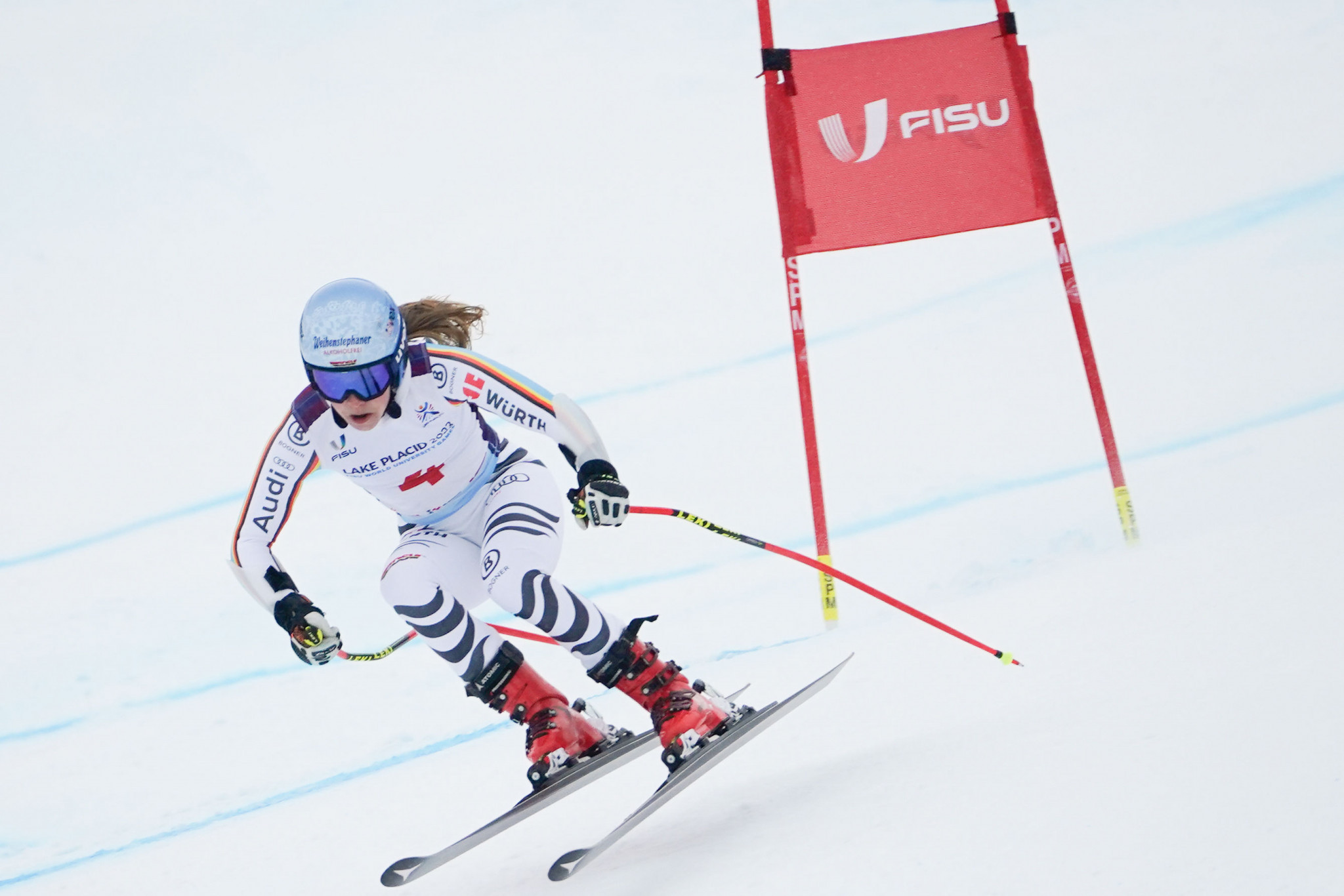 The Super-G events were scheduled to take place yesterday, but poor weather conditions and a lack of snow meant they had to be pushed back.

The delay had little effect on Zabystran as he produced a flawless run at Whiteface Mountain to post a time of 58.35sec.

It secured his country's first win in Upstate New York and the first of five golds on day two of competition.

He registered 58.76 to bag the silver medal before Switzerland's Eric Wyler went straight after him and secured bronze, just 0.42 slower.

In the women's event, Dorigo went fourth out of the 35 competitors but it was clear that her 52.18 was going to be a winning time.

Like Zabystran, Dorigo's gold was the first for Germany.

Celia Abad of Spain then prevented another German medal by bumping Leonie Flötgen out of the top three with 52.79 on the clock.

Vadim Kurales clinched the men's 15km victory after a near-perfect performance from the shooting range helped him to excel with the skis.

The Kazakh missed just one shot in four outings to range, alternating from prone to standing positions, and registered a time of 42min 37.4sec.

Norwegian Oerjan Moseng did just enough for silver in 43:20.0, despite missing a shot at all four range visits while Axel Garnier of France followed him across the line 33.9 later for bronze.

A dominant Shilo Rousseau of Canada surged to gold in the women's 12.5km individual race.

She shot clean twice in between a singular miss in her first and last rounds.

This gave her almost a minute more penalty time than the second-place finisher but she was rapid in the cross-country element to finish in 42:52.9 on the clock.

Barbara Skrobiszewska of Poland won the silver medal with just one shooting miss to her name and a time of 43:41.3.

The ice dance was the last medal event on the programme and saw France's Marie Dupayage and Thomas Nabais shock the Olympic Center with a score of 107.32 to take victory away from favourites Lorraine McNamara and Anton Spiridonov.

The American duo registered 106.21 while another French pair won gold in the form of Natacha Lagouge and Arnaud Caffa with 99.14.