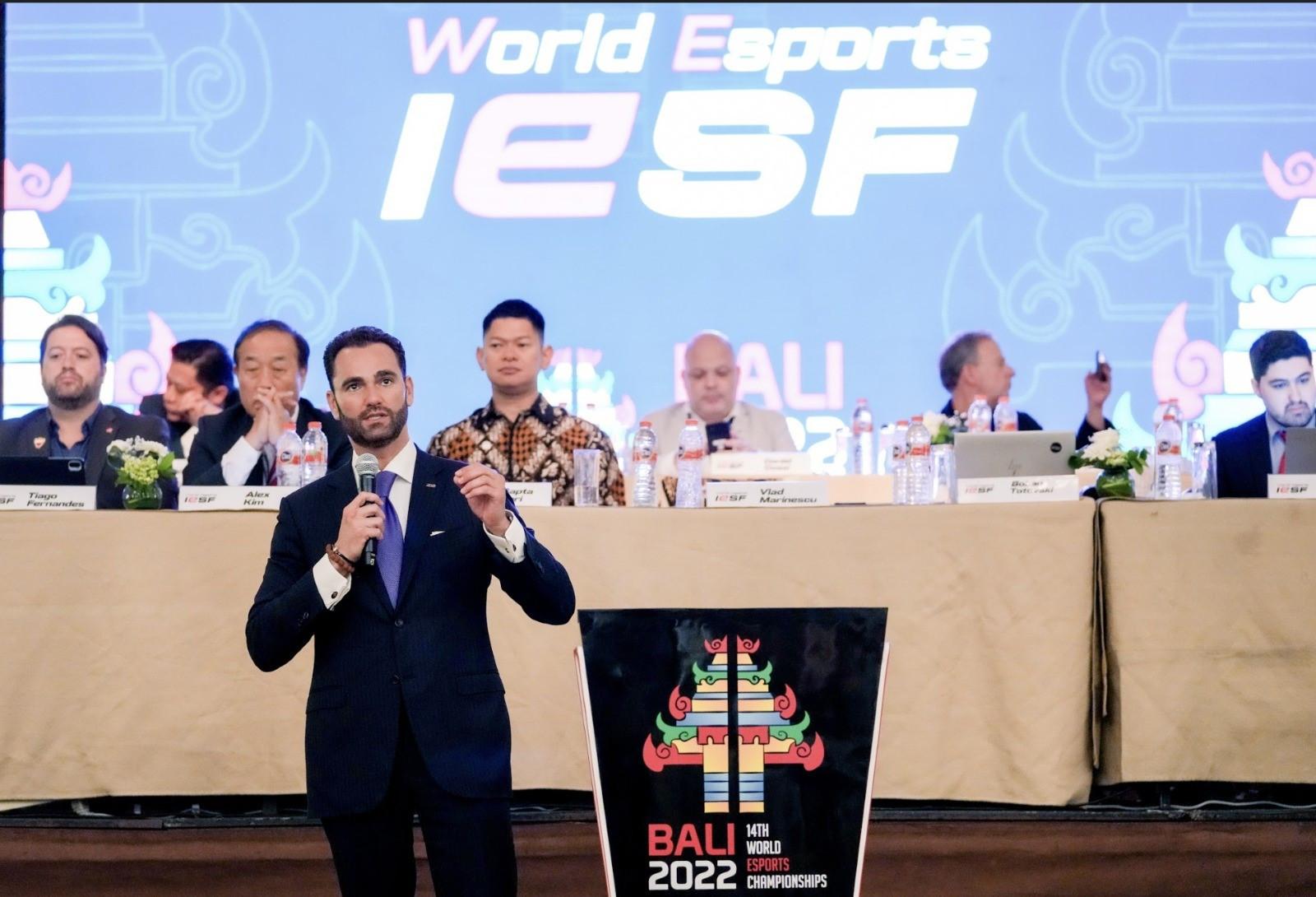 Sheikh Sultan, the Asian Esports Federation President from the United Arab Emirates, was supposed to stand against the Romanian-American Marinescu at the 2020 election, but decided to withdraw before the vote.

He did the same today, contacting the organisation to say he would withdraw his candidacy.

Marinescu still had to be approved in a vote, with a "no" vote potentially triggering no confidence in the incumbent.

Unsurprisingly, he did not have any issues, and was elected with 65 of the 68 votes in his favour, with three abstentions; and was met with a standing ovation upon the announcement of the results

He first became President of the IESF in May 2020 when South African Colin Webster stepped down, and had his candidacy solidified by winning the election in December later that year.

Marinescu is to serve a three-year term, ending in December 2025.

Sheikh Sultan was elected the IESF vice-president in 2019, a position he held for two years.

"I thank you for your trust," said Marinescu at the General Meeting.

"I promise that we will be united and that we can change the world."

Iran's Loghman Shavarany was elected to the Membership Committee with 64 per cent of the vote against Mondher Iban Hassen from Tunisia.