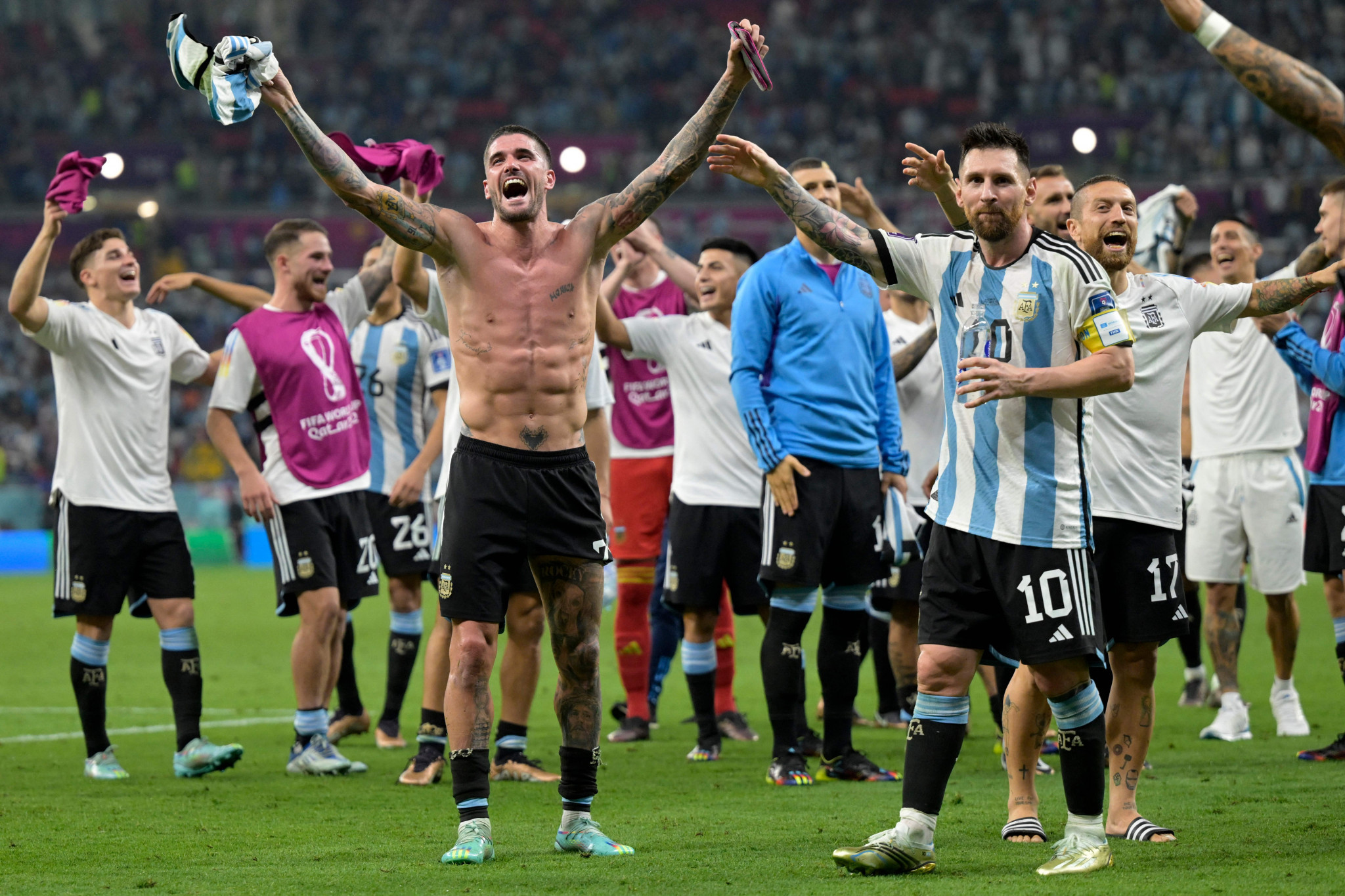 Argentina survived a scare to edge Australia 2-1 to reach the quarterfinals of the Qatar 2022 FIFA World Cup.

Until then, Argentina were barely threatening Australia, but with 10 minutes to go for the first half, Messi curled in a low shot to beat goalkeeper Mathew Ryan.

Ryan had a day to forget when a bad touch in the box gifted Julián Álvarez, who scored Argentina’s second.

The Manchester City striker made no mistake, slotting in calmy in the 57th minute.

A deflected Enzo Fernández goal with 13 minutes to go ensured a frantic end to the match.

A solo run from Aziz Behich failed to bear fruit for the Australians as Lisandro Martinez's sliding challenge blocked the shot.

In the end, Argentina managed to eke out a victory to set up a clash with The Netherlands in the next round.

Earlier, The Netherlands defeated the United States 3-1 to progress to the quarter-finals.

🇺🇸 USA had its opportunities but it's 🇳🇱 Netherlands who advance to the #Qatar2022 Quarter-finals!

It took only 10 minutes for Memphis Depay to put the Dutch in front after Christian Pulisic was denied by Andries Noppert earlier.

Depay punished the US for the missed chance, finishing a Denzel Dumfries cross from the right at the Khalifa International Stadium to give them the lead.

Finishing was an issue for the US and Daley Blind doubled the lead for Louis van Gaal's side when they switched off towards the end of the first half.

However, a 76th minute goal from Haji Wright meant it was game on with 14 minutes to go.

But the Dutch responded quickly, with Dumfries scoring a volley at the far post to seal the tie in style.