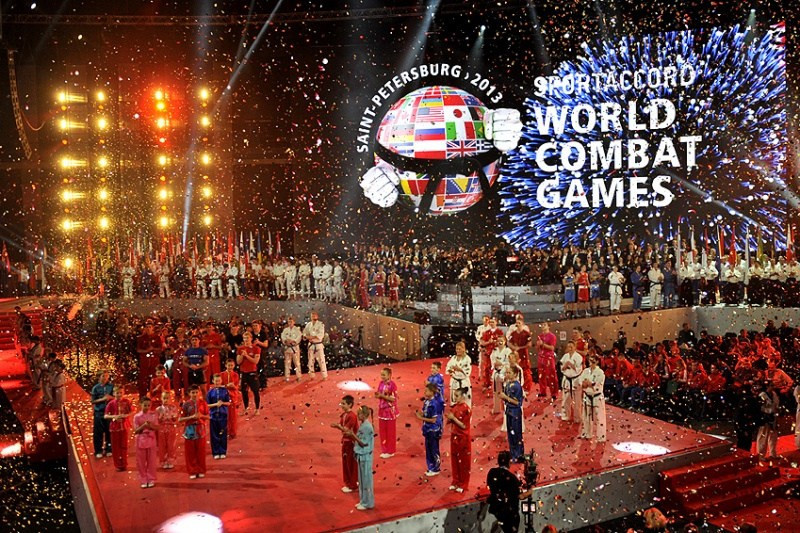 The money is part of CHF5.66 million (£4.9 million/$6 million/€5.74 million) worth of assets contained in the GAISF accounts which is due to be distributed four ways if, as is expected, the umbrella organisation for International Federations is dissolved at a General Assembly here tonight.

The figure is recorded in a briefing note distributed before the meeting at the SwissTech Convention Center as a "donation from the Chinese Olympic Committee (COC) to GAISF received in three equal instalments in 2020, 2019 and 2018".

But insidethegames can report that the COC agreed to pay the money after pressurising then GAISF President and International Olympic Committee (IOC) member Patrick Baumann to scrap a proposal to take the World Combat Games to Taichung, Taiwan’s second biggest city.

Baumann came under intense pressure from the COC shortly after it was announced in November 2017 that Taiwan would host the World Combat Games, a multi-sport event featuring combat sports and martial arts.

"I am indeed astonished to learn of the signing of MOU (Memorandum of Understanding) between the GAISF and the Chinese Taipei representatives regarding the host of the 2019 Combat Games, which is to my deep regret and disappointment," then COC President Gou Zhongwen wrote in a letter seen by insidethegames and sent to Baumann in December 2017,

"The Chinese Olympic Committee supports the Olympic Movement all along and maintains long-term friendship and cooperation with international sport organizations including the GAISF and yourself.

"As a senior leader of the Olympic Movement, I believe you are fully aware of the consistent stance and concern of China regarding the Taiwan question.

"However, the GAISF has awarded the hosting right of the 2019 Combat Games to Chinese Taipei without any open and transparent bid procedure, which is neither in conformity with the Olympic values or the IOC principle of good governance, nor fair for the other members of the Olympic Movement."

Taiwan has been governed independently of China since 1949, but China views the island as part of its territory and Beijing has vowed to eventually "unify" Taiwan with the mainland.

Under an agreement brokered by the IOC in 1981, Taiwan compete as "Chinese Taipei" in the Olympics Games and most major international sports events.

The COC threatened Baumann that if he failed to arrange for the World Combat Games not to take place in Taiwan then other organisations he was involved with, including the International Basketball Federation, where he was secretary general, could suffer.

The SportAccord World Sport & Business Summit, another organisation Baumann was President of, and which had at the time of the letter recently been announced would take place in Beijing in 2020 would also be under threat.

"This decision, if not corrected immediately, will retard the development of the GAISF and even the Olympic Movement, impair the friendship between the Chinese Olympic Committee and the GAISF, and will certainly affect the bid or preparation of the GAISF events in China, including the 2019 FIBA World Cup and 2020 Sportaccord Convention," Gou wrote.

"However, we would solemnly ask you and the GAISF to fully foresee the possible consequences to be caused. I firmly believe that with your wisdom and efforts, this issue could be well resolved."

In the end, after an agreement was reached, the men's FIBA World Cup was held in China and was watched, it is claimed, by a record television audience of more than three billion and generated a further 1.5 billion video views on social media with Spain lifting the trophy.

But SportAccord in Beijing was cancelled due to the outbreak of the COVID-19 pandemic.

The World Combat Games, which made its debut at Beijing in 2010 and then subsequently held in Saint Petersburg in 2013, did not take place in 2019.

They were due to take place in 2021 and were then re-arranged for last year in Nur-Sultan in Kazakhstan before finally being cancelled because of coronavirus.

They are scheduled to take place next year in the Saudi Arabin capital Riyadh.

Gou was replaced as head of the COC in September this year by Gao Zhidan after being awarded the Olympic Order having overseen a successful Winter Olympic and Paralympic Games in Beijing as Executive President of the Organising Committee.