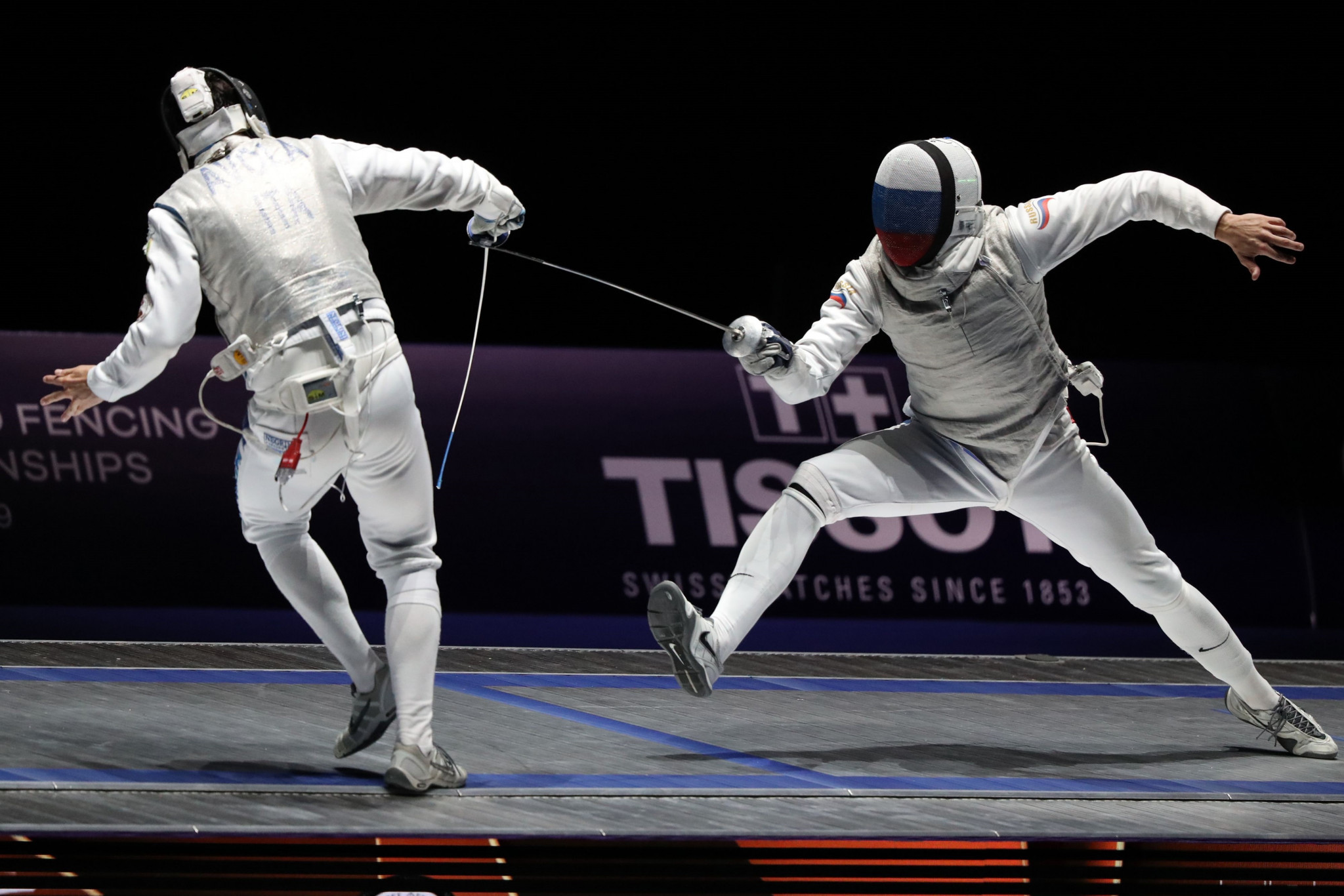 Russian and Belarusian fencers will remain banned from global competitions for a further four months following a decision by the International Fencing Federation (FIE) Congress to delay a vote on their participation.

Members were expected to decide on whether athletes from Russia and Belarus should be allowed to return to events at the meeting in Swiss city Lausanne.

But the FIE Congress opted to postpone the vote and instead agreed to stage an Extraordinary Congress in March where the matter is now expected to be addressed.

The decision prolongs the sanctions against Russian and Belarusian fencers who have been barred from competition since March in response to the war in Ukraine.

Finnish Fencing and Pentathlon Federation President Joonas Lyytinen described the extension of the ban as a "weak victory" but conceded that it was "probably the best outcome that could have been achieved".

Lyytinen was among several officials that called on the FIE before the Congress to ensure athletes from Russia and Belarus remained banned from competition.

He claimed that the worldwide governing body would send a "very strange message" should it lift restrictions against Russia and military ally Belarus.

The USA Fencing and the Ukrainian Fencing Federation (UFF) also urged the FIE to keep the sanctions in place.

Vadym Guttsait is UFF President as well as head of the National Olympic Committee of Ukraine and the country’s Sports Minister.

A decision was also taken by the FIE Congress to ratify Emmanuel Katsiadakis as interim President of the organisation.

The Greek official has been leading the FIE since Uzbek-born Russian oligarch Alisher Usmanov agreed to step aside as President following the European Union's decision to impose economic sanctions on him over Russia's military assault on Ukraine.

Usmanov has also been sanctioned by the United States and United Kingdom.

Another decision made by the FIE Congress was Saudi Arabia being awarded the hosting rights for the 2024 World Cadets and Juniors Fencing Championships.

This year’s event took place in the United Arab Emirates with Bulgaria scheduled to stage the 2023 edition.