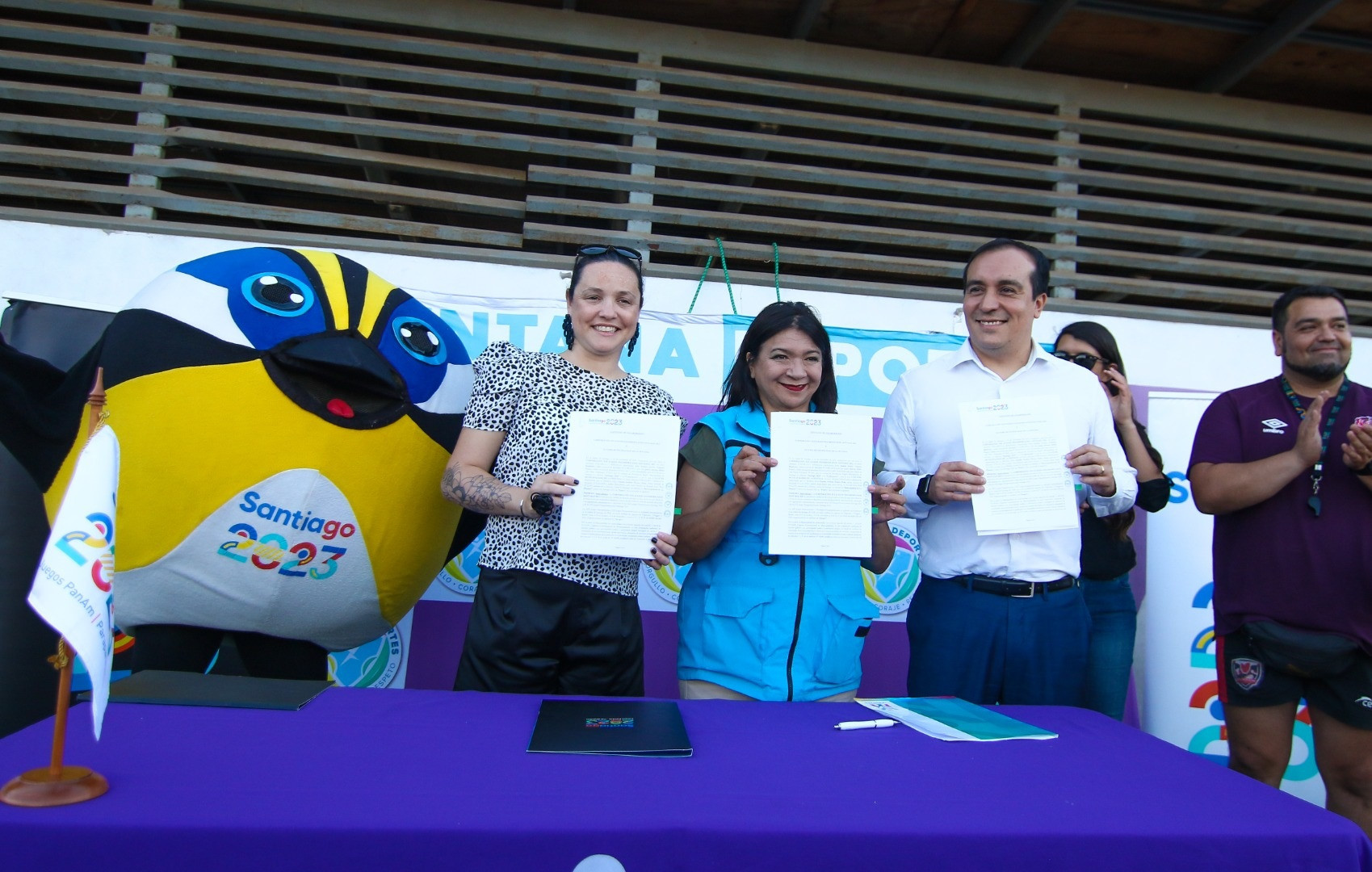 An agreement has been signed for rugby sevens to be staged in La Pintana during the Santiago 2023 Pan American Games.

Santiago 2023 executive director Gianna Cunazza and La Pintana Mayor Claudia Pizarro put pen to paper on the document that confirms rugby sevens will be held at the Municipal Stadium of La Pintana from November 3 to 4 next year.

As well as formulising the cooperation between Santiago 2023 and the Municipality of La Pintana, several events were staged to celebrate the agreement.

Students from different zumba workshops in the commune came together for a "Zumbathon", while more than 120 people took part in some sporting activities.

"This agreement will allow neighbours to get closer to sport, live them with joy, learn different concepts, different contents and have a healthier life with a better quality of life," said Cunazza.

"That is what we expect through the different programmes that we are going to develop in La Pintana."

Pizarro added: "Sport is in the DNA of each Pintanino and Pintanina.

"For us it is very important to host rugby sevens in the next Pan American Games and to make us visible because rugby exists in the commune and has existed for a long time.

"It is impressive, it is working for La Pintana of the future and we are very happy to receive this news."