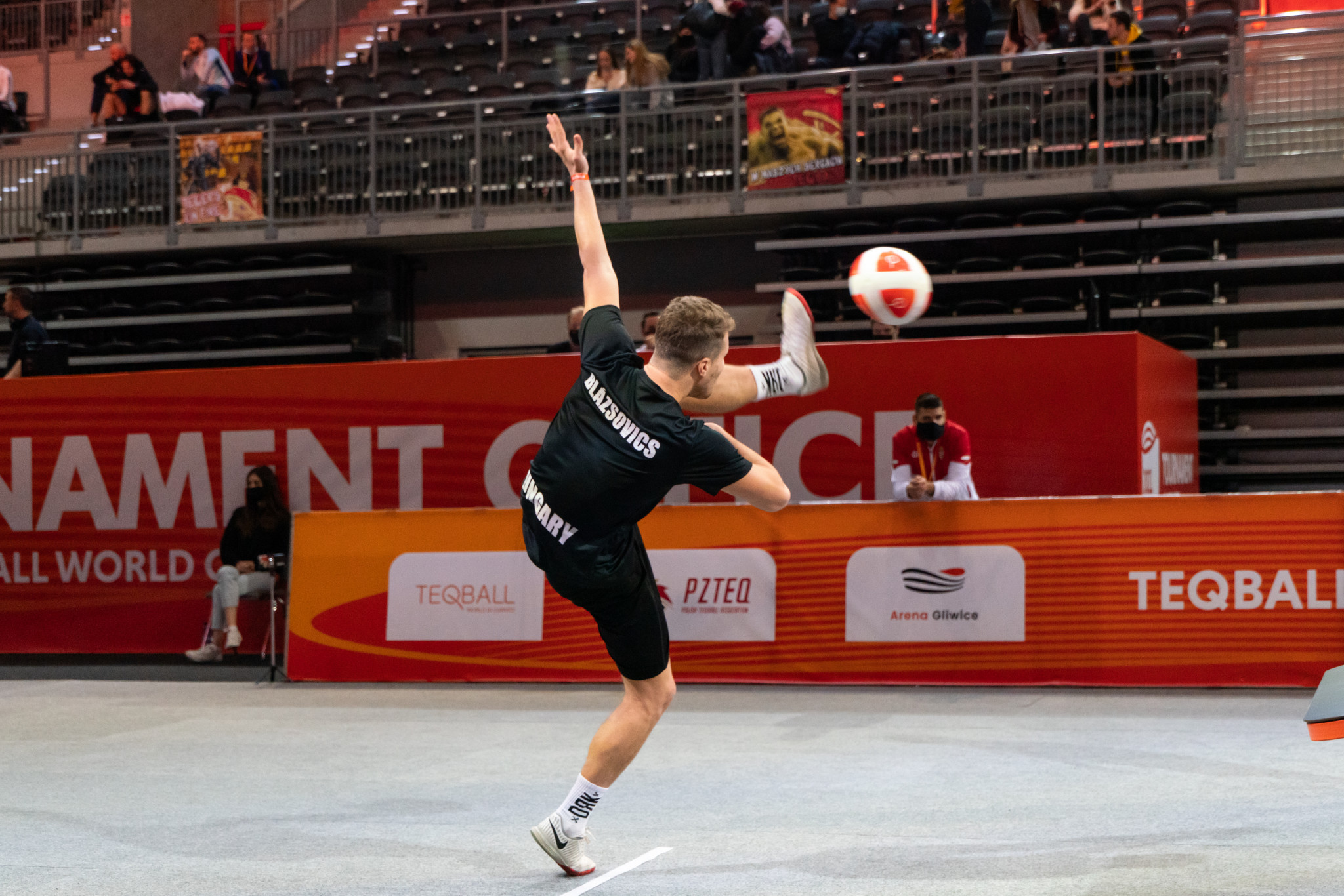 Three-time world champion Ádám Blázsovics has been eliminated in the semi-finals in the men's singles at the Teqball World Championships today, ending his hopes of a third world title in a row.

Duszak was defeated by Blázsovics in last year's final and sought revenge at the right time.

On the other side of the bracket, Romanian Apor Györgydeák guaranteed his best-ever finish at the World Championships in singles competition, ensuring he made the final with a 12-5, 12-4 win over Luka Pilic of the United States.

Györgydeák had notoriously underperformed last year - finishing fourth - but the world number one put those doubts to bed with his victory today.

Defending women's singles champion Anna Izsák of Hungary, is in the final again after beating Amelie Julian of France in three games 12-3, 6-12, 12-8.

There was success for Brazil in the women's doubles after Fontes and team-mate Natalia Guitler defeated Romania's Katalin Dako and Kinga Barabasi 12-7, 11-12, 12-7 for bronze.

They had lost in straight games to Hungarians Zsanett Janicsek and Lea Vasas in the semi-finals 12-8, 12-9.

Greco and Maggie Osmundson from the United States defeated Dako and Barabasi 12-11, 12-10 to make the final too.