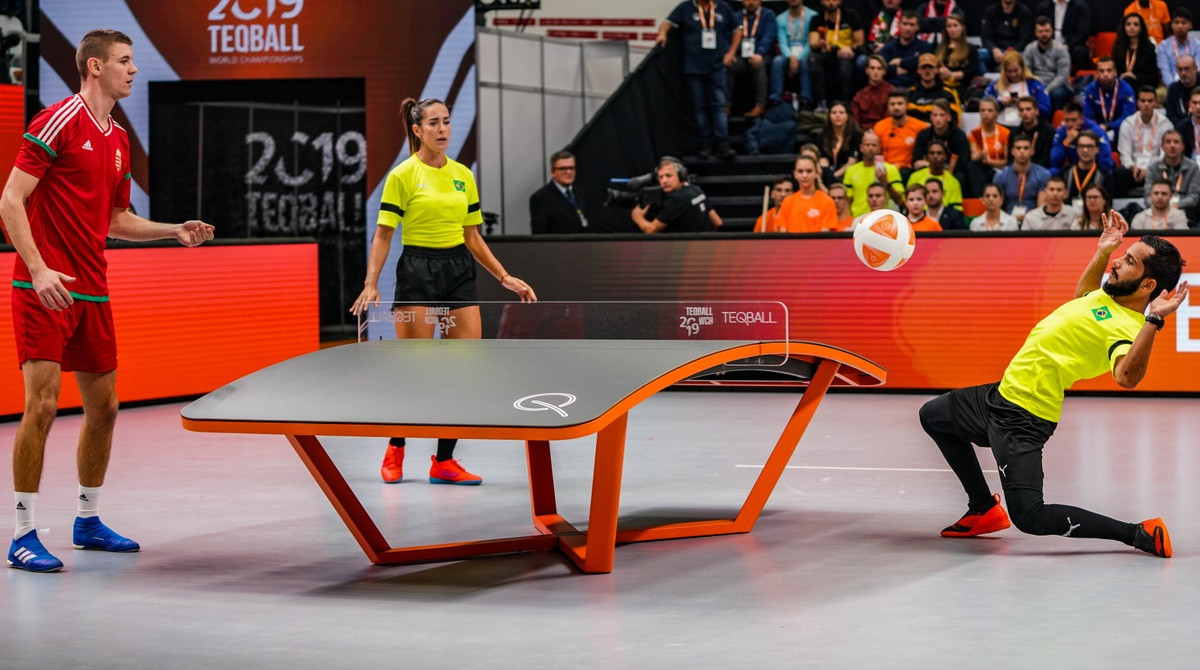 The 2022 Teqball World Championships are set to get underway tomorrow in Nuremberg, with its fifth edition.

It is to be the first Championships with video assistant referee (VAR) as well.

VAR is already a staple part of football.

Action is set to take place at the KIA Metropol Arena over five days, with finals set for Sunday (November 27).

It is the second Championships to feature all five disciplines, following the addition of women's singles and doubles last year in Gliwice.

There is also men's singles and doubles competition and mixed doubles.

The Hungarians were in terrific form last year, winning three of the five gold medals.

Ádám Blázsovics won the men's singles and Anna Izsák was victorious in the women's singles; while Zsanett Janicsek and Csaba Bányik took the mixed doubles crown.

Romanian Apor Györgydeák has never made the final despite being one of the favourites to do so last year - and comes into Nuremberg as the world number one in the men's singles.

France's Julien Grondin, Poland's runner-up from last year Adrian Duszak and Csaba Bányik are all major contenders for gold too.

Izsák is top of the women's singles standings ahead of compatriot Krisztina Acs, while Paulina Lezak from Poland is third in the world.

American Carolyn Greco will be a threat too, having finished third last year before Izsák and Lezak.

The action is being streamed live through Teq TV here