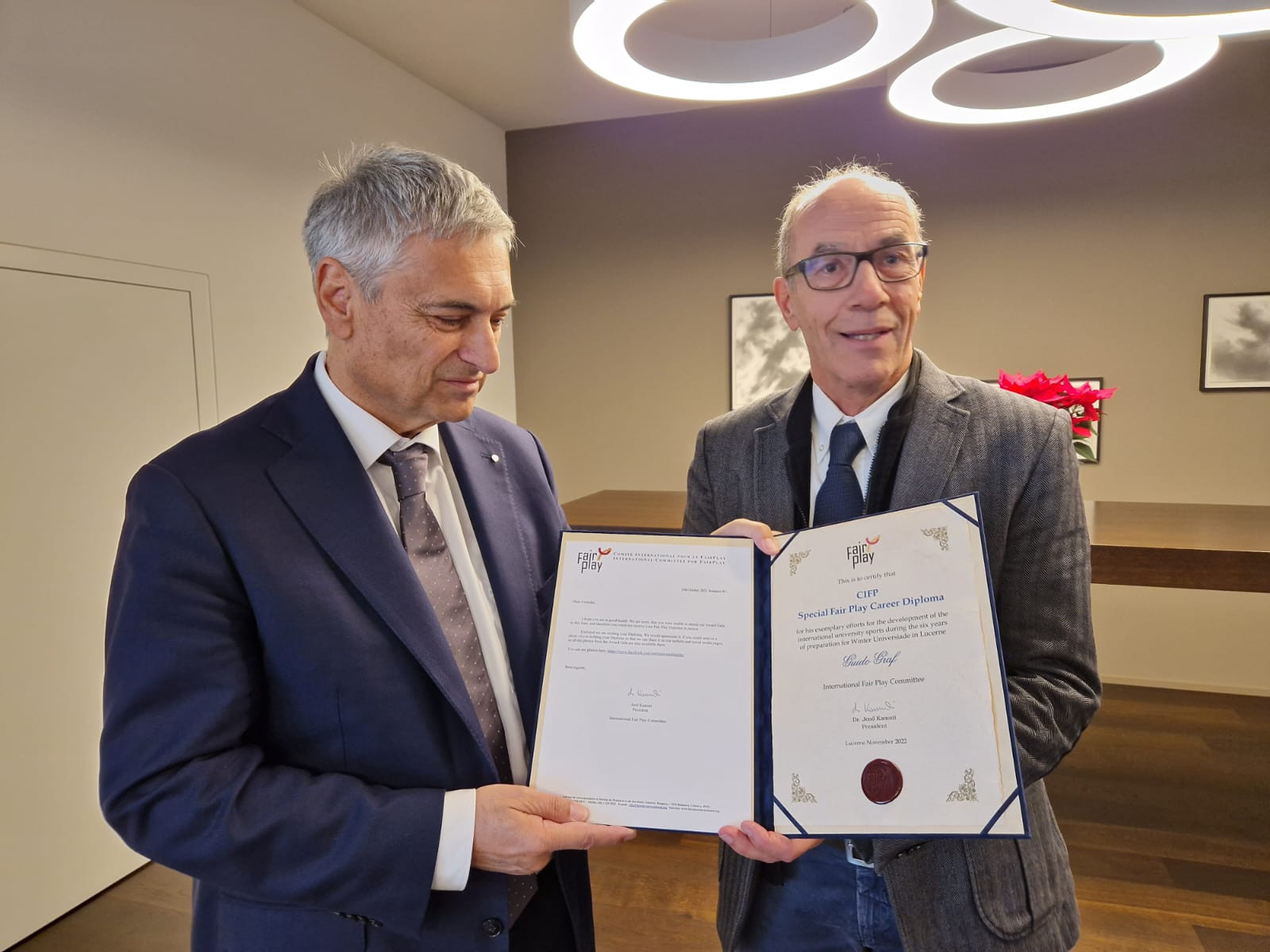 Guido Graf, the President of the Lucerne 2021 Winter Universiade Organising Committee, has received the Special Fair Play Career Diploma from International University Sports Federation (FISU) Acting President Leonz Eder for his contribution to the event before it was cancelled due to COVID-19 restrictions.

Eder gave Graf the accolade on behalf of the International Fair Play Committee, recognising six years of preparations laid by the organisers.

"This award belongs to the entire organising team of the Lucerne 2021 Winter Universiade," said Graf, who is also the President of the Department of Health and Social Affairs of the Canton of Lucerne.

"Even if we did not reach the top of the mountain because of the pandemic, we fought until the end and are proud of the work done by all people and all cantons in Central Switzerland and Graubünden."

Lucerne was due to hold the Winter Universiade at the beginning of 2021, but the COVID-19 pandemic delayed the event to December 11 to 21 in 2021.

Emergency COVID-19 social restrictions were put in place in late November after a new variant of the virus was discovered, leading to the Universiade's cancellation.

Cruelly, restrictions started to ease with a week to go until the event had been planned, but it was too late to reverse the decision made by the organisers to cancel.

"Today was a small event, but it means a lot for those people who were hard working for six years with the entire community of Lucerne and central Switzerland," said Eder.

"FISU appreciates their achievements, which were presented during the recent FISU Executive Committee in Brussels.

"We do hope that sooner or later we will come back to Lucerne for the FISU Winter World University Games."

Following the cancellation of the event, Lucerne has been mentioned as a potential destination for the 2027 FISU Winter World University Games, with no host yet announced.