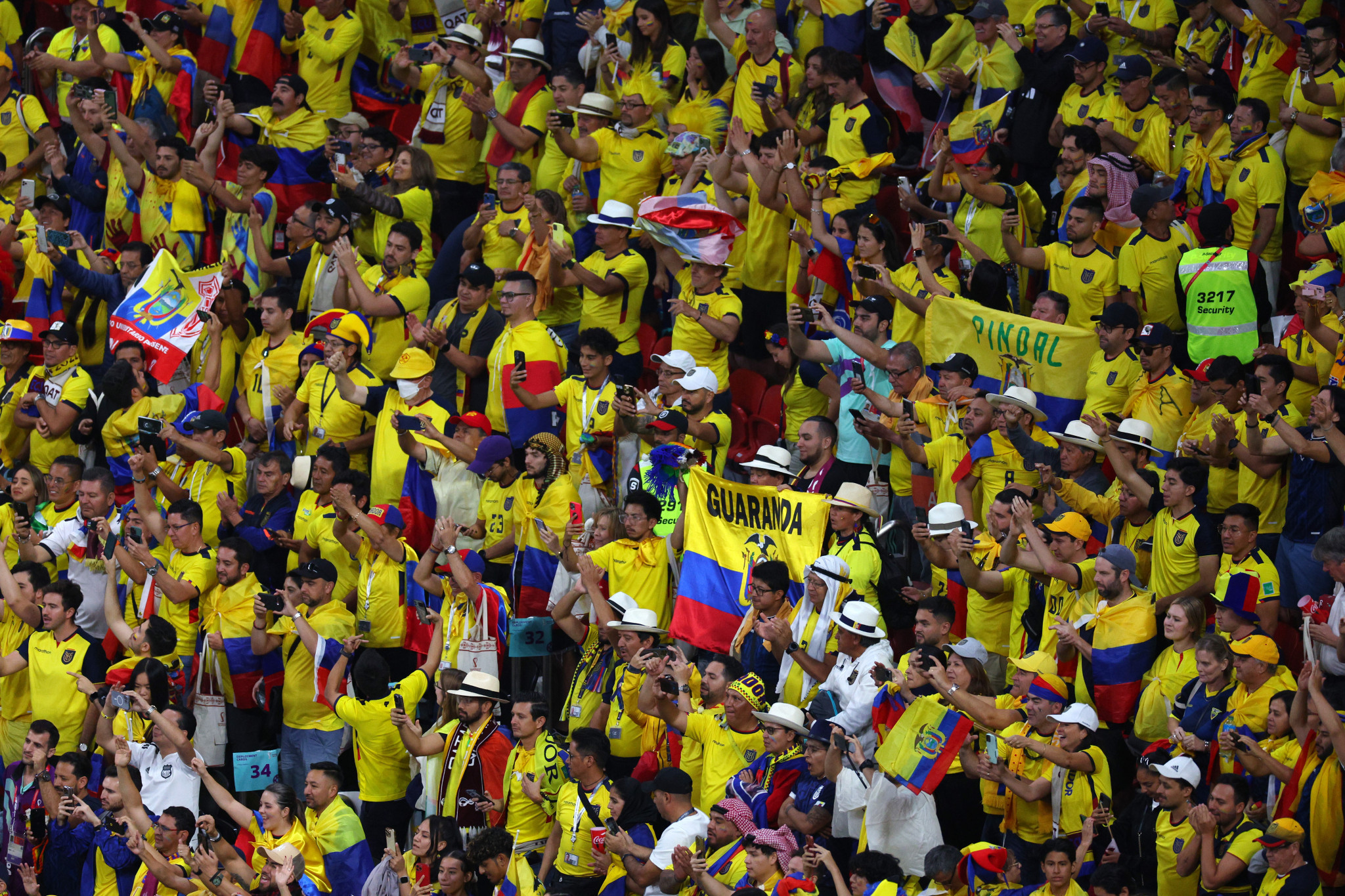 FIFA has opened disciplinary proceedings against the Ecuadorean Football Federation (FEF) following accusations of homophobic chants during the World Cup opener against Qatar on November 20.

The global governing body has cited article 13 of its disciplinary code and sanctions could include playing games behind closed doors or a ban from certain venues.

It is reported that the fans were singing the chants about Chileans in particular.

Ecuador won the match 2-0 as captain Enner Valencia scored a brace to sink the host nation.

The 33-year-old's double set a new record as it made him Ecuador's top scorer at the World Cup finals with five goals.

Prior to the tournament, the Football Federation of Chile (ANFP) launched a plea to the Court of Arbitration for Sport (CAS) to kick Ecuador out of the World Cup.

The ANFP had claimed that defender Byron Castillo was born in Colombia and therefore not eligible to play for Ecuador.

CAS rejected the claim earlier this month, but did partially uphold the appeal and was satisfied that Castillo was born in Colombia - not Ecuador as the FEF had claimed.

It ruled last month that Castillo was eligible to play for Ecuador in FIFA World Cup qualifying, so rejected the claim that the FEF had broken the 22nd article of the FIFA Disciplinary Code.

Castillo can play for Ecuador as his nationality is determined by national law, and Ecuador recognises him as an Ecuadorian national, the CAS verdict reasoned.

Had Castillo been declared ineligible as the ANFP had hoped, and all of the games he played in reclassified as 3-0 wins for Ecuador's opposition, Chile would have jumped from seventh to fourth in the South American standings and qualified for the World Cup.

Following the saga, Castillo was omitted from Ecuador's squad over fears it could lead to "unjust sanctions".