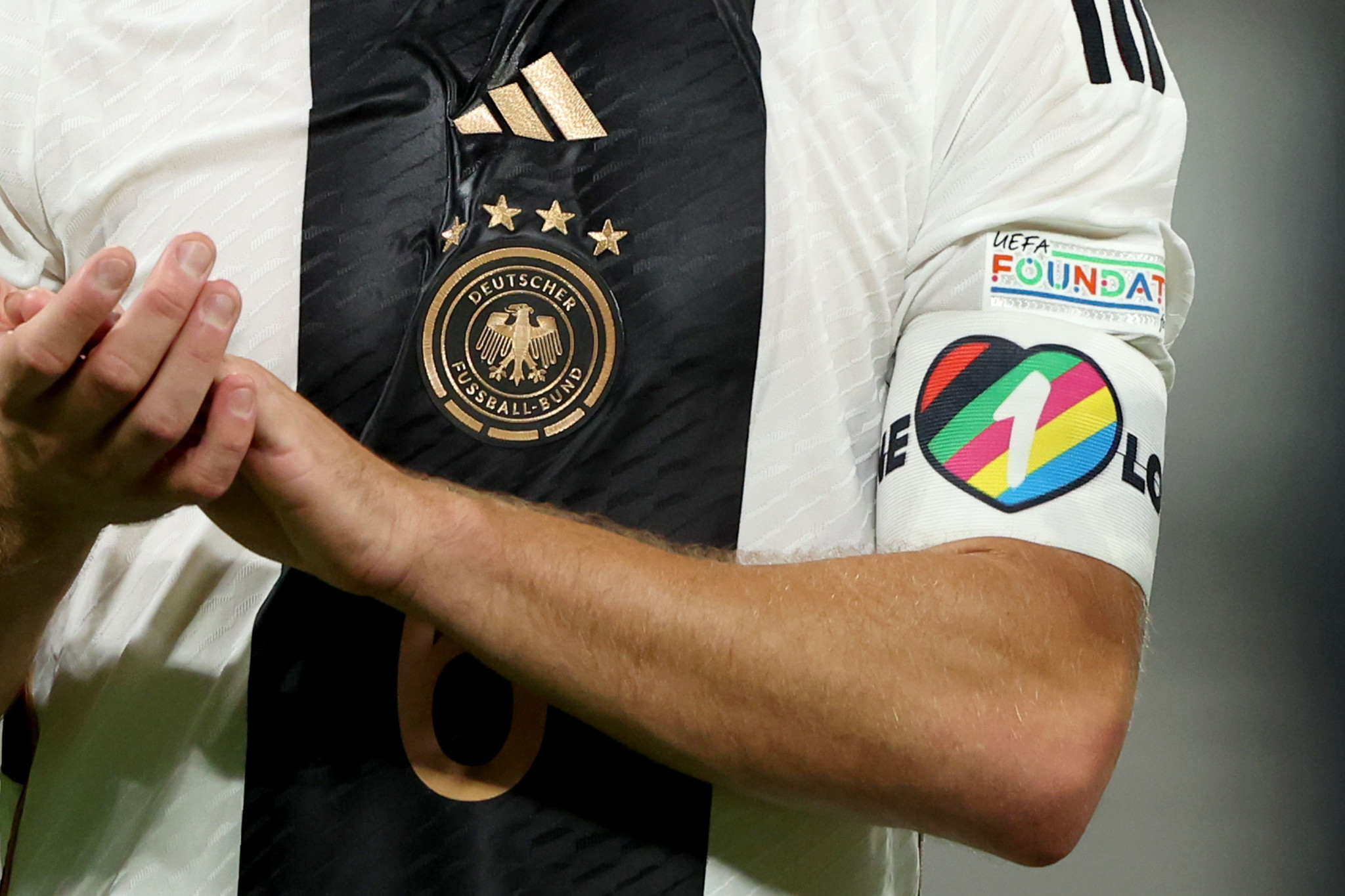 Seven European nations are expecting not to wear the OneLove armband, whose campaign looks to promote inclusion and anti-discrimination, at the Qatar 2022 FIFA World Cup over fears of being reprimanded by FIFA on-field.

England, Wales, Germany, Belgium, The Netherlands, Denmark and Switzerland were all planning to use the armband for their captains, supporting lesbian, gay, bisexual, transgender and queer (LGBTQ+) rights in Qatar, a country where homosexuality is illegal.

"FIFA has been very clear that it will impose sporting sanctions if our captains wear the armbands on the field of play," said all seven Football Associations in a joint statement.

"As National Federations, we can't put our players in a position where they could face sporting sanctions including bookings, so we have asked the captains not to attempt to wear the armbands in FIFA World Cup games.

"We were prepared to pay fines that would normally apply to breaches of kit regulations and had a strong commitment to wearing the armband.

"However, we cannot put our players in the situation where they might be booked or even forced to leave the field of play.

"We are very frustrated by the FIFA decision which we believe is unprecedented - we wrote to FIFA in September informing them of our wish to wear the OneLove armband to actively support inclusion in football, and had no response.

"Our players and coaches are disappointed - they are strong supporters of inclusion and will show support in other ways."

Harry Kane and Gareth Bale, captains of England and Wales respectively, could have been some of the players booked or told to leave the pitch for wearing the armbands.

The OneLove initiative was introduced by The Netherlands prior to EURO 2020 last year.

Amnesty International said FIFA should not have forced the nations on this issue.

"Last-minute threats to sanction players for wearing messages in support of human rights and equality is the latest example of FIFA failing to fully uphold its own values and responsibilities," said Steve Cockburn, Amnesty International's head of economic and social justice.

"Sport does not happen in a vacuum and these are issues on which FIFA should be leading, not cracking down on.

"Agreements on armbands, and better protections for LGBT communities, should have been reached a long time ago.

"We applaud the courage of teams and players who have spoken out about human rights and we hope they continue to do so.

"Fans, players and FAs want to ensure that football can be a vehicle to promote human rights, and FIFA needs to heed these calls quickly.

"It must not only encourage messages of equality, but take proactive action to ensure LGBTI people are protected."

FIFA say captains can wear a "no discrimination" armband without punishment.

This armband was introduced by the governing body on the eve of the tournament - which started yesterday with Ecuador beating the hosts Qatar 2-0 - in partnership with three United Nations agencies.

It was supposed to be brought in from the quarter-final stage, but this has been brought forward.

At the time it was announced, the Football Association - England's football governing body - said it was not aware of the new FIFA armbands before Friday night (November 18).

England are set to play Iran today, while The Netherlands are in action against Senegal.

Wales are scheduled to play their first FIFA World Cup match since 1958 tonight against the United States.