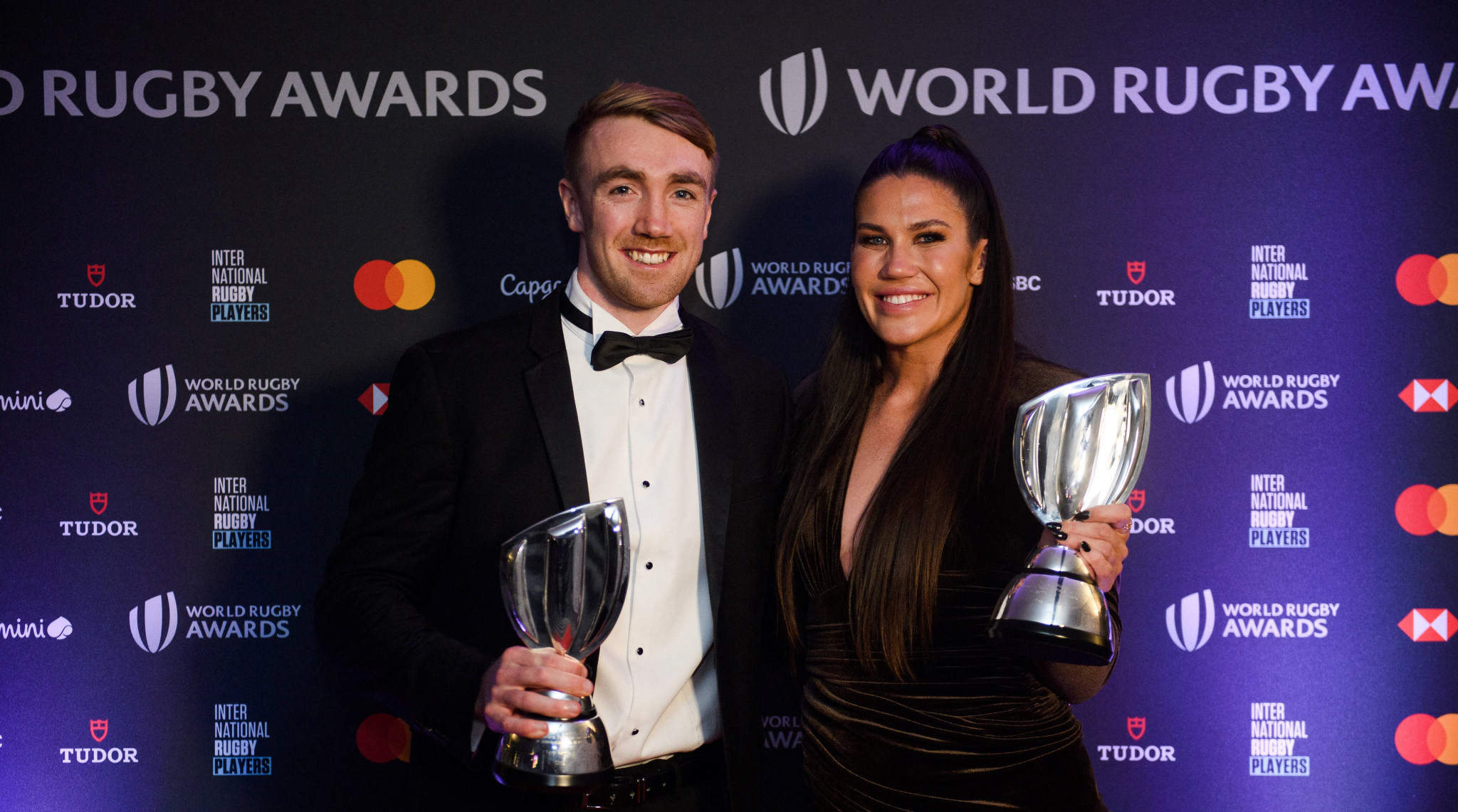 Caslick was one of three Australians shortlisted and won through to collect the prize for a second time as the World Rugby Awards unfolded at Monaco's Salle des Étoiles.

"I think for us we've just had a really fun year," Caslick said.

"As a group we've really reflected on the past 18 months I guess from Tokyo Olympics and that disappointment and, yeah, turned it around and had a great season."

Irishman Terry Kennedy, who scored 50 tries in the Sevens Series, took home the Men's Sevens Player of the Year award.

Kennedy also helped Ireland to a third-place finish at the World Cup and said "it's incredible what we've done in the last few years", remembering Ireland only returned to the World Rugby Sevens Series in full in 2019.

Kennedy was not the night's only Irish winner.

Josh van der Flier was named Men's 15s Player of the Year - just the third Irishman to claim the honour after Johnny Sexton and Keith Wood.

Team-mate Ruby Tui was crowned Women's 15s Breakthrough Player of the Year and also presented with a new World Cup medal, having given hers away to a fan.

South African Tappe Henning claimed the top refereeing honour and is credited with having played a key role in the development of referee standards in Scotland and South Africa.

England's Abby Dow took home the International Rugby Players Women's Try of the Year prize for finishing off a flowing team move in a World Cup semi-final win over Canada.

A try heard across an entire nation.

Chilean Rodrigo Fernández won the men's prize for his great solo effort against the United States on a sodden pitch which helped Chile qualify for next year's Rugby World Cup.

"On a special night, there was so much to celebrate about a remarkable 2022, but for me it was the power of personality that has stood out this year," World Rugby chairman Sir Bill Beaumont said.

"The way that players engage with fans and their accessibility shows that high-performance athletes can and should be themselves and have fun.

"They inspired, they moved and they played brilliant rugby."