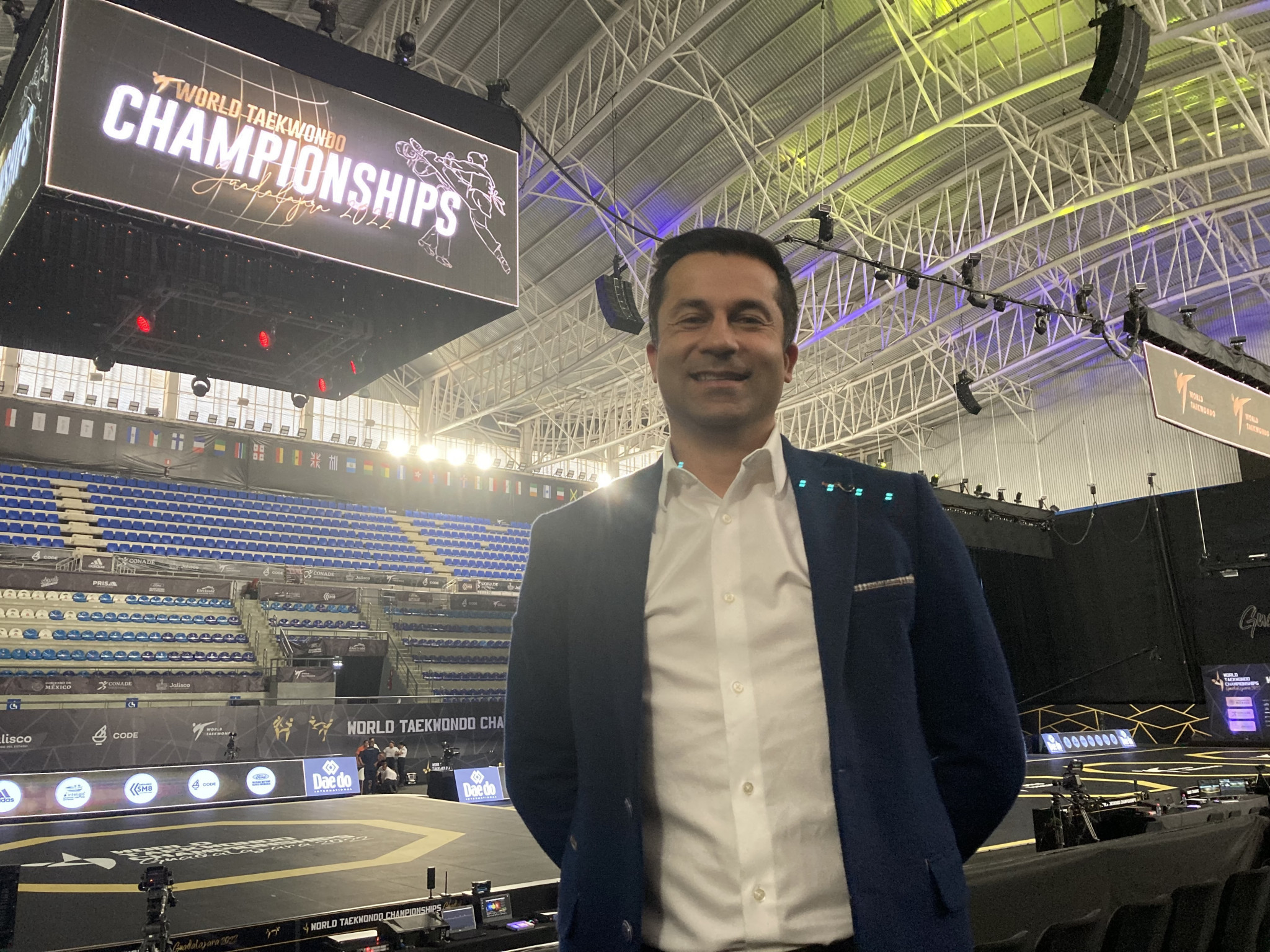 A new professional taekwondo league is set to be launched next year with the ambition of bettering the Ultimate Fighting Championship (UFC).

Two seasons of the new United Battle League (UBL) are planned to be held in 2023 and 2024 following the staging of two pilot events.

Former Canadian taekwondo player Ali Ghafour is the founder and chief executive of the league that he believes "can be bigger" than the UFC.

The UBL is set to consist of three players per team from eight countries with matches taking place across 11 shows.

It claims to be the first martial arts competition in the metaverse where fights between the athletes take place in a studio but are shown in virtual destinations which fans can access from all over the world.

Matches will be played in a best-of-three format and last a maximum of two minutes with the UBL using World Taekwondo rules as a foundation for the competition.

However, the scoring will be similar to that used in the popular video game Street Fighter with the winner of each round determined by the level of their "health bar" which goes down when they are hit.

Competition is powered by 2020 Armor worn by athletes which records all the strike data that is used to determine the score.

Want to find out more about real Martial Art fights in the Metaverse. Come with us into Heemang and learn about the technology that connects the fighters with the Metaverse. Watch the full show for free on https://t.co/jGdf0hnlOs
#unitedbattleleague pic.twitter.com/H2EY15bh3N

Speaking on the sidelines of the World Taekwondo Championships in Mexican city Guadalajara, Ghafour told insidethegames he wanted to "draw as much star power as possible" as he expressed his high hopes for the UBL's future.

"For me, it was a [Jean-Claude] Van Damme movie.

"They usually watch something, get exposed to martial arts and take it up.

"There is not that much consistently out there other than UFC that's widely successful.

"But when you look at UFC, it doesn't exemplify the core values that you will see presented at every taekwondo school which are courtesy, integrity, perseverance, self-control and indomitable spirit.

"Even as a martial artist, I find it very hard to watch as it is very brutal and no one knows what is going on unless someone gets knocked out or submitted.

"I thought there were a lot of gaps that needed to be filled and that’s the UBL.

"It is something that is clear and transparent, easy to understand and accessible to the masses as anyone can watch it.

"If you take a six-year-old or a 60-year-old, they would know what is going on with the scoring and it’s team based.

"I think it’s the first professional league that men and women can be on the same team.

"Obviously men fight men and women fight women but that’s a very unique concept and when you look at those things, the UBL can be bigger than the UFC - I truly believe it.

"The oldest sports in history are combat sports, but I feel that other sports have moved ahead in making themselves more accessible.

"I think that’s what the UBL is out there to do - present martial arts to the masses for everybody to enjoy."

Ghafour also revealed that he had held talks with the World Taekwondo in a bid to gain the support of the worldwide governing body.

"There is nothing we can say publicly yet but what I can say is that they like what we are doing," said Ghafour.

"What World Taekwondo is very good at is not being afraid of changing.

"A lot of people complained about the rule changes but they are in an attempt to adapt.

"When you have that sort of mindset, you are then open to a concept like the UBL."