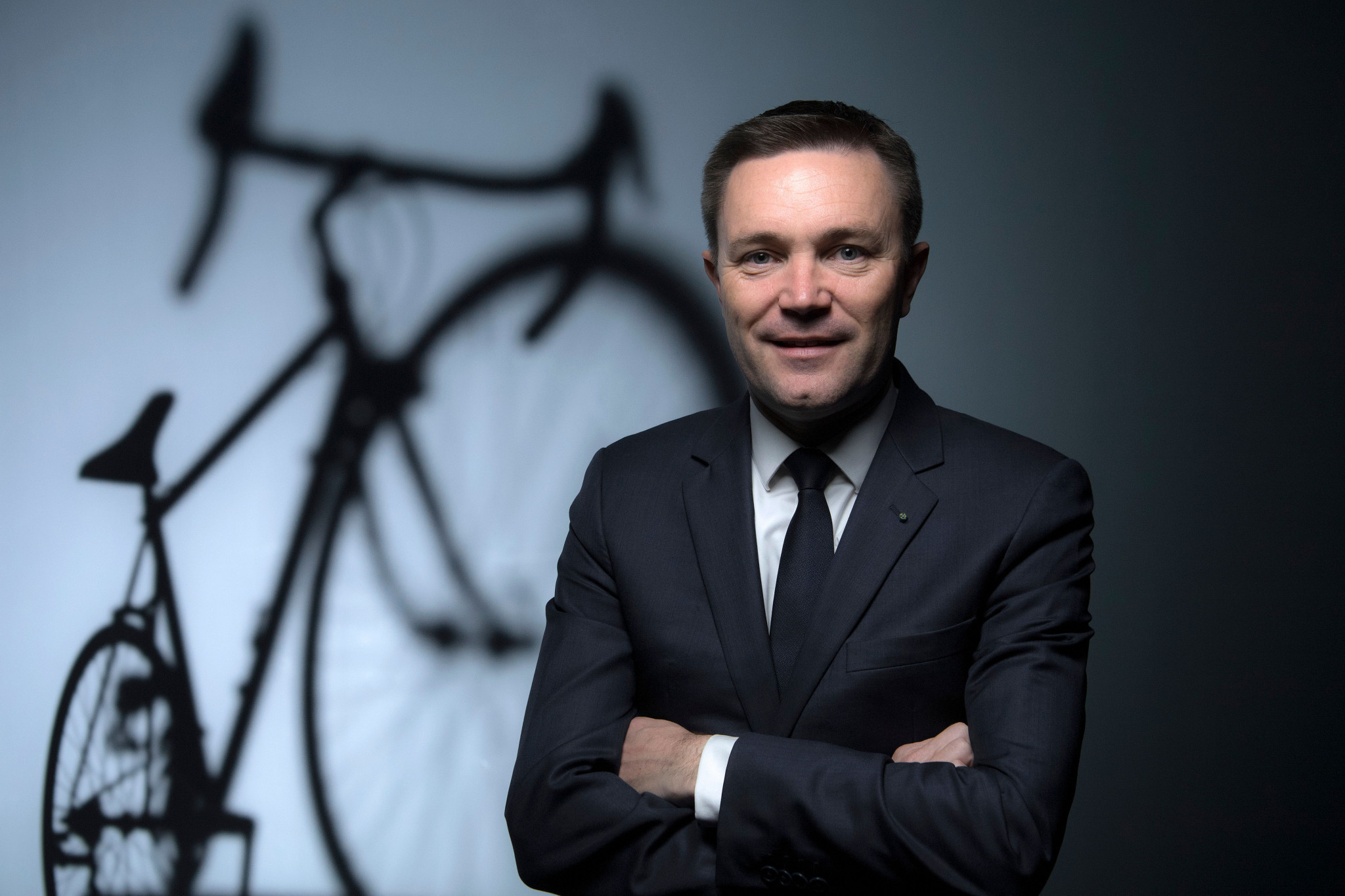 International Cycling Union (UCI) President David Lappartient has insisted here that "today we are the sport of anti-doping".

Lappartient was first elected as UCI President in 2017, unseating Brian Cookson, and re-elected unopposed for a second term last year.

Among his tasks since taking over has been repairing the sport's reputation following a series of high-profile doping cases.

The French official expressed a belief that the UCI had improved its anti-doping measures, but acknowledged that it must remain proactive in tackling all forms of cheating.

"I would say it's a big challenge because to lose your credibility takes only five minutes, to regain the credibility takes 20 years, so we are on the right way, but if you ask people in the street which sport sometimes symbolises anti-doping, you will have maybe weightlifting and some other sports, but cycling will probably be part of the front bunch," he admitted to insidethegames.

Pleasure attending the @Host_City Forum alongside Chair of @CyclingWorlds, @PaulBush8 as we sat down for a Q&A on the inaugural 2023 UCI Cycling World Championships

Cycling will be showcased to the world on a scale never before seen!#GlasgowScotland2023 pic.twitter.com/a96itRvXsc

"I would say today we are the sport of anti-doping.

"We decided this year to increase by 25 per cent for next year the budget allocated to anti-doping, which is for us CHF10 million (£8.9 million/$10.6 million/€10.2 million), so that is huge, nobody else in the world is spending the same level of financial resources as cycling.

"But it is not just about this.

"We moved all our programme to the ITA, the International Testing Agency.

"It is going well.

"They are working also on the networks, investigation and that's key for cycling, so I would say that really we can see real cycling.

"I really have the feeling that it is getting better, but I am not too naïve to think that everything has been completely clean, and I don't think that this will happen one day in all the sports.

"We still have to fight.

"The only thing we want to mention is we want the cheaters to know that one day we will catch them if they do something wrong.

Lappartient, a part of the World Anti-Doping Agency (WADA) Foundation Board, called for greater resources to be devoted to the fight against doping.

"I am a member of this Board, and I think it is also recognition for cycling to be now part of the Board, but I think that worldwide we do not spend enough money into research because you can have the best testing programme of the world, but at the end it is also about finding substances, finding things," he said.

"We need also, and this is something we are now really strong on, investigation and networks, because we know the networks in doping are not only in cycling, they are also dealing with all the sports and that's key.

"Tomorrow what we have also - we are not in the front of the bunch for this but we have to be very careful - is about match-fixing and these kind of things with betting.

"It's more difficult to organise a betting system in cycling, this is why maybe we are not so involved in this, but my mission is also to protect our sport.

"We know it has been the case more specifically in tennis or other sports.

"They have a lot of imagination to find new ways to cheat, so we have always to be awake on this."

Earlier this year at the Session in Beijing, Lappartient was elected as an International Olympic Committee (IOC) member.

The Olympic Movement has been confronted by war in Ukraine since, in response to which the IOC has recommended the non-participation of Russian and Belarusian athletes at international events as part of what it describes as a "protective measure".

The UCI still allows Russian and Belarusian to take part in some races, without national flags and symbols being displayed.

Lappartient reflected on his time as an IOC member, underlining his belief in the principle of political neutrality.

"I was elected in China during the COVID period, and the first new Olympic Session will be next year, there was no Olympic Session in between, but I am involved in discussions with the IOC, so it's great to be part of this," Lappartient said.

"I also take this as a recognition for cycling, and as a way to contribute to the Olympic Movement.

"It's not just about defending our own discipline, but to support the Olympic values.

"It is not a way to support anybody, but it is just to keep the Olympic spirit, which is really important for us.

"The Olympic Games were and are a tool of the Olympic goal, not the other way."

Lappartient was speaking after addressing the Host City 2022 Conference and Exhibition, where he discussed the inaugural unified UCI Cycling World Championships set to be held in Glasgow next year, featuring 13 disciplines.

The BMX freestyle, BMX racing, road, mountain and track disciplines all feature at the Olympics, and while Lappartient's primary concern is maintaining the 22 medal events cycling had at Tokyo 2020, he mooted potential further additions which would not require an increased number of riders at the Games.

"I would say like all IF [International Federation] Presidents, the more we have the better it is for our sport, but I'm really on board with President Bach's vision to make sure that the Games will not be always bigger, because then you have a lot of criticism against the Games and it's difficult to find organisers, then the budget will also increase and we have to be reasonable," he said.

"The goal for the present is to say around 10,500 athletes, and for this you have to make choices.

"The goal for us is first of all to keep the five Olympic disciplines we have.

"We believe it is key.

"We apply maybe to have BMX flatland, to have team time trial mixed relay, to have mountain bike short track, and for these last two disciplines you do not need extra quotas for this and for BMX flatland you need 12 and 12, but the first thing for us is to keep the five Olympic disciplines we have.

"After if we could have one of the others that could be nice, and also one day why not have also one e-cycling medal, because we can use the same quotas, no extra athletes, and that could also be important for us, but not instead of the existing disciplines, which is key for us."