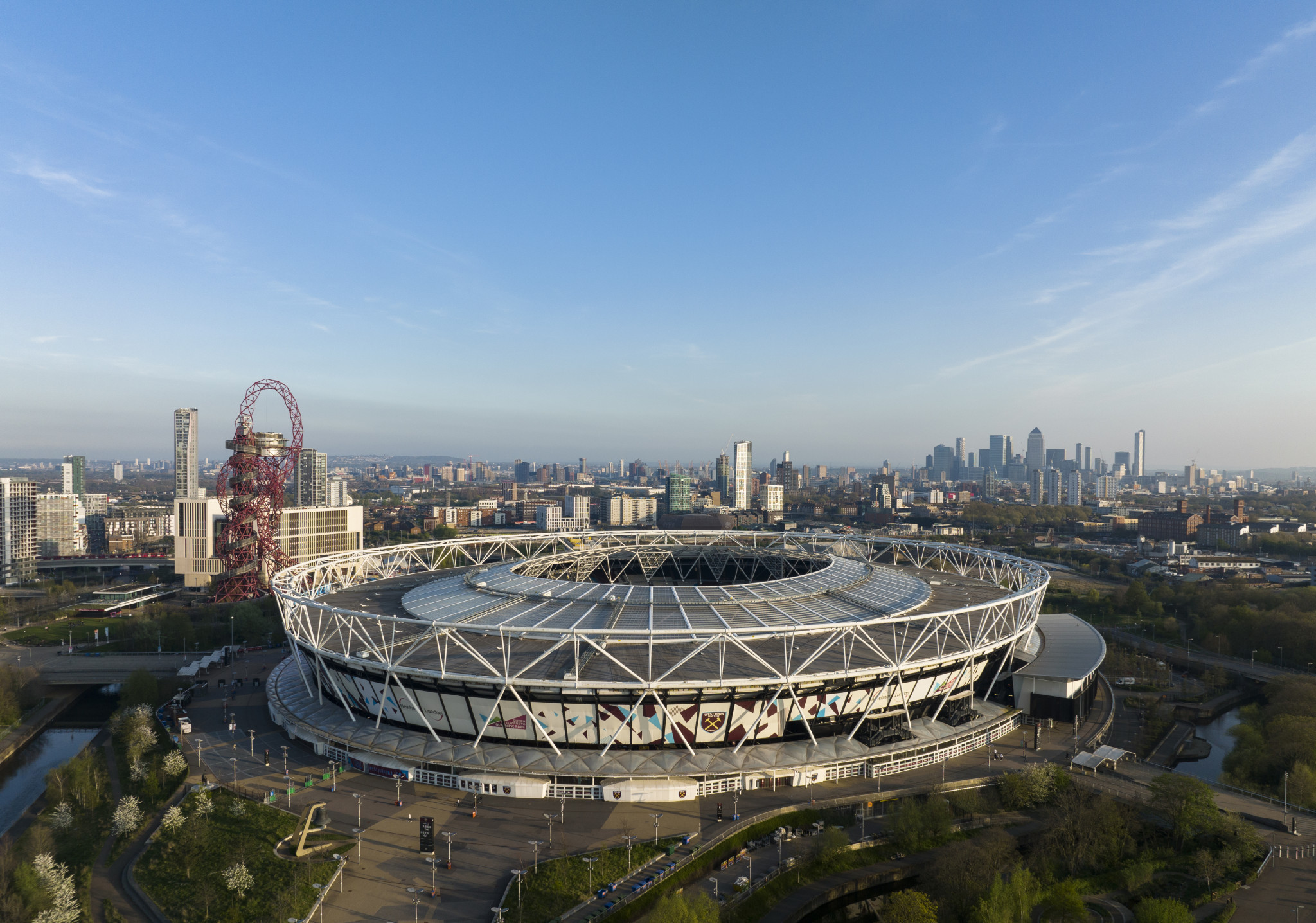 Fourteen venues have been shortlisted to stage matches as part of the United Kingdom and Ireland's bid to stage the men's UEFA European Championship in 2028.

The Football Associations of England, Scotland, Wales, Northern Ireland and Ireland have submitted a preliminary bid dossier to UEFA as they seek to stave off competition from Turkey to stage the tournament.

Eight of the stadiums shortlisted are in England, two are in Ireland, with one each in Scotland, Wales and Northern Ireland.

The Everton Stadium in Liverpool, a 52,888 capacity venue under construction on the banks of the River Mersey and expected to open in 2024, and Casement Park Stadium in Belfast are among the notable inclusions on the shortlist.

Casement Park is set to undergo a major redevelopment to seat 34,578 spectators, although the timeframe remains unclear.

The other major venue in Belfast, Windsor Park, used by the Northern Ireland national team and host of the 2021 UEFA Super Cup, is short of the required capacity at 18,500.

Three stadiums in London have been shortlisted in Wembley Stadium, the Tottenham Hotspur Stadium and the London Stadium, the main venue for the 2012 Olympics and Paralympics.

They are joined by Villa Park in Birmingham, the Etihad Stadium and Old Trafford in Manchester, St James' Park in Newcastle and the Stadium of Light in Sunderland.

Old Trafford's city is listed as Trafford, a borough within Manchester, as part of the bid.

Hampden Park in Glasgow is Scotland's shortlisted venue, and Wales' is the Principality Stadium in Cardiff.

Wembley held the final of UEFA Euro 2020, which was pushed back to 2021, while Hampden Park also staged matches.

The Aviva Stadium was dropped as a venue because of a failure to provide assurances that COVID-19 restrictions would not prevent spectators from attending.

Old Trafford and Wembley held matches at the UEFA Women's Euro 2022 earlier this year, but none of the other venues used have been shortlisted.

Villa Park and St James' Park join England's two biggest stadiums on the list of shortlisted venues that were also used at Euro 1996.

"Working with UEFA, our plan is to host a tournament that will be a catalyst for transformational grassroots football development - with a promise to share legacy initiatives with European National Associations to accelerate growth across the continent," the joint statement from the five National Associations read.

"The UK and Ireland’s track record of hosting successful major sporting events over many decades means we have the expertise and experience to take this world-class tournament to new heights.

"Our compact plan and pioneering, multi-partner collaboration can usher in a new era for the EURO.

"Through the latest digital and marketing innovations, we will help UEFA and its partners engage new audiences and the world’s youth to extend the impact and reach of the tournament further than ever before."

Italy are the reigning men's football European champions, beating England in the final of Euro 2020, which was held using a controversial pan-continental format.