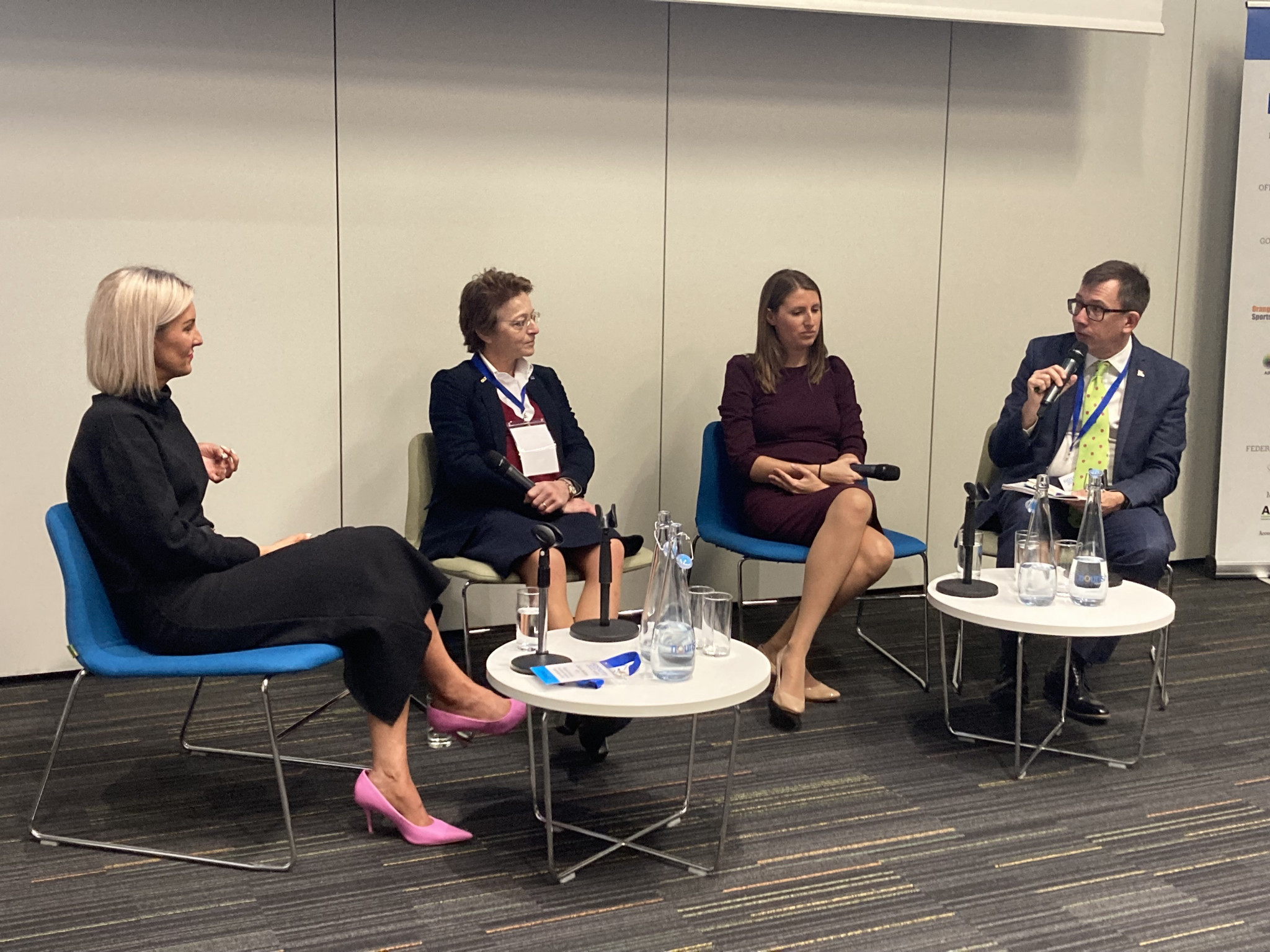 The rise of women's sport and entertainment featured prominently in panel discussion on the second day of the Host City 2022 Conference and Exhibition here, with the importance of "how you present it and position it" emphasised.

International Olympic Committee (IOC) member and Badminton World Federation vice-president Khunying Patama Leeswadtrakul opened the discussion with a video message, commenting that she was "very happy and excited to witness an upward trend of the rising number of women who not only participate in sports, but also succeed as professional athletes."

Leeswadtrakul noted a recent growth in the viewership of women's sport.

"The number of viewers and audiences for women's sport events has significantly increased over time," the Thai official said.

"In some sports, the female athletes can even attract larger audiences with their unique skills and techniques.

"Hopefully, this will help generate interest and motivate young girls to pick sports as their hobbies of choice or even compete as professional athletes."

She also praised the IOC for "emphasising the importance of gender equality and continuously putting forward strategies, initiatives and actions" on gender equality, describing the plan for an equal number of male and female athletes at the Paris 2024 Olympics as a "historic breakthrough."

"These are great phenomenon for the growth of women in sports," Leeswadtrakul added.

"It is remarkable what full cooperation and commitment from all stakeholders the world has witnessed, dramatically [helping] the development of women's participation in sport and entertainment.

"This upward trend and fair practice are great stepping stones for the rise of women's sport and entertainment."

Nelson argued that women's sport had for too long been neglected, and that it represents a valuable commercial market.

"It hasn’t been given the platform and the visibility that it's needed," she said.

"For me it's an absolute no brainer that women's sport is going to be attractive, it's how you present it and position it, and you give it that chance and that opportunity, and also creating sport is entertainment.

"Women we know make up 50 per cent of the population, but they’re also the string holders, the decision makers in the household, they’re the most powerful consumer audience, look at how particularly young people are consuming digital and social content at this moment in time.

"So you can either just stick to traditional methods of sport, how you present it, what it looks like, think about bums on seats, but you can create brands, story-telling, put that across as many platforms as possible and create sportainment out of it, and when you do that you reach new audiences, and when you reach female audiences, you can start to convert that to be quite powerfully commercial."

Debate ensued on the media coverage of women's sport, with Lewis noting the host of elite women's athletes who "want to share their story and their personality, and create this brand around them", and Nelson insisting "it is no longer acceptable to accept the unacceptable" with regards to representation in leadership positions.

The disparity in prize money between the men's FIFA World Cup and Women's World Cup was criticised by Arnold.

However, the popularity of the UEFA Women's European Championship won by hosts England in July was noted, with Lewis observing a "big sea change" through the attendance of families at matches.