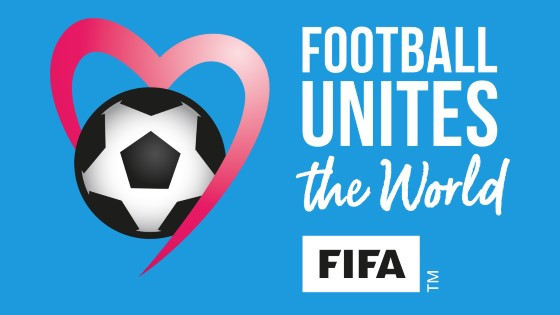 FIFA has launched a "Football Unites the World" campaign involving some of the sport's biggest stars, including Argentina's Lionel Messi and Portugal's Cristiano Ronaldo, with the start of men’s World Cup in Qatar only days away.

FIFA claims the initiative is designed to show how football can bring people together during the marquee competition and highlights "hope", "joy" and "passion" as key traits.

"Football brings people together like nothing else and the FIFA World Cup will be a celebration of that unity and passion for the game we love so much," FIFA President Gianni Infantino said.

"Although football is and should be our main focus, the FIFA World Cup is also about values and causes that extend far beyond the pitch and we are delighted that football stars past and present have joined us to promote and highlight these topics, which also unite the whole world."

With the @FIFAWorldCup just days away, FIFA has joined forces with a host of international icons to launch #FootballUnitesTheWorld. pic.twitter.com/86JFuw2aGh

He added: "The campaign is there to celebrate football and the players have provided us with the ideal kickoff, but our sport is also about the fans.

"In this way, we want them to be part of the global celebration, and that is why we are inviting fans from all over the world to show their passion for football on social media, and by that give the example of how football unites the world."

FIFA's latest campaign comes just days after Infantino and secretary general Fatma Samoura pleaded to the 32 teams heading to Qatar to "focus on the football" and "not allow the sport to be dragged into every ideological or political battle that exists".

It has also prevented Denmark - one of the 10 European teams committed to wearing a "OneLove" armband - from wearing a training shirt which highlights Qatar's record on human rights.

Belgium, England, Germany, The Netherlands, Portugal, Switzerland and Wales are all expected to wear the armband.

FIFA regulations for the tournament state that it is "prohibited to display political, religious or personal messages as well as slogans of any kind in any language or form by players and officials on their playing or team uniforms, equipment or body".

Preparations for the FIFA World Cup have been largely overshadowed by debate over Qatar's record on human rights and suitability to host the tournament.