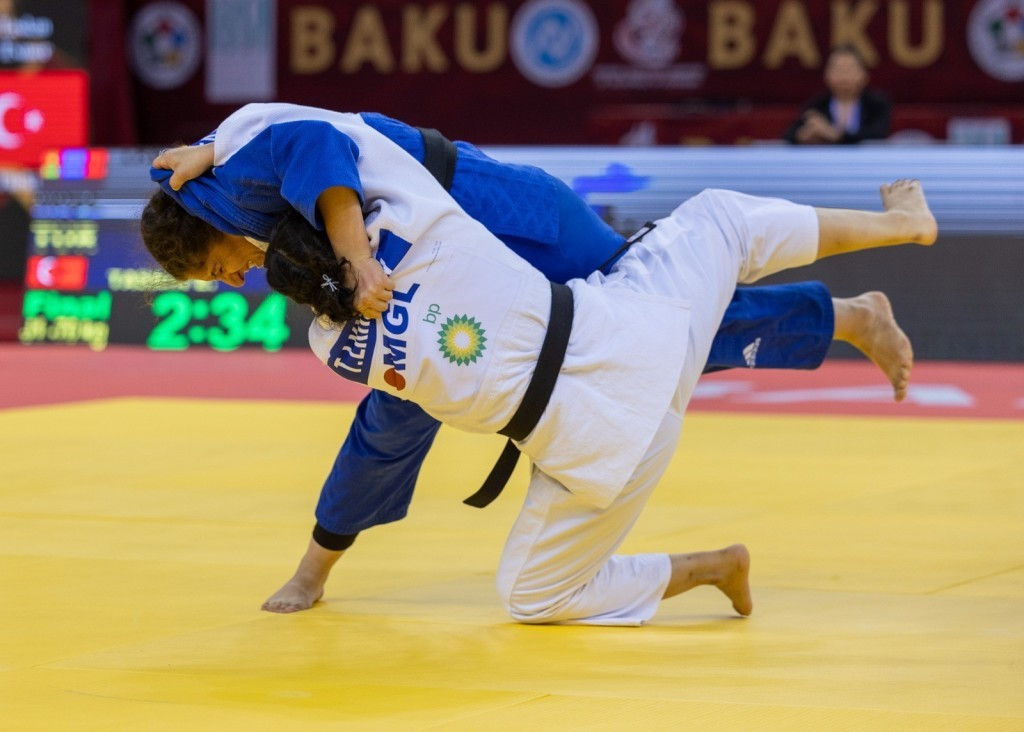 In the women’s J1 under-70 kilograms category gold went to Turkey’s Esmer Taskin, who defeated Turuunaa Lkhaijav of Mongolia thanks to an ippon and an uchi-mata.

Bronze medals in the category went to Brenda Souza De Freitas of Brazil and Matilde Lauria of Italy.

The men’s J1 under-90kg category was won by France’s Cyril Jonard, who threw two waza-aris on his way to victory against Britain’s Daniel Powell.

The men’s J2 under-90kg category was won by top seed Helios Latchoumanaya of France, who claimed an ippon as he completed victory against Zviad Gogotchuri of Georgia.

The women's J1 over +70kg category went to Ukrainian Anastasia Harynk, who produced a strong display, including throwing an ippon, to beat Erika Zoaga of Brazil.

Bronze medals went to Danitza Sanabria Alcala of Venezuela and top seed Nazan Alon Gunes of Turkey, who had been beaten earlier in the day by Harynk.

In the men’s J1 over+90kg category home hope Ilham Zakiyev produced a stunning run to reach the final, however he was beaten at the final hurdle by Williams Araujo of Brazil who claimed victory through a makikomi inside 30 seconds of the final.

Both bronze medals in the category went to Brazilian judoka, Meg Emmerich and her compatriot Silva.

The final category decided was the men’s J2 over +90kg, with gold going to Vahid Nouri of Iran, who defeated teammate Mohammadreza Kheirollahzadeh on penalties.

Bronze medals went the way of Aloviddin Jurakulov of Uzbekistan and Ibrahim Bolukbasi of Turkey.