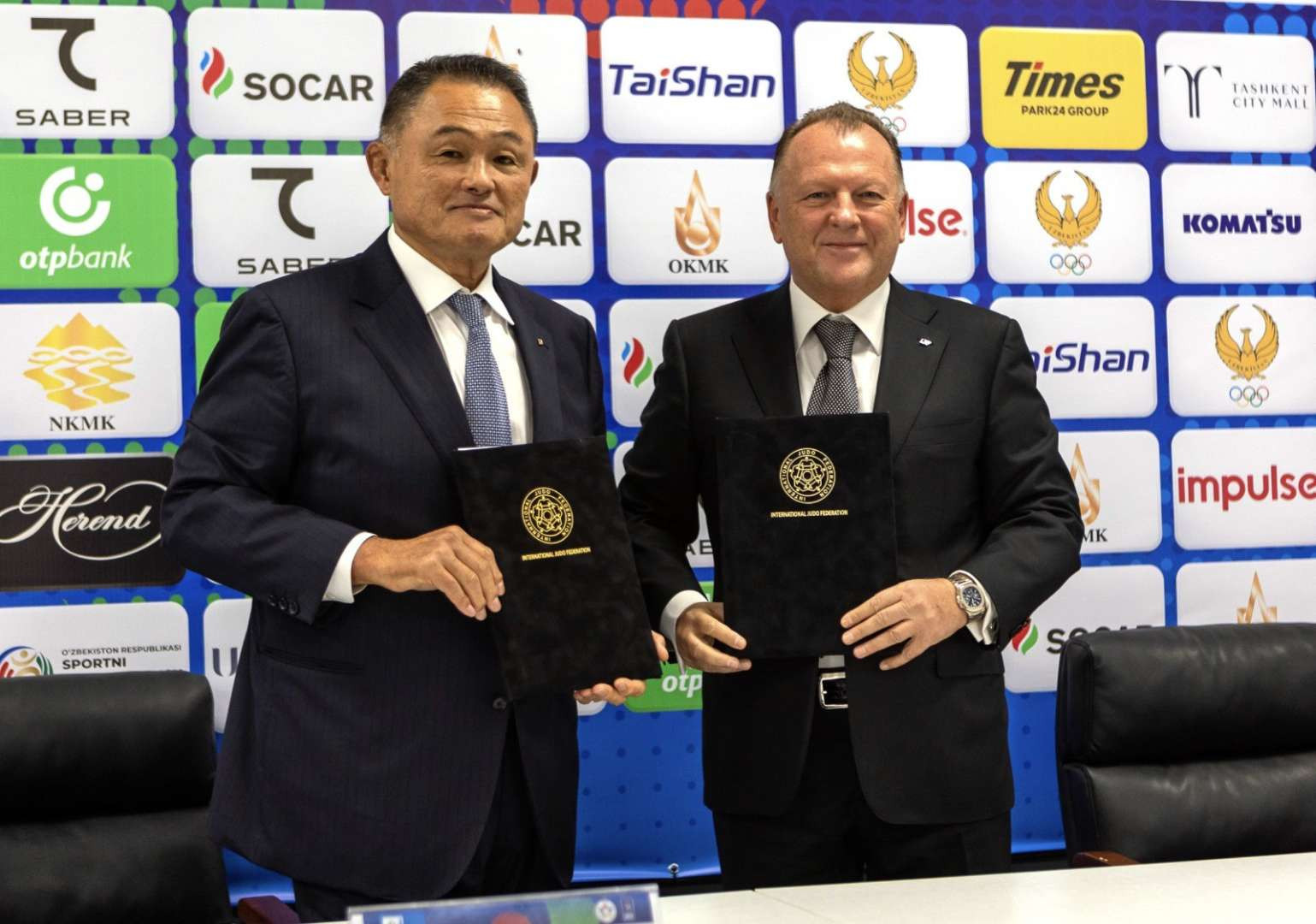 Dates are yet to be finalised for the 2023 event while the contract also confirmed Tokyo's commitment to host later this year from December 3 to 4, although that had been announced prior to today.

"Welcome to this small but important ceremony," said Vizer.

"We have the pleasure and the honour to sign for the continuity of the Grand Slam in Tokyo.

"After the COVID-19 period, we want to show unity and inspiration to the leaders of the world as we find solutions to the world's challenges."

The future events are set to take place in the Tokyo Metropolitan Gymnasium and will serve as qualification events for the Paris 2024 Olympic Games.

All World Tour results from June 24 this year to June 23 2024 will impact the quota allocation for judo with the top 17 countries represented in the world ranking in each weight category receiving a place each.

Japan is proving its dominance on the sport's world stage in Tashkent as it has claimed all four gold medals so far.

As the founding country, Vizer spoke of the importance of the IJF's relationship with the AJJF.

"It is a long and fruitful relationship, one that has lasted and will last for many years more," he told insidethegames.

"Since I have been President we have fostered and developed a good synergy with the AJJF.

"It is important for us, as Japan is the country of judo and with Jigoro Kano as the founder.

"We have a high respect for the Japanese people and their traditions, not just within the sport but in all areas of life.

"Japan provides us with both our soul and our engine."

The next Grand Slam is scheduled to take place in the Emirati capital of Abu Dhabi from October 21-23 before heading to Baku and then Tokyo for the 11th time under the World Tour branding.