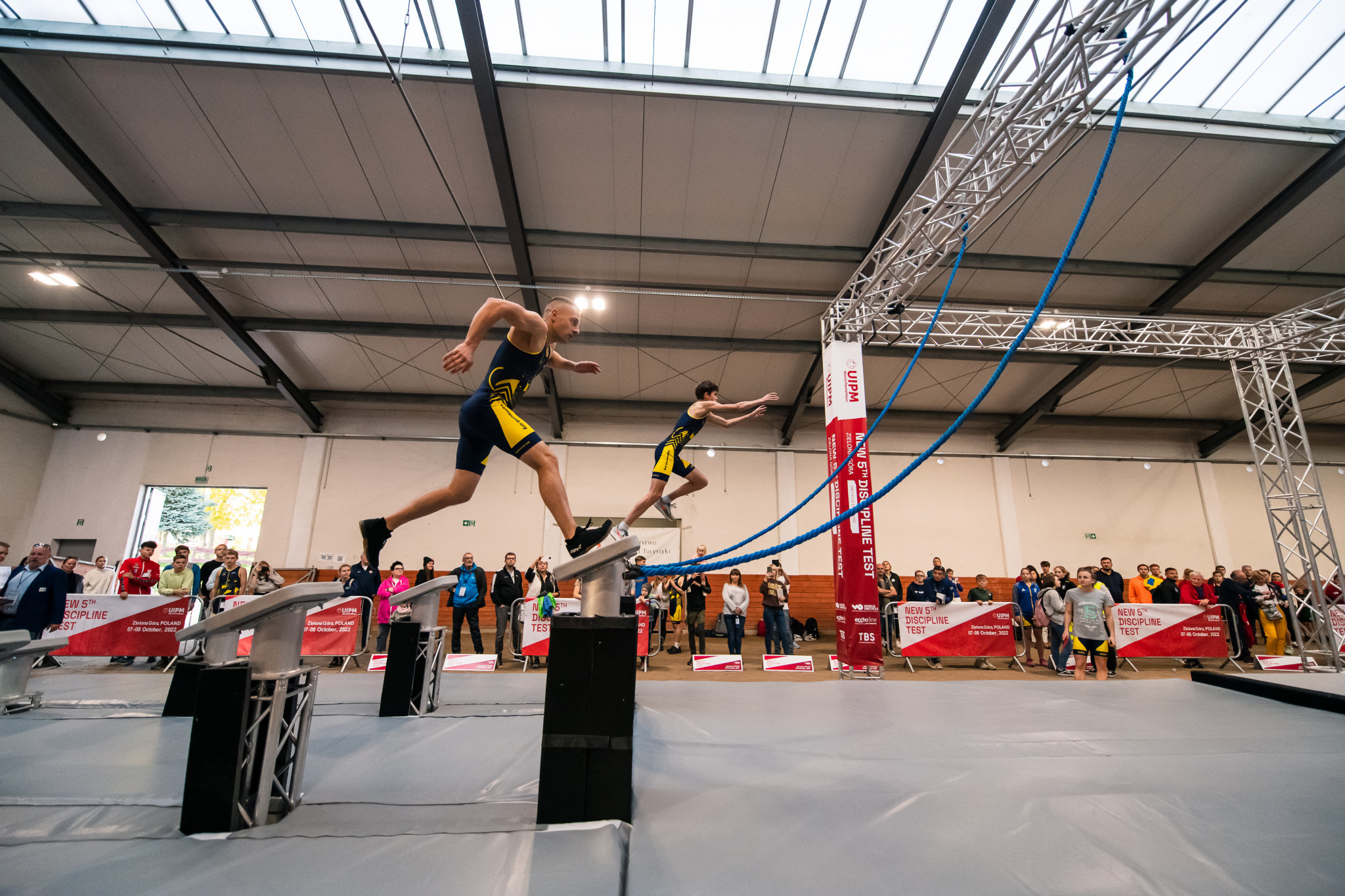 International Modern Pentathlon Union (UIPM) President Klaus Schormann has written to National Federations (NFs) prior to next month's Congress - set to feature a key vote on the sport's format to be submitted for inclusion at Los Angeles 2028 - seeking to "clearly understand" each's position.

Schormann has sent a questionnaire to NFs, seen by insidethegames, featuring three questions covering the importance of modern pentathlon retaining its place at the Olympic Games.

NFs are asked "is it important" for the sport to keep its place at the Games, "considering our National Federations are highly dependent on the financial support of their national Olympic funding programmes, do you think the sport of Modern Pentathlon can survive worldwide without being included in the Olympic Games?".

Another question asks "do you agree that obstacle discipline is the right choice to replace riding, based on all the testing results that UIPM communicated with each of you?"

The UIPM President has asked for responses by Tuesday (October 25) in order to "clearly understand each NFs' (sic) position in order to provide you more detailed information".

Modern pentathlon has been left off the programme for the Los Angeles 2028 Olympics, with the International Olympic Committee (IOC) awaiting receipt of a formal proposal on the sport's format at the Games in six years' time following the disputed decision to axe riding.

Four test events of the obstacle discipline have been held by the UIPM, which would replace equestrian as the sport's fifth discipline if approval is given by the online Congress on November 12 and 13.

This process has been fiercely criticised by the Pentathlon United pressure group which favours a reformed version of riding and has the support of high-profile athletes including Britain's men's Olympic champion Joe Choong.

It has pointed to the results of its own survey in which 92 per cent of respondents said they wish to retain the equestrian element, and expressed a lack of confidence in the UIPM leadership.

The pivotal Congress had been due to be held in Guatemala, but the UIPM cited COVID-19 restrictions and prohibitive costs in moving the event online.

The UIPM has taken the step of seeking the opinions of NFs prior to the Congress, which features anonymous voting.

Schormann defended the move as a means of improving communication within the sport.

"The point is we are getting a lot of messages from our National Federations contacting us," he told insidethegames.

"There are nations that are not in the World Cups and not at the World Championships, but they have athletes.

"They also need to be informed in a proper way, and therefore this is what try to do while we are not in-person.

"For a couple of years, we have not really been coming together to share, and they miss this.

"They know that I am now the longest-serving President [of an Olympic sport], and with all my experience, I am known for always going to my people.

The German official faces a motion of no confidence at the Congress submitted by the NF of Mauritius, which alleges that he has "failed in his first duty as President to safeguard the interests, rights and privileges of the UIPM within the Olympic movement".

It also references the threat to the sport's Olympic status, and criticises his record in Africa and Oceania.

Schormann defended his record and the changes underway in modern pentathlon.

"For athletes in our sport, it is not easy to have these skills, so therefore I have big respect to all who have made criticism, but if you make criticism, you should also listen and learn.

"If you go to the doctors and the doctor says this is the medicine and you can stay another 10 or 20 years of your life, if you deny it, then you die.

"This what I always say to my people.

"Be positive for the future, and ask other people's opinions.

Schormann reiterated that 82 per cent of NFs had voted to drop riding at last year's Congress, and urged members of the UIPM to display unity.

"The word was born by Thomas Bach in the Olympic Movement, 'together'," Schormann said.

"It is so important.

"It was time to say this word, together.

"Let's stay together, let's challenge together, and that is a key word for me when I learned this last year in the IOC Session in Tokyo as a witness, this was born and created.

Riding is set to be dropped from modern pentathlon after featuring at the Paris 2024 Olympics under a new 90-minute format.

This followed the scandal at Tokyo 2020, where German coach Kim Raisner was sent home in disgrace for punching a horse that refused to jump during the women's competition.