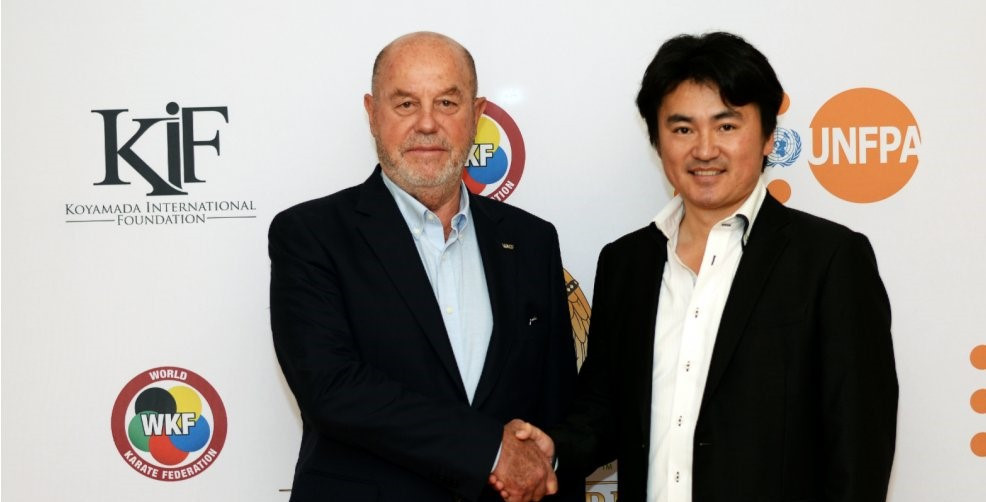 The World Karate Federation (WKF) has appointed Shin Koyamada as the sport's ambassador in Los Angeles.

Koyamada is the co-founder and global chairman of the Koyamada International Foundation (KIF), a non-profit centred on empowering women and young people through martial arts.

It was founded in Los Angeles, where Koyamada lives and where the WKF hopes karate will return to the Olympic programme in 2028.

Karate is one of nine sports on a shortlist to be added to the programme.

The KIF and WKF recently launched Guardian Girls Karate - a scheme seeking to use karate and its values to fight gender-based violence - in Los Angeles.

"Shin Koyamada is not only a true karateka at heart; he has been one of the main forces behind the creation of the Guardian Girls Karate project, the most ambitious social initiative of the WKF in the history of our organisation," WKF President Antonio Espinós said.

"With the appointment of Mr Koyamada as our ambassador in Los Angeles, we hope to continue finding ways to spread the values of karate in LA and around the world."

Karate made its Olympic debut at Tokyo 2020 last year, but is not on the Paris 2024 programme.

The WKF is also applying for Para karate to feature at the 2028 Paralympic Games.