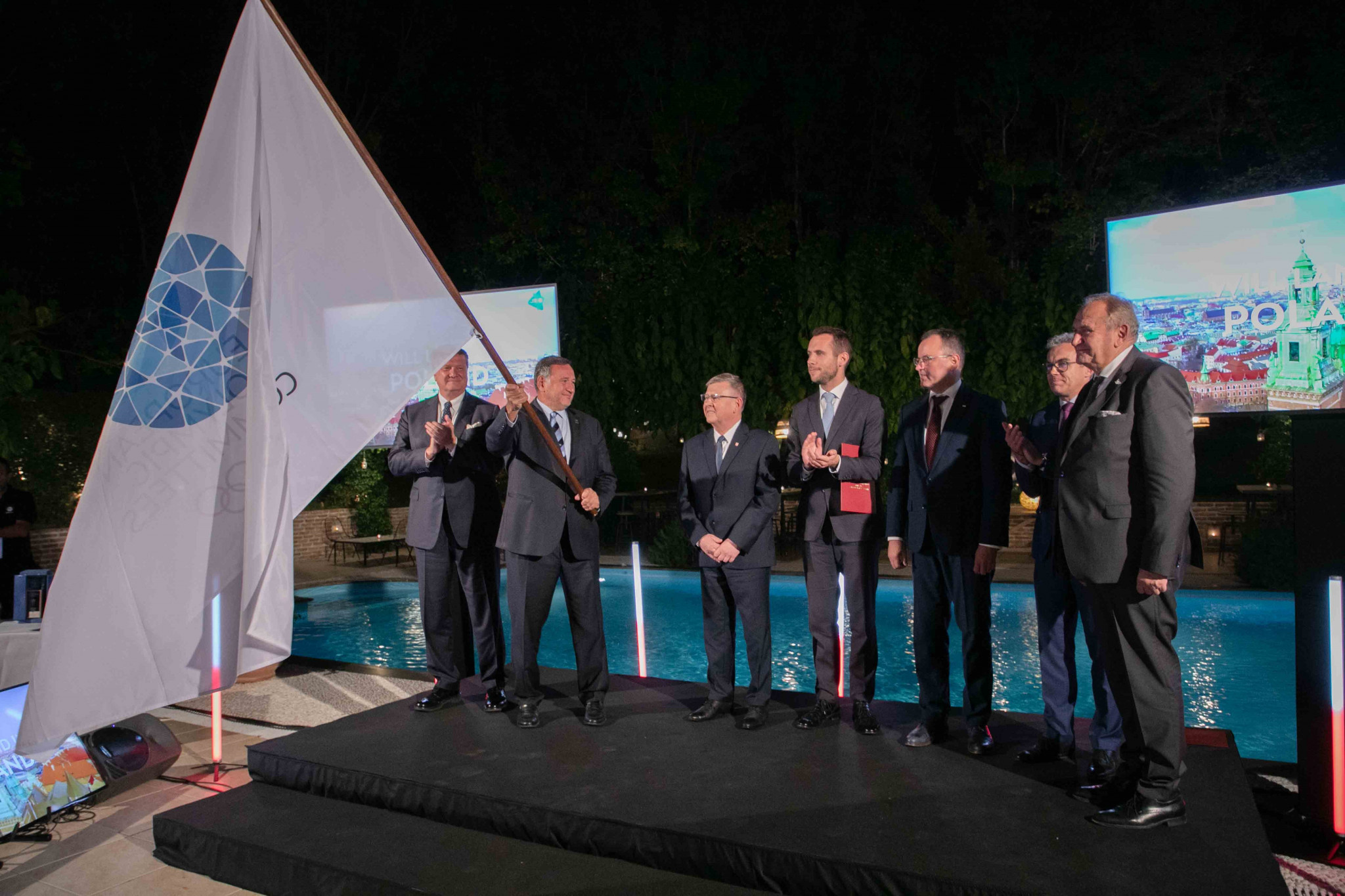 The European Games flag is set to go on public display in Poland for the first time later this month at the European Congress of Sport and Tourism in Zakopane.

Poland is set to stage the third edition of the European Olympic Committees' (EOC) flagship multi-sport event from June 21 to July 2 next year in Kraków and the Małopolska region.

Last month, EOC President Spyros Capralos presented the flag to senior officials from the city and the region at the organisation's Seminar in Ancient Olympia.

The flag is set to be displayed at the inaugural European Congress of Sport and Tourism, which is set to run from October 18 to 20 in Zakopane.

The flag holds symbolic importance as it refers to the idea of Olympism and serves as a symbol of peace.

Kraków-Małopolska 2023 is set to serve as a qualifier for the Paris 2024 Olympics in several sports, although the programme is yet to be confirmed.

An aquatics discipline is expected to be added to the programme, with artistic swimming and diving considered most likely, while organisers are making a late attempt to include wrestling.