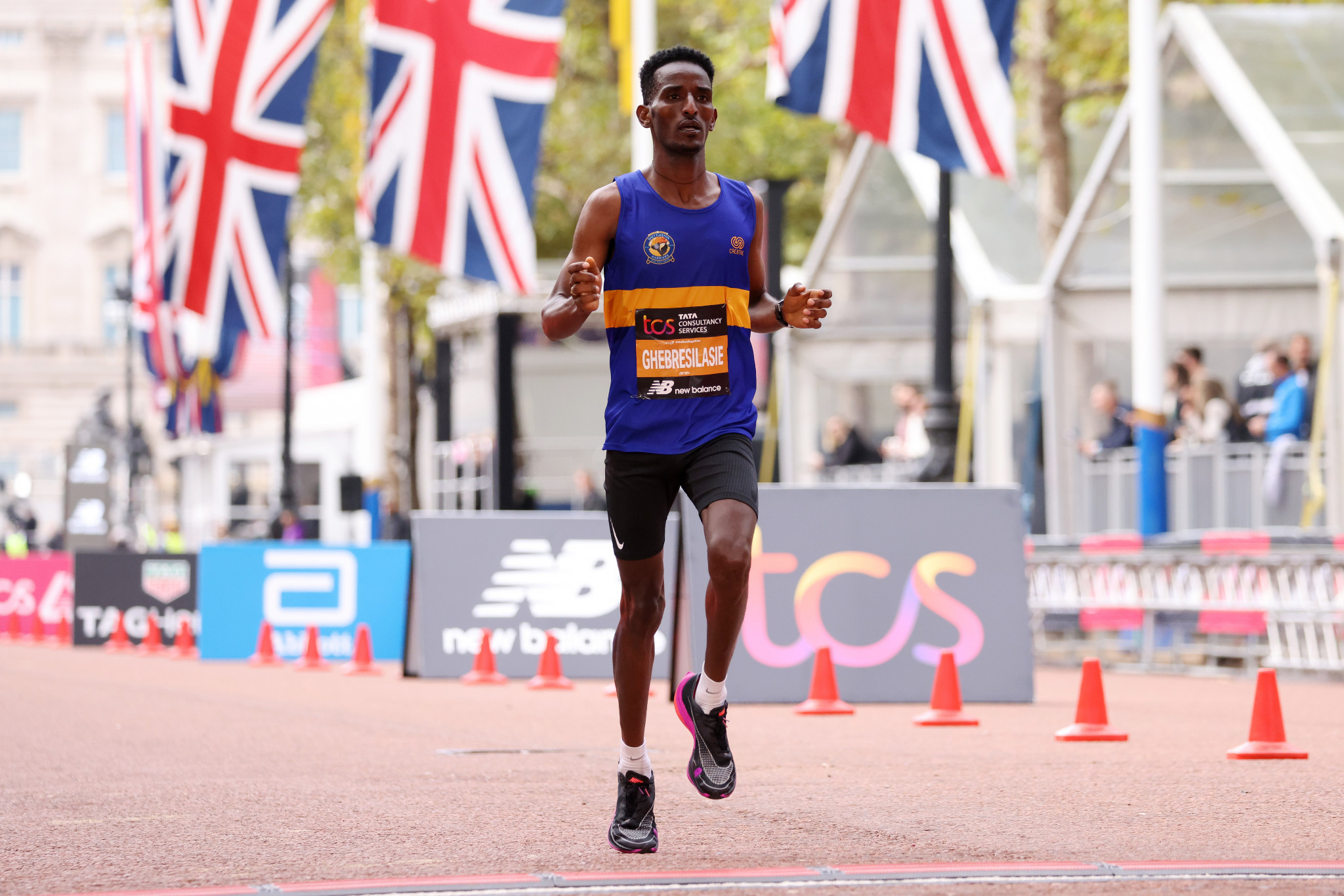 Weynay Ghebresilasie, who was flagbearer for Eritrea at London 2012 Opening Ceremony, is aiming to represent Britain at the Paris 2024 after impressing at the London Marathon.

Ghebresilasie remained in Britain following the conclusion of London 2012 to avoid conscription in his home country, which has been governed by authoritarian leader Isaias Afwerki since the country gained independence in 1993.

The 28-year-old runner became eligible to represent Britain last year and he made a name for himself at the London Marathon where he was the first Briton to finish, and was ninth overall.

He notched a personal best time of 2 hours 11min 57sec in the race that was won by Kenya's Amos Kipruto.

"Before the 2012 Olympics my country was not in a good situation, I was in the army and I didn't like that, that's why I stayed in Britain," Ghebresilasie said.

"My plan is to run at the World Championships and the Paris Olympics.

"I will try to prepare for my next London Marathon and hopefully run for Great Britain."

Ghebresilasie competed in the men's 3,000 metres steeplechase event at London 2012 where he finished 10th.

Paris 2024 - the next Summer Olympics - are scheduled to take place between July 26 to August 11 in two years' time.