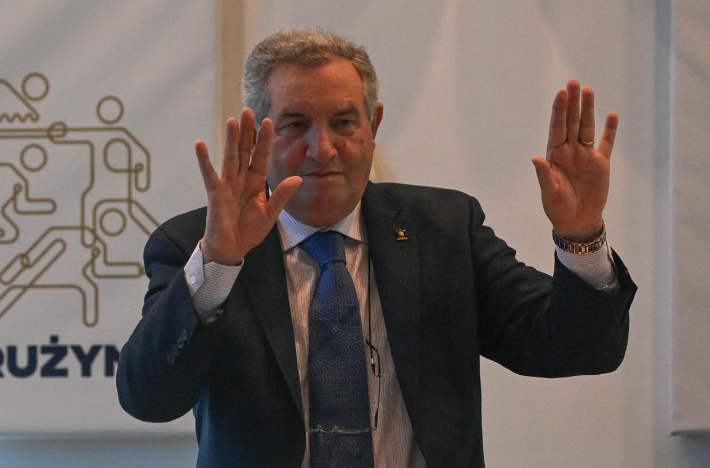 Giorgio Scarso has been elected President of the European Fencing Confederation (EFC), beating Nikolay Mateev in a vote to decide who would replace Stanislav Pozdnyakov on a full-time basis.

The new EFC Executive Committee met after voting to choose a new Bureau.

Mateev is on the Executive Committee.

It named Dutchman Etienne van Cann EFC vice-president, while Polish official Jacek Slupski - who had been Acting President - is back at secretary general and Ireland's Nuala McGarrity remains treasurer.

The EFC needed a new leader after Pozdnyakov was deposed at another Extraordinary Congress in May.

The EFC Executive Committee had passed a vote of no confidence in Pozdnyakov in March because of his conduct following Russia's full-scale invasion of Ukraine.

Pozdnyakov also leads the Russian Olympic Committee and has been critical of sanctions imposed on Russia over the war.

Pozdnyakov was accused of ignoring Executive Committee decisions and refusing to discuss potential breaches of the EFC's safeguarding policies.

The four-time Olympic gold medallist had led the EFC since 2016 and was re-elected last year.

Fencing has been among the sports impacted the most by the Russian invasion of Ukraine, with the International Fencing Federation President Alisher Usmanov, an Uzbek-born Russian oligarch, stepping aside after being sanctioned by the European Union.