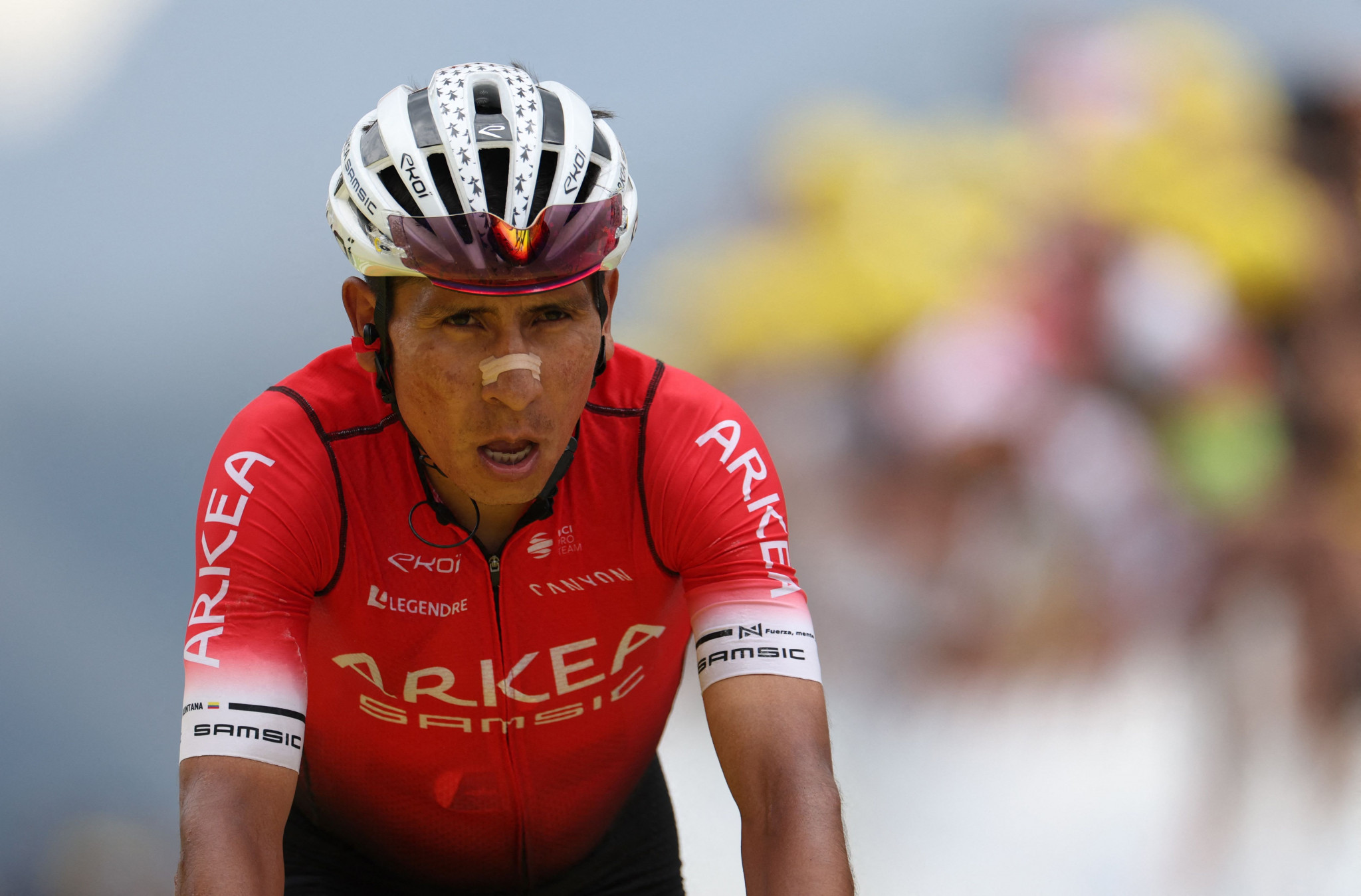 Colombian cyclist Nairo Quintana has parted ways with Arkéa-Samsic after three seasons despite signing a contract extension earlier this year in August.

Quintana, a Giro d'Italia and Vuelta a España winner, had committed his future with the French squad until 2025 but announced that he would be taking his services elsewhere.

"I want to announce that I won't continue with Arkéa-Samsic next season as we had announced on August 16," the 32-year-old said on Instagram.

"I'll continue cycling and soon I'll comment about my future.

"I want to continue showing the rider that I am, what I'm made of, and what I can do."

Quintana is in the midst of a dispute with the International Cycling Union (UCI) after the governing body retrospectively disqualified him from the Tour de France.

He had finished sixth overall, his best result since 2016, but was stripped of the achievement a day after his extension was announced two months ago, after testing positive twice for tramadol.

Since March 1 2019, the UCI has banned the use of the painkiller in competition across all disciplines and categories.

Research studies funded by the World Anti-Doping Agency have confirmed the potential for tramadol to enhance physical performance.

As a result, WADA has announced that it will add it to the list of banned substances from January 1 2024.

The UCI ruled that, as it is his first offence, Quintana will not be declared ineligible and can participate in future competitions.

However, he has taken the case to the Court of Arbitration for Sport (CAS).

"I have presented my defence before CAS," Quintana said.

"We continue to work with my group of lawyers and I'm confident because I am honourable and honest.

"I haven't done anything wrong or illegal and that is why I want to defend myself.

"I want to give good news, especially to my country, and I want to thank you for all the support."

Quintana also confirmed that he would not be racing for the remainder of the season due to health issues.