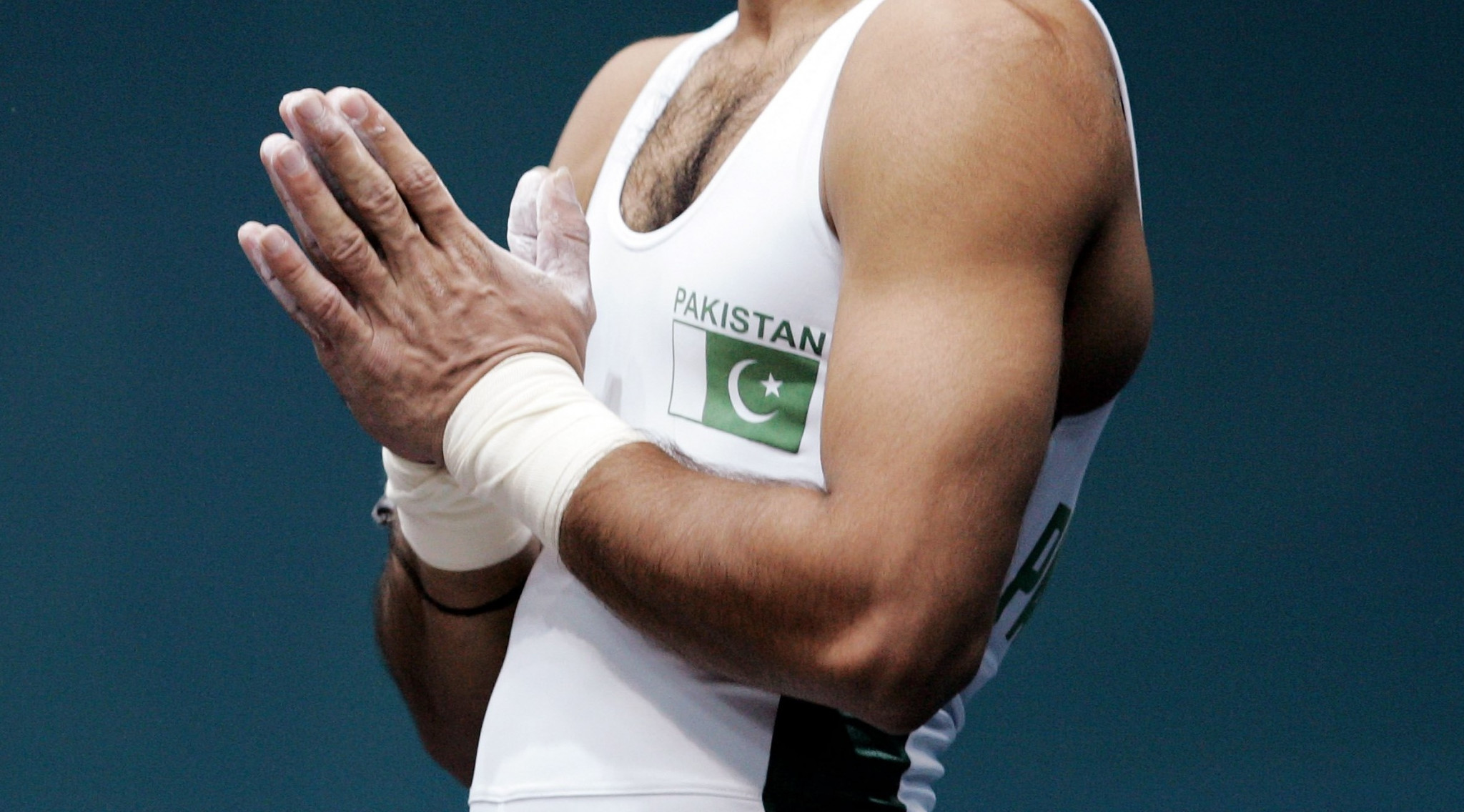 Two different bodies now claim to be running the sport in Pakistan: the PWLF, which has received a letter of support from the IWF, and an interim committee appointed by the Pakistan Sports Board (PSB).

Whatever happens in the coming weeks and months, Pakistan faces a ban from the sport because of multiple doping violations last year and is unlikely to feature at the Paris 2024 Olympic Games.

The PSB has made allegations of corruption and mass doping, and said it had suspended the PWLF.

It said its actions were supported by a High Court ruling and that a revamp of the way weightlifting is run in Pakistan was supported by elite athletes and clubs.

Hafiz Zafar Iqbal, a former national champion who was appointed to the interim committee, told insidethegames, "The intention of the PWLF is to protect the corrupt, while the PSB has acted to maintain discipline, as a controlling body of sports in Pakistan."

Iqbal said the committee was currently carrying out a registration process for clubs and was working to eliminate "fake clubs" that exist merely to give votes to the current PWLF regime.

That process should be completed within a week.

Iqbal also said that some elite athletes, including the Commonwealth Games super-heavyweight gold medallist Nooh Dastgir Butt, were being victimised by the PWLF and had not been given grants that were due to them or entered for the forthcoming Asian Championships.

The PWLF President Hafiz Imran Butt said the so-called suspension was neither lawful nor valid, and that his organisation "despite all these obstacles, will continue to work for the promotion of weightlifting as per its constitution and under the supervision of the Pakistan Olympic Association (POA) and the IWF".

Butt claimed that the dispute had been caused by a group of retired army officers, including Iqbal, who "want to gain control of weightlifting by hook or by crook, without any lawful authority" as part of a wider plan to take over the leadership of the POA.

Butt said, "The PWLF is not a banned federation and is working under its own constitution and under the constitutions of the POA and the IWF - and none of them has banned the PWLF.

"The PSB was created to provide infrastructure to National Federations, which it is not doing.

"Its constitution and agreement with the International Olympic Committee does not allow it to ban a federation or impose ad hoc committees.

"It can only stop funding.

"The dispute has been created by the PSB just to put, by force, a few retired army friends at the helm of affairs of a properly constituted weightlifting federation.

"We denounce the formation of an interim committee to interfere in the affairs of a genuinely elected body of weightlifting which is constantly holding its elections as per its constitution since its affiliation with the IWF and the POA."

The Lahore High Court ruled last year that complaints against the PWLF, regarding corruption and inadequate governance, should be dealt with by the PSB.

An investigation into those violations, four of which were for failing to provide a sample, is ongoing.

Iqbal said, "It is important to mention that out of six, three doping violations were committed by three sons of Amjad Amin Butt, who is vice-president and former secretary of the suspended PWLF.

"In two other violations, Irfan Butt, who is the son of Hafiz Imran Butt, was the athletes’ coach.

"I fail to understand how the POA and PWLF managed to deceive the IWF and fetch a letter in favour of the suspended President.

"I would request IWF to review its decision and withdraw support of Hafiz Imran Butt until finality of the inquiry."

A meeting of the PWLF last week was not attended by several key stakeholders including clubs from universities, national utilities companies and the military, said Iqbal.

He said athletes, clubs and associations "are aware of the situation and have approached the interim committee for support and proper elections".

Butt refuted the PSB version of events and said the interim committee was sending notices about a doping inquiry to athletes and clubs through a lawyer "just to intimidate the players and clubs to get their support in their illegal efforts for control of the federation".

The IWF had little choice but to back the current PWLF regime, because it had a letter of support from the POA.

The PSB is a state body and Government interference in sporting federations that are, by association, signatories to the Olympic Charter is frowned upon by the International Olympic Committee (IOC) and its member International Federations.

Iqbal, a former national champion, South Asian Games medallist and international referee who claims he was "shut out" of the sport along with several others eight years ago by Butt, said the interim committee was appointed as a result of court decisions, not by the Government.

"The interim committee is doing its job," Iqbal said.

It is working towards preparations for the South Asian Games, which Pakistan will host next March, and has designated panels of elite coaches and technical officials.

According to a document sent to insidethegames by Iqbal, information provided by clubs last year showed that 30 of 53 affiliated to the PWLF, all of which have voting rights, were "inactive, semi-active, fake or abandoned".

He said Butt had controlled the PWLF for 17 years as secretary, chief executive and President, a role he is due to hold until 2025 even though the 2021 elections had allegedly been held "in secret" with no record kept of delegates present or votes cast.

A suit for declaration in regard of the elections is pending in the Civil Court of Lahore, Iqbal said.

He said the PWLF secretary Nuzhat Jabeen had been selected by Butt "to give a gender-equality impression to the IWF" and that all telephone numbers, email addresses and the office address went directly to Butt.

Jabeen was also appointed to the interim committee by the PSB but she declined to work for it.

Iqbal said the POA was backing the PWLF in order that one of its senior officials could "protect his vote bank".

In its letter of support for the PWLF, the POA "did not mention a single word about adherence to the law of the land or corrupt practices" and had not carried out an audit of how the PWLF spent grants from the IWF and the IOC.

Butt dismissed the claims and said the actions of two colonels, two major generals and a brigadier, all retired from the army and all connected to the PSB or appointed to the interim committee, had been "condemned in strong words" by all members of the PWLF.

"They do not respect the democratically elected sports bodies," Butt said.