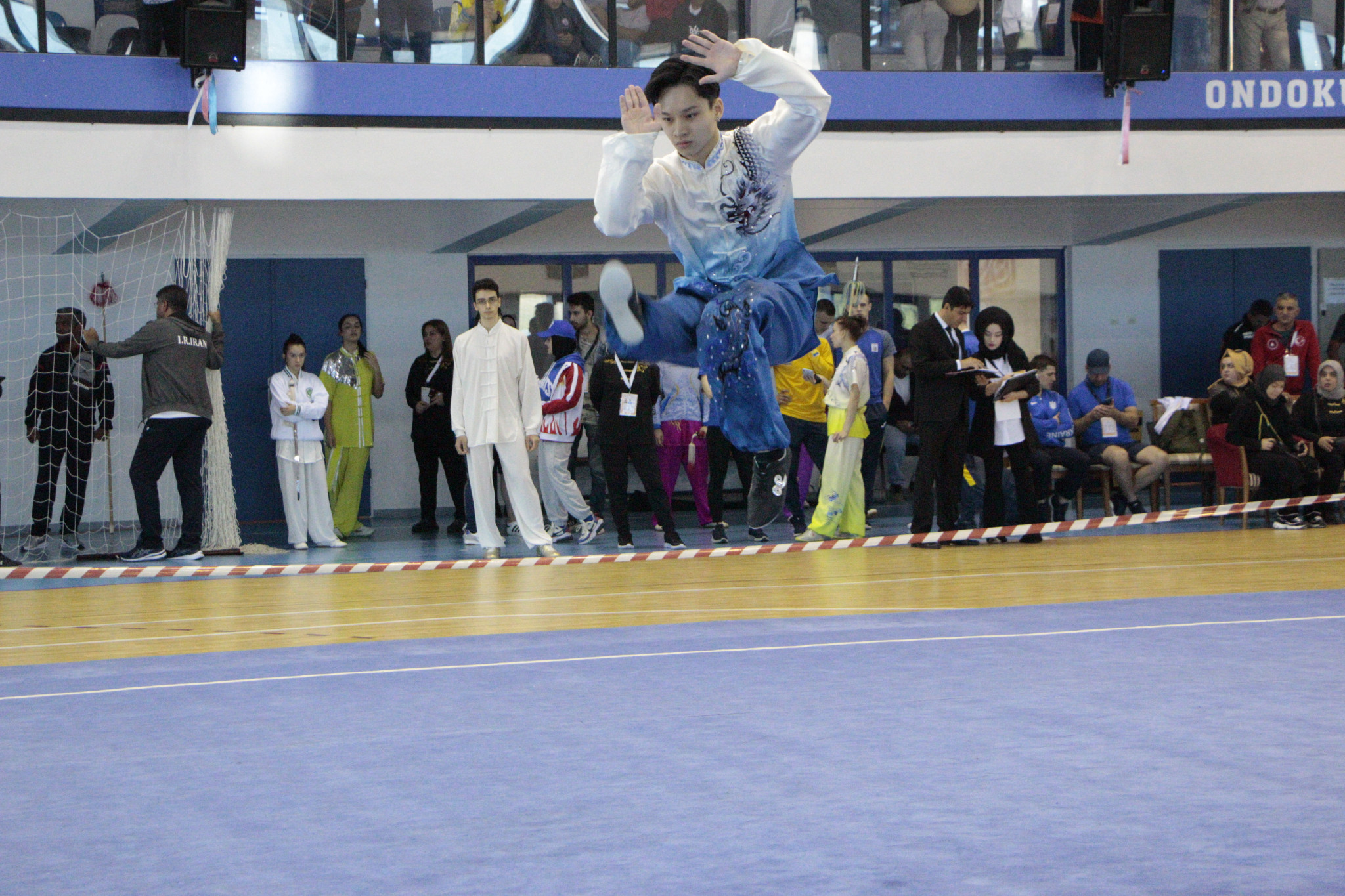 Wushu medals continued to stack up for Hong Kong and Indonesia here at the International University Sports Federation (FISU) World Cup Combat Sports, on the sport's second-last day of competition.

Once again, Ukraine's Ivan Fediuchenko from Taras Shevchenko National University of Kyiv, was the runner-up to Sat with a score of 8.75; with Turkey's Muzaffer Tarik Afacan of Yildiz Technical University placing third with 8.55.

Hong Kong's other gold medal was won by Debbie Yeung of Education University of Hong Kong in the women's taijijian.

Seraf Naro Siregar of Indonesia was the other winner today, with the Surabaya University student placing first in the men's daoshu.