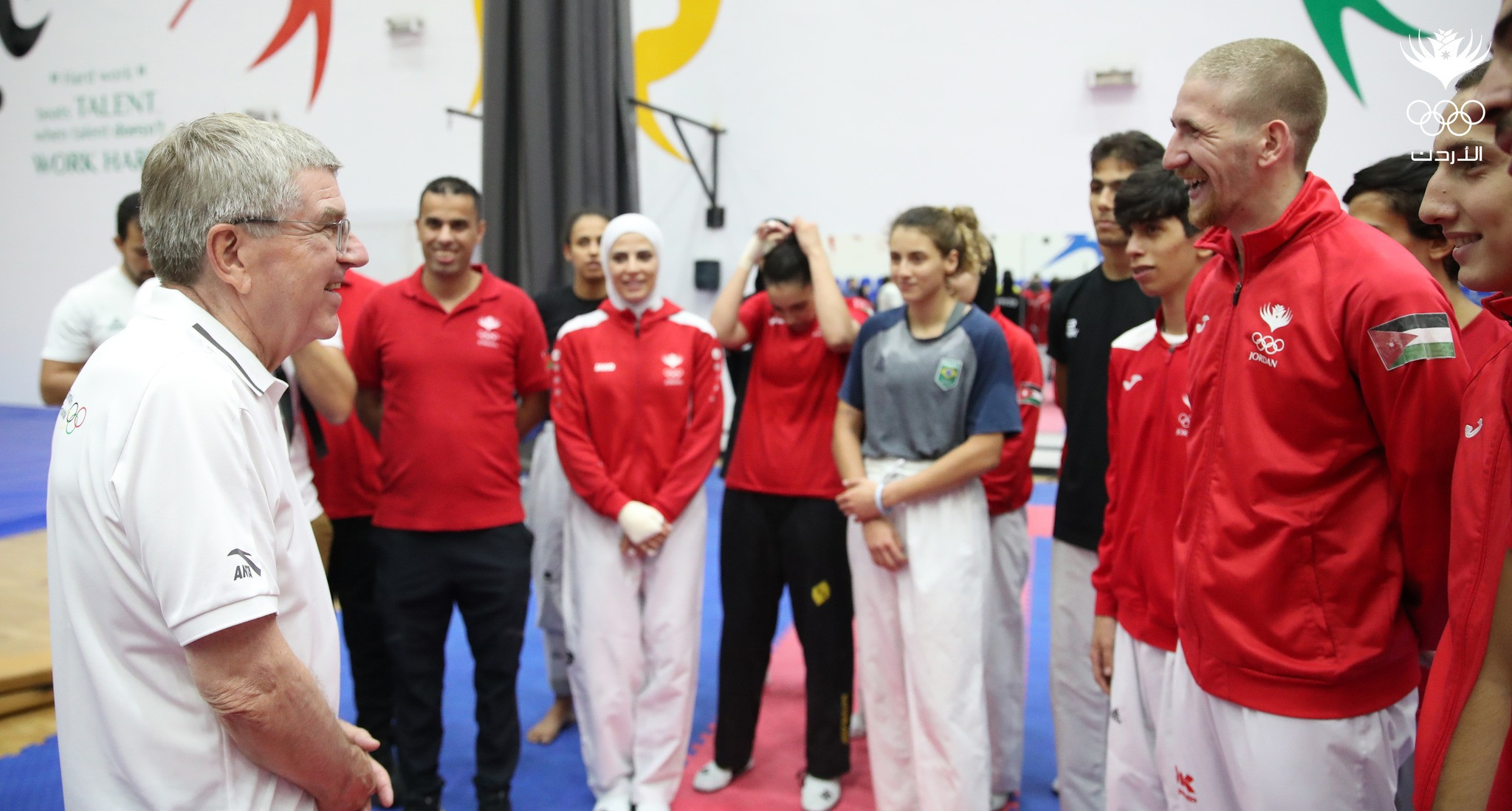 The German official arrived in the Jordanian capital of Amman accompanied by his wife, Claudia.

Bach initiated his two-day visit at the United Nations International Children's Emergency Fund (UNICEF) Makani Centre, which is located in the Za'atari Refugee Camp, and participated in a number of sporting activities.

He also visited the country's Olympic Preparation Centre, which is managed by the JOC, to meet with Jordanian athletes and learn about the facilities of the OPC and what athletes can gain from it.

The OPC opened its doors in 2018 and its facilities include a multipurpose sports hall, health club, medical clinic, catering services and accommodation for more than 100 athletes.

"We are honoured to welcome President Bach to the Jordan Olympic Committee's Olympic Preparation Centre in Amman and share with him Jordan’s love and passion for sport," said Feisal.

"The JOC is committed to empowering all Jordanians to participate in sport, from the grassroots to elite level.

"We are very proud to show President Bach our world-class facilities and the home of the current and next generation of athletes preparing to represent Jordan on the international stage."

Bach, an Olympic gold medallist in fencing from Montreal 1976, has toured the Middle East this month.

He first visited Palestine before travelling to Israel to visit the World Holocaust Remembrance Center at Yad Vashem.

As the visit came to an end, Bach visited a tree planted in memory of Berthold Beitz, an industrialist who was a predecessor of his as IOC member in Germany and a member of the 1972 Olympic Organising Committee Board and President of the council for sailing events.