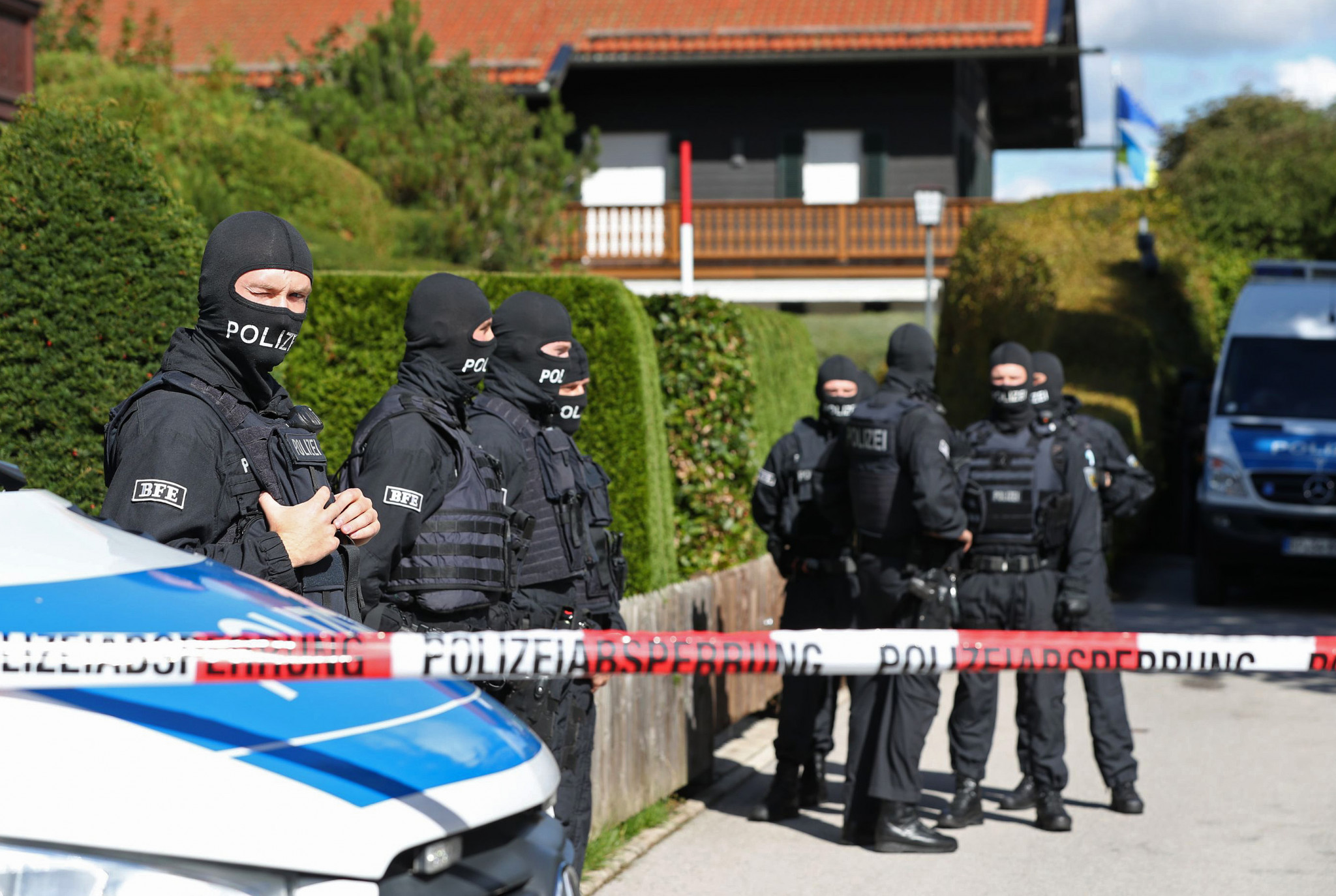 Homes linked to Alisher Usmanov - the Russian oligarch and long-time International Fencing Federation (FIE) President - have been targeted in a raid by German police.

German media reported that the billionaire, who has denied wrongdoing, is being investigated for alleged tax evasion and breaches of sanctions.

Twenty-four properties have been raided in four states, with 250 officers involved in the operation.

Usmanov and four other suspects are said to be under investigation, with Bavaria, Baden-Wuerttemberg, Schleswig-Holstein and Hamburg among the areas involved.

Police have been seen taking away boxes and computers.

Included in the raids is Tegernsee Lake in the Bavarian Alps, where Usmanov is said to own four villas.

According to prosecutors in Frankfurt, Usmanov is accused of having used his "extensive and complex network of companies and corporations" to disguise several transactions from 2017 to this year.

He is also accused of paying a security firm using frozen funds, which would be a breach of the sanctions against him.

Usmanov stood down as FIE President in March after the European Union imposed the sanctions over Russia's invasion of Ukraine.

Authorities in Germany also seized the "world's largest superyacht" which was owned by the metal and mining tycoon.

In July, it emerged that the Russian Fencing Federation (RFF) was attempting to enlist Bach's support in efforts to restore Usmanov as FIE President.

A letter to the IOC President was seen by insidethegames, which Usmanov said he had no involvement with.

Uzbekistan-born Usmanov had been President of the FIE since 2008, and no replacement has been announced.

In 2019, he paid more than $8 million (£7 million/€8 million) to buy the historic manuscript in which Baron Pierre de Coubertin laid out his plans to revive the Olympic Games.

He then donated it to the Olympic Museum, to Bach's delight.

Bach won an Olympic gold medal in fencing at the 1976 Olympic Games in Montreal.

Responding to the raid, a statement from Usmanov's entourage said: "Firstly, Alisher Usmanov is a lawful and diligent taxpayer and has always paid his taxes correctly and on time.

"The majority of Mr Usmanov's income (up to 75 per cent) has either been donated to charity or gone on taxes.

"He has consequently been among the top philanthropists in the world for many years, according to many international publications.

"Secondly, the information regarding the investigation launched against him is made all the more absurd because during the period in question since 2014, he has been paying taxes at the location of his main portfolio investments, that is, in Russia.

"This excluded the need to re-pay taxes on income in Germany, according to the double taxation treaty between Russia and Germany.

"Alisher Usmanov has also been a citizen of Uzbekistan since 2018 and has spent most of his time in that country, including during the coronavirus pandemic, and visited Germany occasionally, primarily for medical reasons.

"Furthermore, all of Usmanov's income, expenses, property and taxes over the past 20 years have been regularly audited by international big four auditing firms, a fact which is confirmed in their reports.

"Mr Usmanov does not own any real estate property in Germany.

"The properties concerned are in family trusts, of which Mr Usmanov is not a beneficiary.

"When Mr Usmanov had made use of the properties, he always paid market rent for the trust properties located in Germany, Italy and elsewhere.

"The leases of the properties are supported by official contracts and payment documents.

"The fact that these claims have only now emerged, raises the legitimate question regarding the reason for such an attack against a law-abiding taxpayer.

"It is clear that the motive behind these actions is a desire to put pressure on an internationally recognised philanthropist and patron of sports of Uzbek origin, who is only guilty for having assets in Russia.

"Any allegations of tax evasion by Mr Usmanov are unfounded, false and damaging to his honour, dignity and reputation, which Mr Usmanov will defend by all disposable legal means."