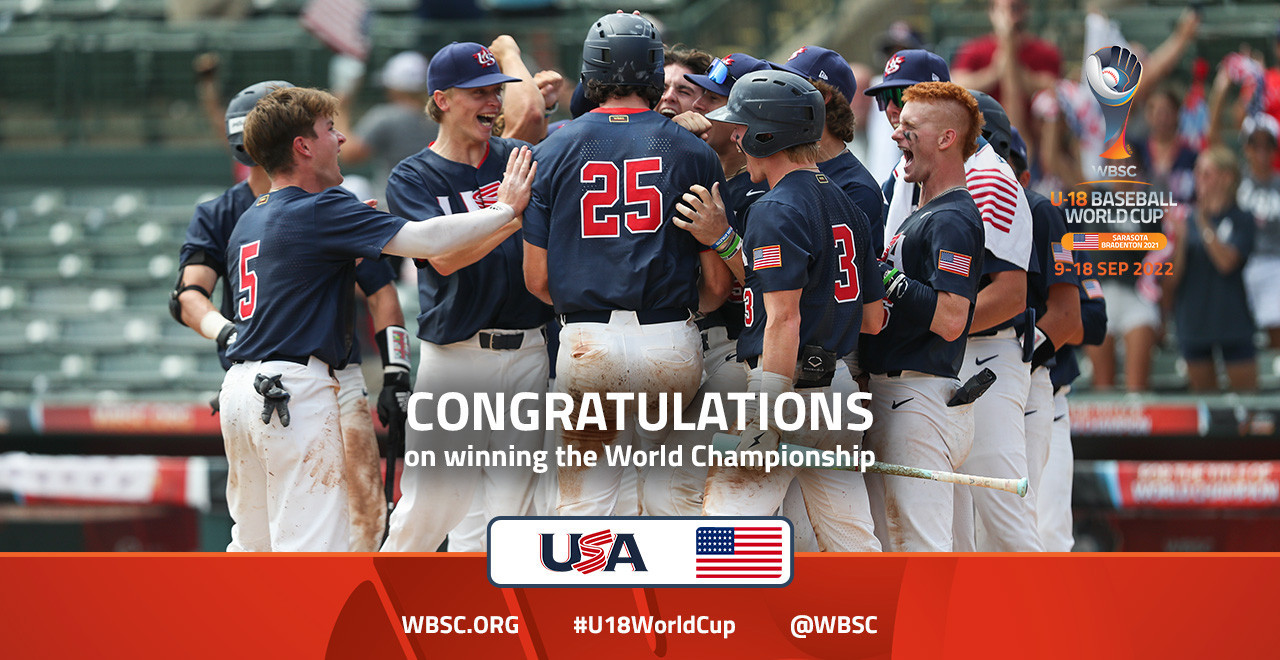 The Americans trailed after three innings in the gold-medal game, but Gavin Drake drove in Bryce Eldridge in the fourth inning and George Kendall stole home after a loose pitch in the fifth to take the lead.

Eldridge - later named the tournament's Most Valuable Player (MVP) - hit a three-run home run in the top of the seventh inning to make things more comfortable.

The final finished 5-1 in favour of the host nation.

Shiki Kawahara was dominant for Japan in relief, allowing just one hit and no walks over three innings of work.

Under-18 Baseball World Cup MVP Eldridge and Kawahara were both named to the All-World Team.

He also pitched a scoreless inning in the final.

Catcher Shion Matsuo was a second Japanese representative in the selection.

Jeong Jun-young and Jeong Dae-seon were South Korea's representatives, at centre field and third base, while Dominican Luis Escudero completed the 11.