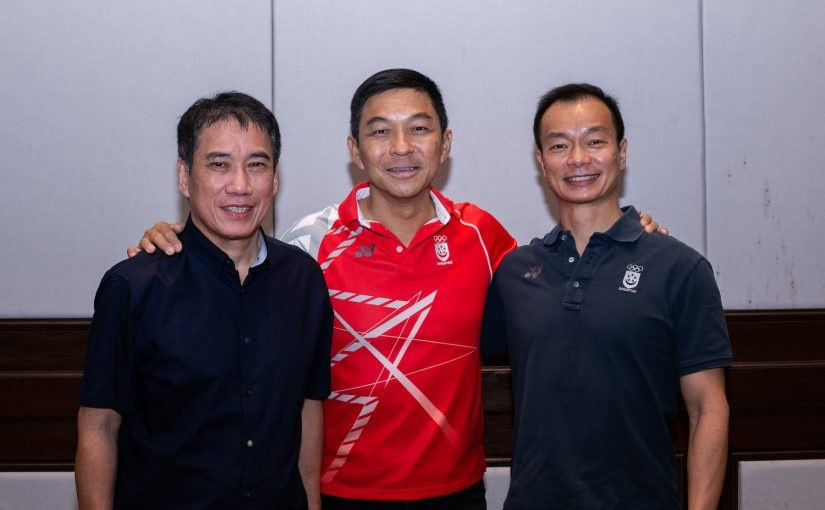 Tan Chuan-Jin has been re-elected unopposed as President of the Singapore National Olympic Council (SNOC) at the organisation’s Annual General Assembly (AGM), extending his reign for a further four years.

The election took place at the Paradox Singapore Merchant Court where Tan, the speaker of the Parliament of Singapore, secured a third term as head of the SNOC.

Tan, whose new term is due to expire in 2026, was first elected in 2014 when he replaced Teo Chee Hean who had held the role since 1998 before deciding to step down.

Benedict Tan was re-elected as vice-president and will serve a new four-year term.

He will be joined on the SNOC Executive Committee by Lawrence Leow who will return in a vice-president capacity.

Leow, who is head of the Singapore Badminton Association, was previously a National Sports Association representative at the SNOC.

The 63-year-old now succeeds Milan Kwee as vice-president following his death in March 2021.

"I'm very honoured to be given this opportunity to serve Singapore sports and further contribute to the Olympic Movement," said Leow.

"I hope to help elevate Singapore sports and ensure we continue our good performances at major Games."

Jessie Phua and Juliana Seow are the other vice-presidents following their elections in 2020.

Lee Wung Yew was elected to serve a one-year term as treasurer.

This year’s AGM was held in-person after two virtual editions due to the COVID-19 pandemic.

A total of 132 delegates representing 46 nations attended the meeting.