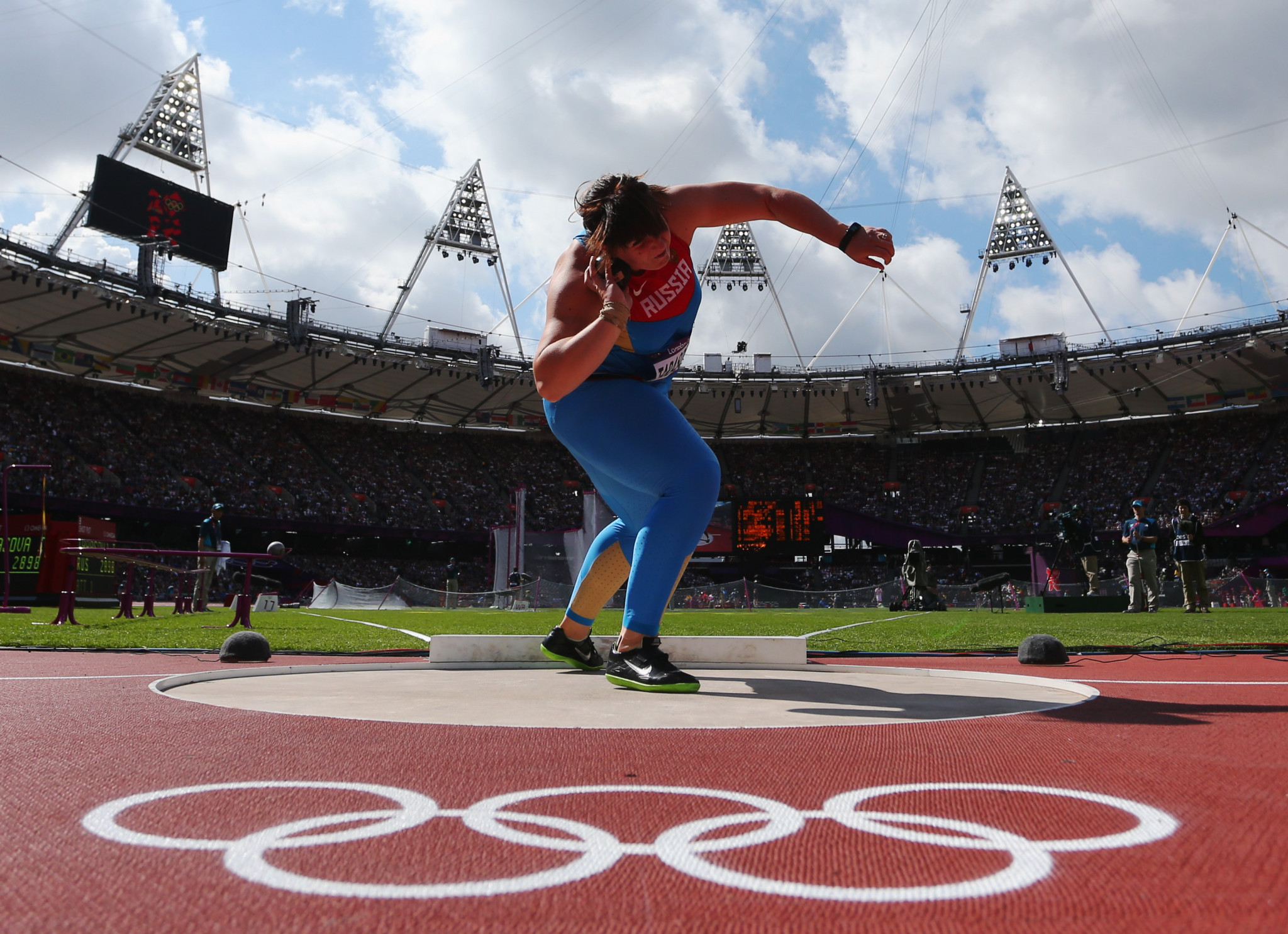 Russian shot putter Irina Tarasova, who competed at the London 2012 Olympic Games, has been given a two-year ban for using a prohibited substance.

The two-year ban, which was effective from July 9 2022, has been announced by the Athletics Integrity Unit.

The sanctions against Tarasova came after evidence was uncovered from the Laboratory Information Management System (LIMS) database, from the World Anti-Doping Agency (WADA) accredited laboratory in Moscow.

All of Tarasova’s results between July 4 2012 and July 12 2016 have been disqualified, including her original placing of ninth in the women’s shot put at London 2012.

Tarasova is the third athlete from the London 2012 women's shot put to have her results disqualified for doping, following original gold medallist Nadzeya Ostapchuk of Belarus and original bronze medallist Yevgeniya Kodolko of Russia.

Valerie Adams of New Zealand was subsequently awarded the gold medal in the event following Ostapchuk's disqualification, with the silver and bronze medals awarded to Chinese athletes Gong Lijiao and Li Ling respectively.

The period in which results have been disqualified covers the gold medal won by Tarasova at the 2013 Summer Universiade in Kazan, and the World Athletics Championships in Moscow in the same year, where she placed seventh.

Tarasova has also been stripped of the gold and silver medals that she won at the 2015 and 2014 European Team Athletics Championships respectively.

The two gold medals that Tarasova won at the 2007 and 2011 Summer Universiades, in Bangkok and Shenzhen respectively, are not affected, as these came before the period of disqualification.