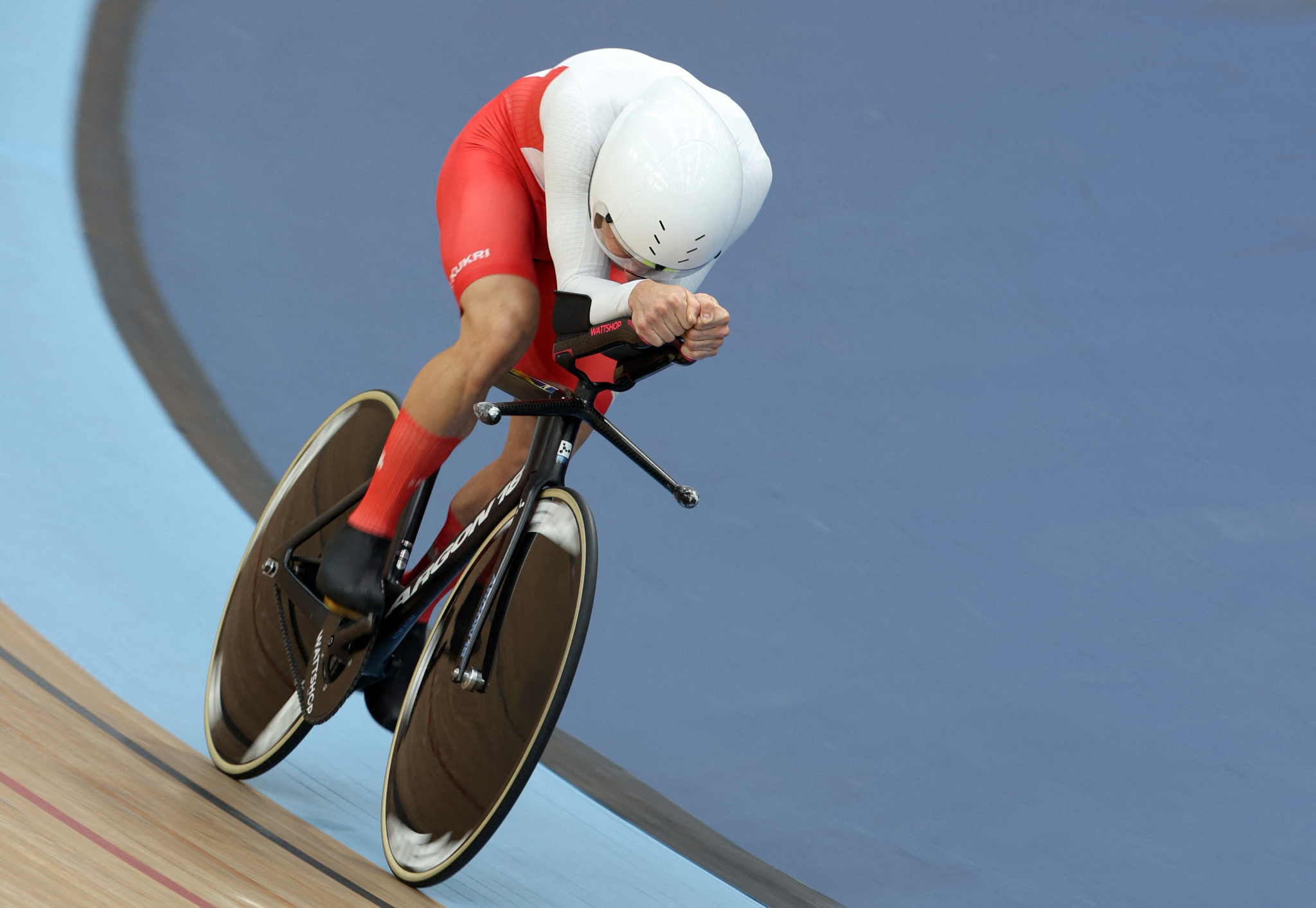 Britain's Dan Bigham has broken the men's International Cycling Union (UCI) record for the furthest distance cycled in one hour with his mark of 55.548 kilometres.

The 30-year-old beat the previous record of 55.089km set by Belgium's Victor Campenaerts that had stood for more than three years since April 2019.

Five riders had unsuccessfully attempted to better Campenaerts' distance prior to Bigham's ride at the Velodrome Suisse in Grenchen.

Bigham described his UCI hour record as "mind blowing", although admitted that the scale of the challenge dawned upon him around the halfway stage.

"I was a bit ahead of split the first half, but I actually felt really good," he said.

"I got to halfway and I basically had to keep riding 16.0 seconds [per lap] for the second half which was quite daunting because I’ve never ridden 16 for half-an-hour before.

"I guess you’ve never got it until you’ve ridden the laps.

"You’re on pace but you still have to cover the distance.

"I had a bit of a wobbly in my head just after the halfway mark, like ‘how am I going to ride 16 for the next half hour?’

The UCI women's hour record has been broken twice at the Velodrome Suisse in the last year - by Britain's Joscelin Lowden with 48.405km in September 2021 and The Netherlands' Ellen van Dijk with 49.254km in May.