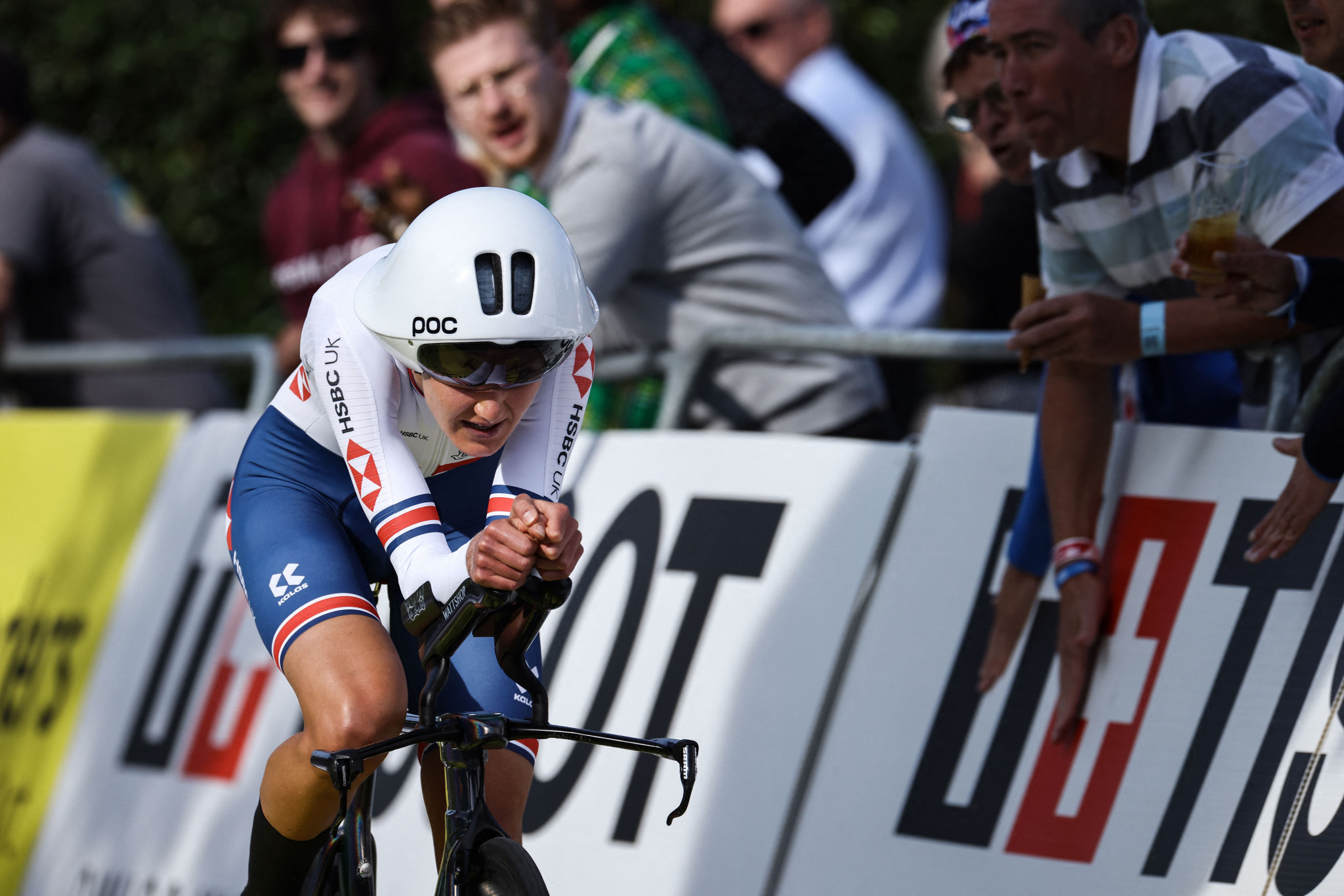 British cyclist Joscelin Lowden has smashed the women's hour record with a distance of 48.405 kilometres at the Velodrome Suisse.

Lowden, taking aim at Italian Vittoria Bussi's record of 48.007km, started strongly and never looked like relinquishing her lead ahead of the required pace.

By the halfway stage, Lowden had moved 11 seconds clear of Bussi's time, set in 2018, before powering further ahead in the next 15 minutes.

In her attempt, Bussi produced a flying finish, which Lowden was aware of, keen to establish a lead before she reached the final stage of the ride.

With 10 minutes remaining, Lowden was more than 25 seconds ahead of schedule and well on her way to breaking the record.

After an hour, Lowden was almost 400 metres ahead of the previous record after a stunning ride in Grenchen in Switzerland.

Lowden, who was congratulated by team mate Dan Bigham, who is hoping to break Bradley Wiggins' British record tomorrow, said, as reported by Eurosport: "There was a lot of self-doubt and actually it wasn't that bad!

"I started and I knew the record split I can ride comfortably, in theory, so I just had to trust that and I knew if I sat below that I would be ok.

"There was a point where Dan was like 'come on, push on' and I thought 'do I really go for it or do I play it a bit safer?', and I think I went somewhere in the middle."

Lowden is just the seventh women to attempt the feat after the International Cycling Union unified regulations for the hour record in 2014.