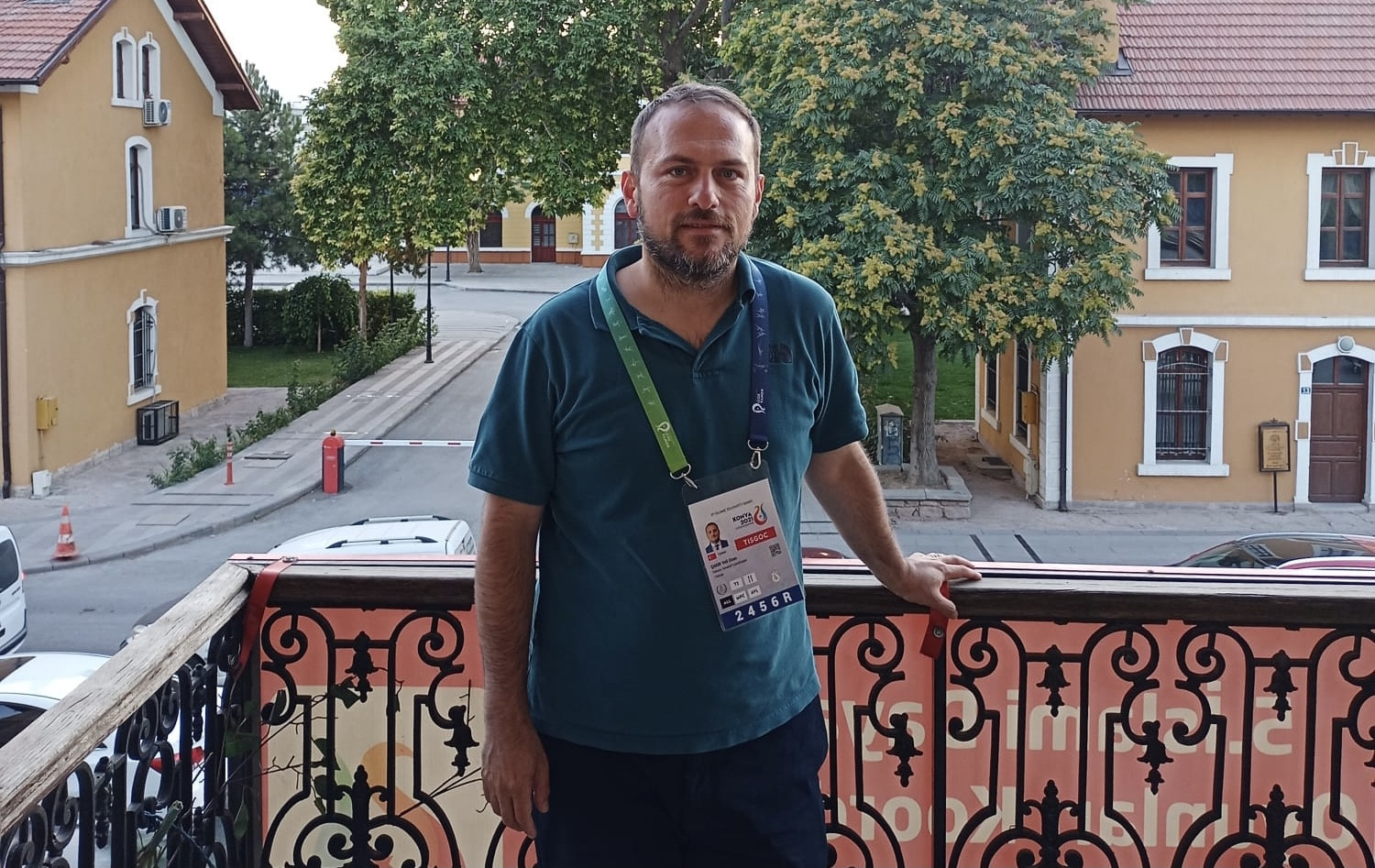 Turkish Modern Pentathlon Federation President Veli Ozan Çakır has expressed his fears for the future of the sport should it be axed from the Olympic Games as he threw his support behind the inclusion of obstacle racing as the fifth discipline.

Çakır has said he is concerned that modern pentathlon will lose "a lot of athletes and countries" if it is not included on the programme for the Los Angeles 2028 Olympics.

Modern pentathlon's long-held position as an Olympic sport is in jeopardy after being left off the initial list for LA 2028.

Obstacle racing has been proposed by the International Modern Pentathlon Union (UIPM) as the sport's new fifth discipline, replacing riding after Paris 2024, in a move aimed at preserving its Olympic status.

In June, Turkish capital Ankara staged the UIPM World Cup Finals that featured the new 90-minute format which is due to be used at Paris 2024, before playing host to the first test event for obstacle racing.

The UIPM claims those who were part of the first test event were satisfied with obstacle racing after 28 of the 36 athletes responded to a tailored survey.

Çakır hailed the event as "very successful" and felt obstacle racing would have a "positive" impact on the Olympic Games.

"Show jumping has history but you should renovate your sport and accommodate new ideas," Çakır told insidethegames.

"Modern pentathlon is a sport that has been produced for the Olympic Games by the founder of the modern Olympic Games.

"But modern pentathlon should not claim to take its place in the Olympic Games by supporting itself only by the legacy of Pierre de Coubertin.

"It should not make an extra load to the Olympic Games, it should take place in the Games but produce positive effects.

"With the [addition of the] new obstacle racing, I am sure modern pentathlon will have more views and more attention from the media.

"I am sure it will be very exciting for modern pentathlon.

"I think the IOC [International Olympic Committee] will keep modern pentathlon in the Games, they should keep it.

"I am sure the new format of modern pentathlon will do a lot for the Olympic Games."

The UIPM is considering replacing riding with obstacle racing as one of the five disciplines in the sport following a decision by the governing body’s Executive Board.

It argued "force majeure" for removing riding without consultation from athletes after controversy arose at the Tokyo 2020 Olympic Games when a German trainer punched a horse, leading to animal welfare concerns.

Activist group Pentathlon United and some athletes have levelled criticism at UIPM's decision to replace riding as well as the process by which it has come about.

Çakır leaped to the defence of the UIPM, insisting it was "impossible to keep modern pentathlon in its classic way for the Games", and said it was important that changes were made to ensure the sport remained on the Olympic programme.

"Of course, there is a minority that is against this decision," said Çakır.

"I should respect their opinion.

"They also have their own strong points, but the main goal of modern pentathlon should be to keep its place in the Olympic Games.

"For example, karate cannot be in the Games, but they will keep their people as they were not in the Games before.

"But with modern pentathlon you have five sports together, so it is very difficult to do training and for the Governments to provide funds for such a difficult sport that is not in the Games.

"If we lost our position in the Games, I am sure we will lose a lot of athletes and countries.

"The replacement for show jumping will increase the number of countries in modern pentathlon.

"This obstacle racing discipline will be more reachable for many countries."