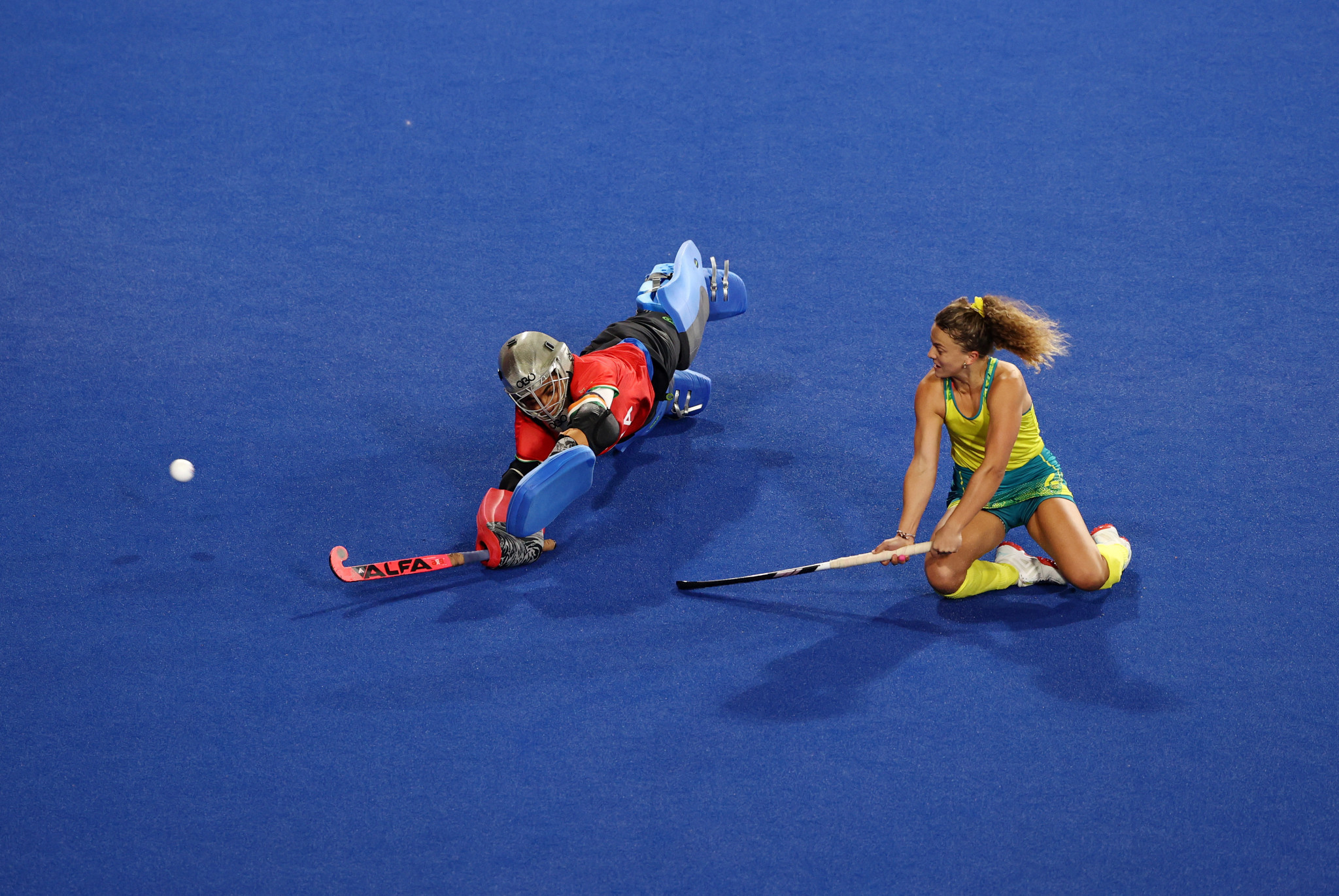 The International Hockey Federation (FIH) has apologised following controversy in last night's women's semi-final penalty shootout at the Birmingham 2022 Commonwealth Games here where Rosie Malone was allowed to re-take her effort in Australia's win against India.

Malone's initial effort, the first of the shootout, had been saved by Indian goalkeeper Kevita, but officials ruled that the attempt should be re-taken because the eight-second countdown clock had misfired.

Lalremsiami had been preparing to take India's first penalty when the umpire halted play and ordered a re-take.

Malone scored at the second time of asking.

Lalremsiami and team-mates Nehal Goyal and Navneet Kaur went on to miss their efforts as Australia won 3-0 on penalties to keep alive their bid to regain their Commonwealth title and end India's hopes of a first final since Melbourne 2006.

The morning on from the incident, the FIH has issued an apology for what happened.

"In the semi-final match of the Birmingham 2022 Commonwealth Games between Australia and India (women), the penalty shootout started mistakenly too early (the clock was not yet ready to operate", for which we apologise," the FIH posted on Twitter.

"The process in place for such situations is that the penalty shootout has to be retaken, which was done.

"This incident will be thoroughly reviewed by the FIH in order to avoid any similar issues in the future."

After the match, Malone expressed sympathy with her opponents, but insisted her focus had to remain on converting the re-take.

"I've never experienced anything like that before," she admitted.

"Obviously in the moment I was devastated when I'd done the first one, and then I was counting my lucky stars with the second one.

"I knew if I got it in all of India would probably hate me, but I was just trying to think about my team and getting to that final.

"I just said to myself, 'If I get a second chance at this I'm not missing it'.

"I'm not going to be opening up my social media tonight.

"These things happen, they're out of our control.

"I felt for India at the time, but all of our other girls got their shootouts in so it's not like that one shootout is the be-all and end-all."

India coach Janneke Schopman made her displeasure clear, and claimed that the incident impacted how the shootout panned out.

"They were fine, they understood that they missed.

"They can take 10 seconds for all I care.

"They weren’t complaining, so I don't understand why you have to make that decision."

The match had finished level at 1-1, with Kaitlin Nobbs and Amy Lawton joining Malone in scoring their penalties for Australia at the University of Birmingham.

The other semi-final also went to a penalty shootout after a 0-0 draw, which hosts England won 2-0 against New Zealand.

The FIH was rocked prior to Birmingham 2022 by the resignation of President Narinder Batra, who also announced on July 18 he was also quitting his role as head of the Indian Olympic Association and relinquishing his International Olympic Committee membership for "personal reasons".

Seif Ahmed from Egypt has been installed as Acting President, and applicants for the role on a full-time basis have a deadline of August 26 to be nominated by their national governing body.