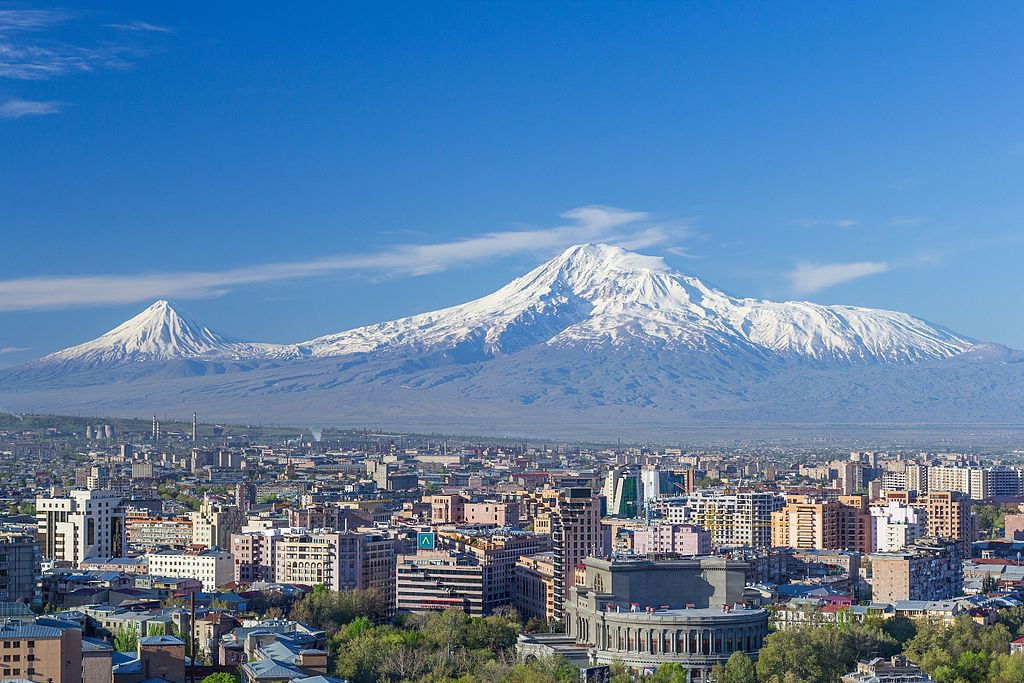 A request to move the International Boxing Association (IBA) Extraordinary Congress from Yerevan has been turned down after a date for the event was set and registration opened.

A group of 15 countries, calling themselves the "Common Cause Alliance", wrote to the IBA Board of Directors urging them to relocate the event from Armenia’s capital, which it has now been announced is due to take place on September 25.

The Extraordinary Congress will be the second to be staged by IBA this year.

At the first in Istanbul in May, Russia’s Umar Kremlev was re-elected for a full four-year term as IBA President after his only rival, The Netherlands’ Boris van der Vorst, was declared ineligible on the eve of the event.

The Dutchman appealed against the Boxing Independent Integrity Unit decision to the Court of Arbitration for Sport and won his case.

The Netherlands is among the group of countries to have called for the event to be moved.

Among the reasons the group of countries, who also included the United States, Australia, Switzerland, France, Canada, England and Ireland, have called for the move, is Armenia’s support of Russia following the invasion of Ukraine.

"The Armenian Government is a close military and political ally of the Russian Government, which is currently conducting an illegal military invasion of Ukraine," they write.

"The Russian military is currently stationed in Armenia, including the Russian 102nd Military Base in Gyumri and the Russian 3624th Airbase in Erebuni Airport near Yerevan.

"The cooperation between the Armenian and Russian Governments is organised under the Collective Security Treaty Organization.

"Were these facts considered by the Board when making the decision to assign the hosting rights of the IBA Congress to the Armenian Boxing Federation?

"How could IBA allow the organisation of the IBA Congress in a country which stations the military that had violated the Olympic Truce and is still conducting an illegal invasion into a sovereign country?

"Therefore, we urge the IBA Board of Directors to address these facts and re-assign the IBA Extraordinary Congress hosting rights without delay.

"We believe that the optimal solution for the IBA would be to host this crucial IBA Congress in Lausanne, which is ‘the home and heart of the international boxing,’ according to the statement of the IBA President at the June 24 2022, IBA Board Meeting."

But IBA have claimed they could not have awarded the Extraordinary Congress to Switzerland as it was not among the 10 countries who bid to host it.

"IBA Board of Directors has already taken the decision about the date and place for the Congress, and IBA head office has opened the NFs (National Federations) registration process accordingly," a spokesperson for IBA told insidethegames.

"IBA Board of Directors has examined different bids and chosen the best suitable solution that satisfies all necessary requirements.

"Neither city of Lausanne nor Switzerland did not come up with a bidding proposal, therefore, the country was not considered."

The main agenda of this Extraordinary Congress is for the National Federations to decide on the necessity of the new Presidential elections, which is seen as crucial to the future of IBA.

Shortly after the CAS ruling in favour of van der Vorst, the International Olympic Committee announced that IBA would once again be stripped of the rights to organise the boxing tournament at Paris 2024.

"I encourage all National Federations to register for the upcoming Congress because in our fight for good governance, IBA strives for absolute transparency when it comes to important decisions such as a Presidential election," Kremlev said.