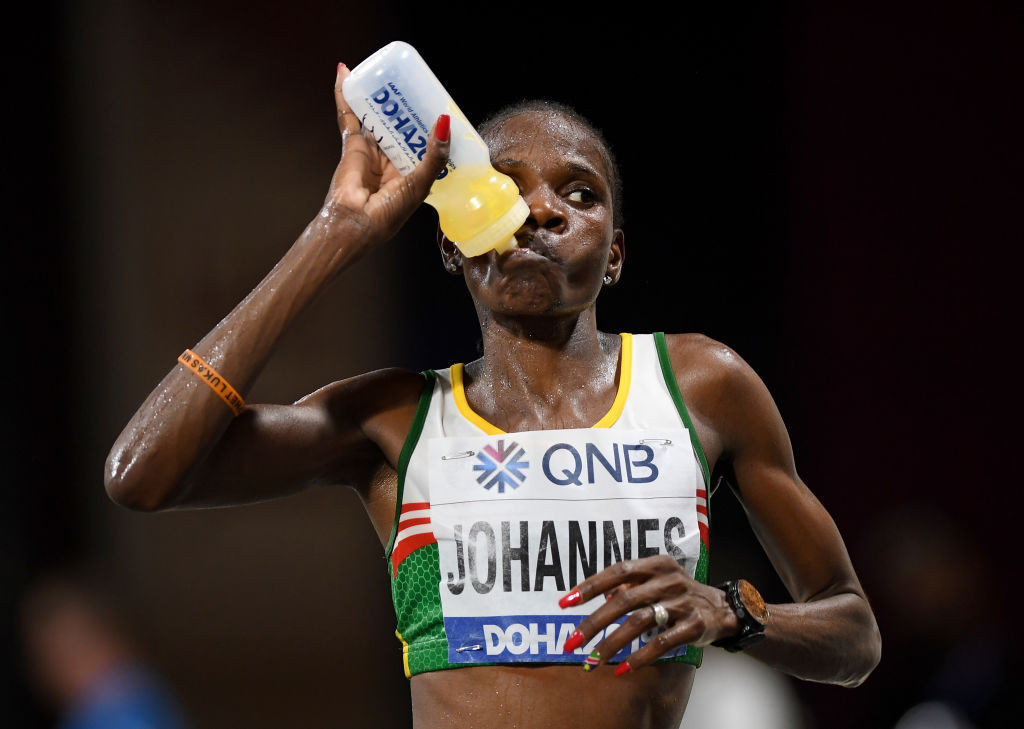 Namibia's Helalia Johannes, who will defend her women’s marathon title tomorrow at the age of 41, has her eyes on the 32-year-old Commonwealth Games record.

That mark of 2 hours 25min 28sec, set by Lisa Martin of Australia at the Auckland 1990 Games, is attainable according to Johannes.

"In Australia [at Gold Coast 2018] the conditions were too hot for fast times and we ran a slow first half of the race, but I think the weather will be better this time," said Johannes, who set her personal best of 2:19:52 a year later as she took bronze in the steamy heat of Qatari capital Doha.

Asked if the record is in danger, she responded: "It could be.

"There are some good runners, from Kenya and other countries, and I've been told it is a nice course and you can run fast.

"I haven't run a marathon since last November, but I have had a lot of nice races over shorter distances and a good half-marathon last month [when she beat her own national record in South Africa].

Johannes missed the recent World Athletics Championships in Eugene in order to focus on her chances in Birmingham.

"I have no regrets about that," she said.

"I am very proud of my Commonwealth Games title and I want to defend it."

The Namibian's closest rivals could be the Kenyan pair of Maurine Chepkemoi and Stellah Barsosio.

In the men's marathon, there may be challenges to a long-standing Commonwealth record - the 2:09:12 time set by England’s Ian Thompson at the Christchurch 1974 Games.

Victor Kiplangat of Uganda made a breakthrough in April when he ran 2:05:09 in the Hamburg Marathon, three weeks after the consistent Alphonce Felix Simbu of Tanzania - a 2017 World Championship bronze medallist who finished fifth and seventh at the last two Olympic Games - had set a personal best of 2:06:20 in Milan.

Kenyans Jonathan Korir and Philemon Lokedi will also be medal contenders if they can rediscover their 2021 form.

In the Para athletics T53/54 marathons, the favourites are Johnboy Smith of England in the men’s field and Australia’s Madison De Rozario, the Tokyo 2020 Paralympic marathon and 800 metres gold medallist, in the women’s race.

All four marathon events take place tomorrow, starting and finishing in Victoria Square, with racing due to start at 7am.