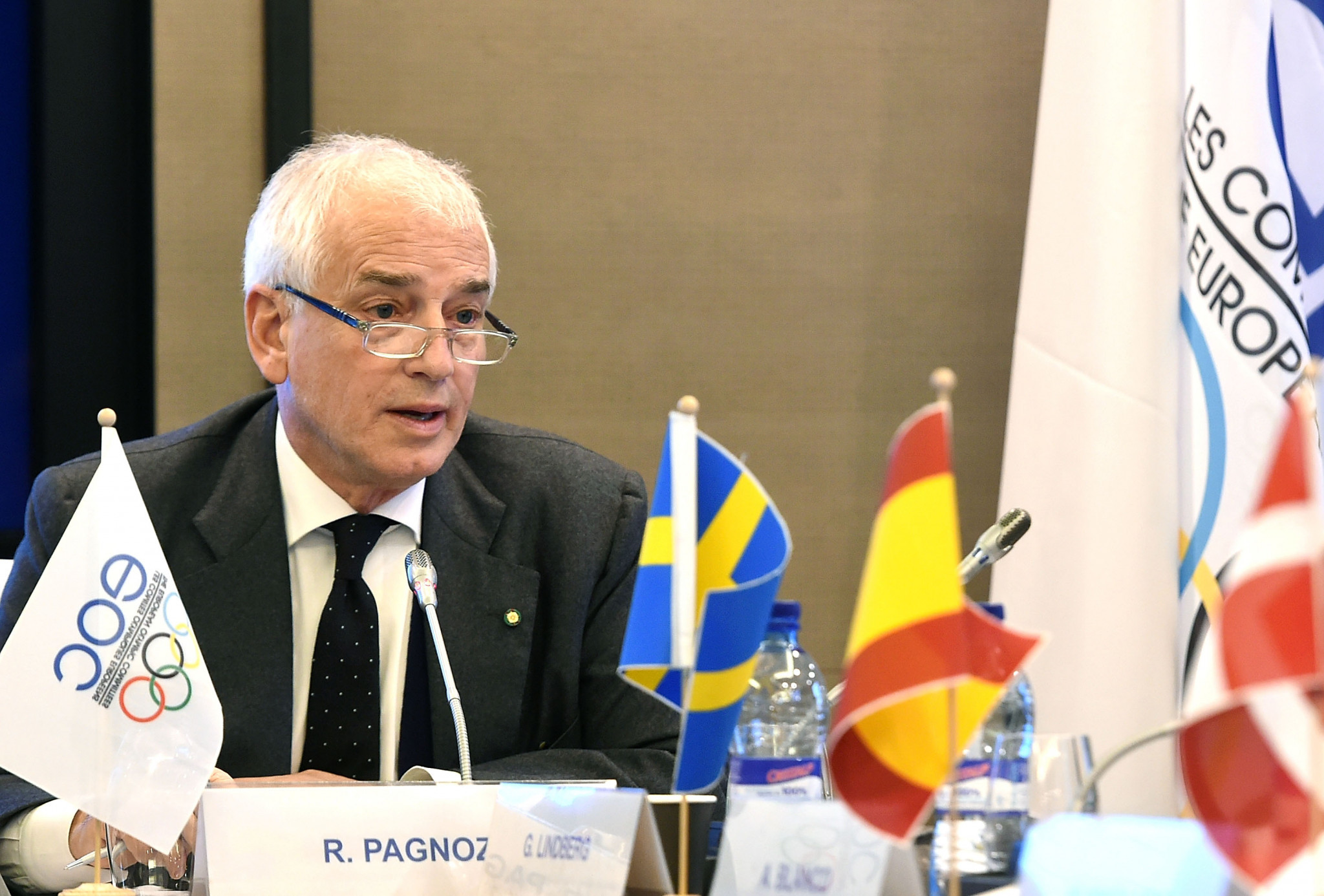 The panel's creation was approved at an EOC Executive Committee meeting in Slovakia.

Pagnozzi is Italian, Mennel Austrian and Mateša from Croatia.

The feud with the ROC stems from when it was banned from the EOC's General Assembly in Skopje, along with the National Olympic Committee of the Republic of Belarus (NOCRB), in response to the invasion of Ukraine.

At the time, ROC President Stanislav Pozdnyakov described the decision to ban the pair as "frankly absurd".

EOC President Spyros Capralos reluctantly implemented the ban to "protect the proper functioning" of the General Assembly, citing "strong opposition" from some members to a plan for the ROC and NOCRB to participate remotely.

"In order to protect the integrity of the General Assembly and ensure that we are quorate today, it was agreed that Russian and Belarusian NOCs should not attend this meeting," said the Greek official at the time.

The ROC was also banned from the Winter European Youth Olympic Festival (EYOF) in Finland before the conference in North Macedonia.

Russians and Belarusians are also banned from the ongoing EYOF in Banská Bystrica, alongside which the EOC Executive Committee met.

As a result of the first two exclusions, the ROC lodged appeals with the Court of Arbitration for Sport (CAS) to be reinstated.

Last month, the ROC also joined 12 National Federations from Russia who filed appeals to the CAS to have the country's athletes and national teams allowed back into international competition.

A further nine NFs appealed internally within their respective International Federations but did not take the matter as far as CAS.

As of July 24, at least 5,237 civilians have been killed in Ukraine since Russia - aided by Belarus - launched a full-scale invasion on February 24, the United Nations reports, but it believes the true figure is far higher.