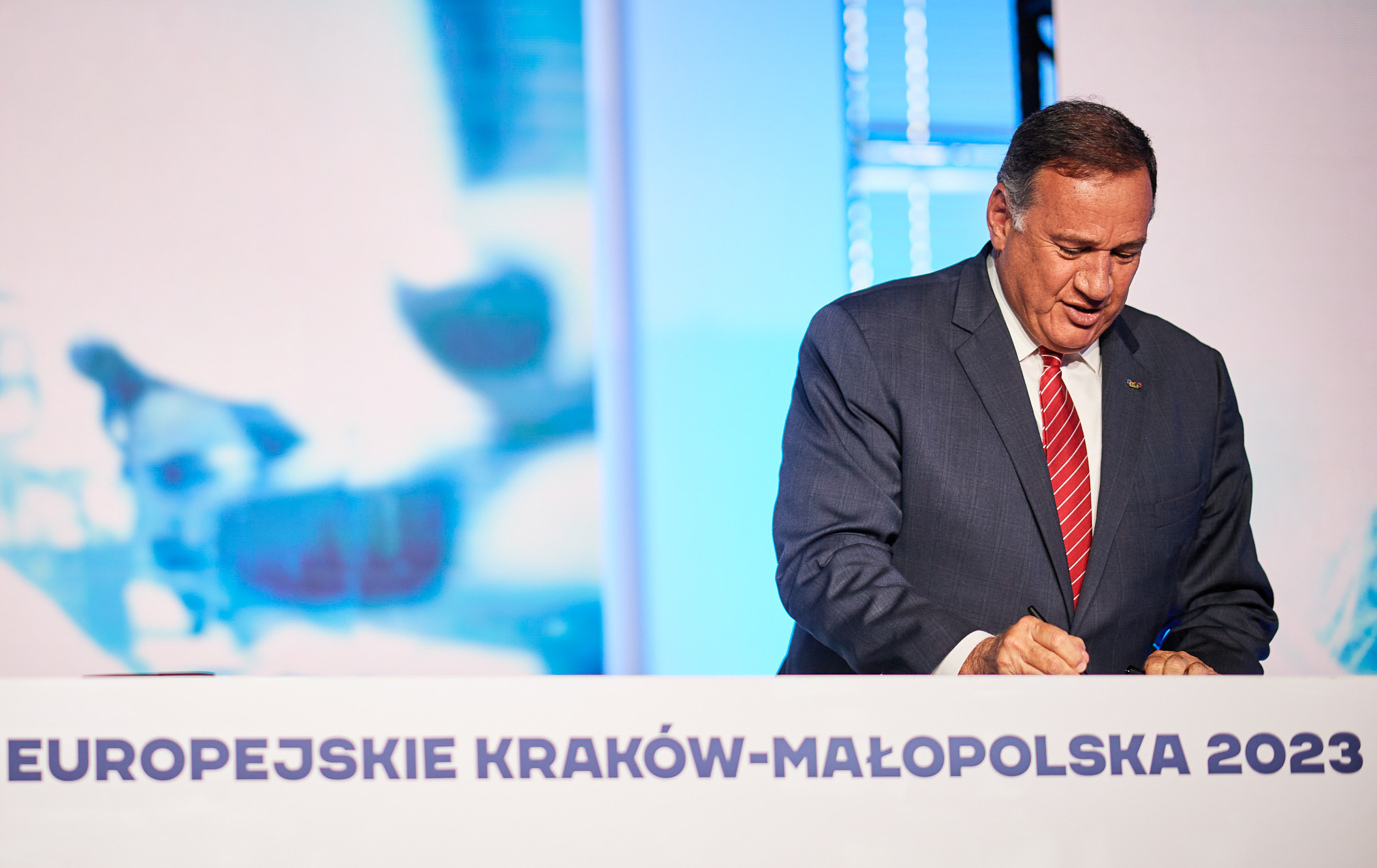 European Olympic Committees (EOC) President Spyros Capralos has stated that the 2023 European Games in Kraków and Małopolska will not be able to change controversial opinions towards the LGBTQ+ community in Poland.

The region of Małopolska, which includes Kraków, was officially declared as being "free from LGBT ideology" until October last year after its Council revoked the resolution when the European Commission threatened to withdraw more than €2.5 billion (£2 billion/$3 billion) it receives in funding from the European Union.

Poland was selected as host in June 2019, prior to Capralos' Presidency beginning in 2021, after the Kraków-Małopolska bid was the only application.

"I think the European Games is an event that brings athletes and communities together for a noble thing," Capralos told insidethegames at the EOC-organised European Youth Olympic Festival in the Slovakian city of Banská Bystrica.

"In some cases it brings the opportunity for us to express our ideas, our values and our principles, and this is very important but we have to understand that the Games are not going to be the ones that change a society.

"They are not there to do that.

"If we can help on that so much the better, but we cannot change a country or a society."

The status of LGBTQ+ rights in Poland is among the worst in European Union countries.

Same-sex relationships are not legally recognised in the country, while same-sex couples are also banned from adopting children.

Capralos said that there would not be any special measures to ensure the safety of LGBTQ+ fans and athletes during the Games next year, scheduled to take place from June 21 to July 2 next year.

"In our ideals we do not discriminate," said the Greek official.

"This is a part of our Olympic values - respect and no discrimination for everybody.

"Therefore, we will continue to do the same thing."

Previous hosts of the European Games, Baku in 2015 and Minsk in 2019, both faced criticism over the host nations' respective records on human rights.