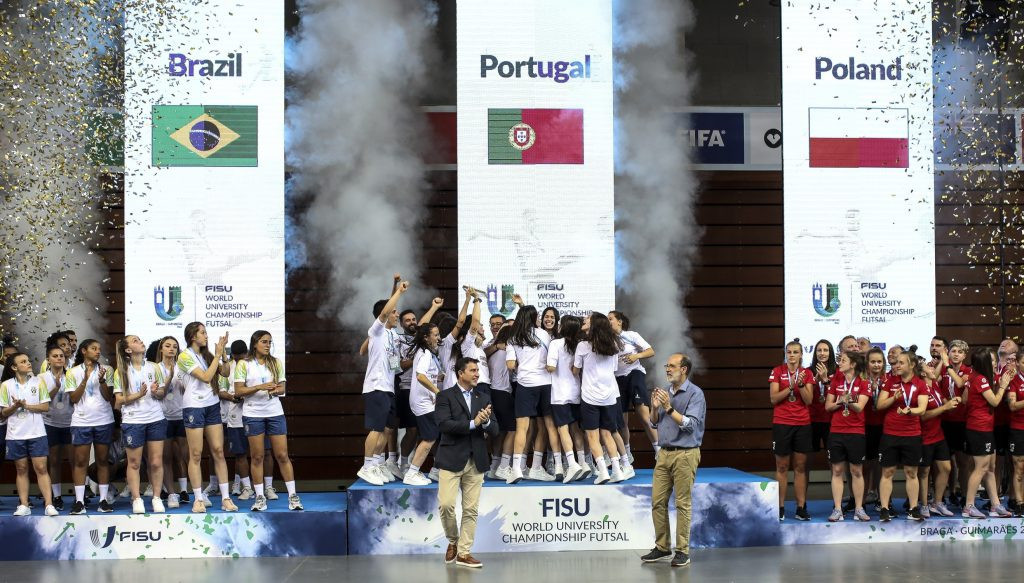 Teams from Brazil and Portugal were victorious at the International University Sports Federation (FISU) World University Championship Futsal in Braga and Guimarães.

The Portuguese women staged a brilliant comeback in the final to claim a home victory on penalties.

Portugal trailed Brazil 5-1 at the interval, but scored four unanswered goals - including one right at the death - to take the final to extra time.

With no more goals, penalties were needed, and Portugal triumphed without missing.

There was joy for Brazil in the men's tournament, however, as they defeated Ukraine 6-4 after extra time.

The host nation beat the Czech Republic 5-3 to claim bronze.

The FISU World University Championship Futsal was organised locally by the National University Sport Federation of Portugal and University of Minho.

It featured an Opening Ceremony in the centre of Braga last week.

Portugal is one of futsal's most successful nations and has sought to establish itself as a regular host of international futsal events.