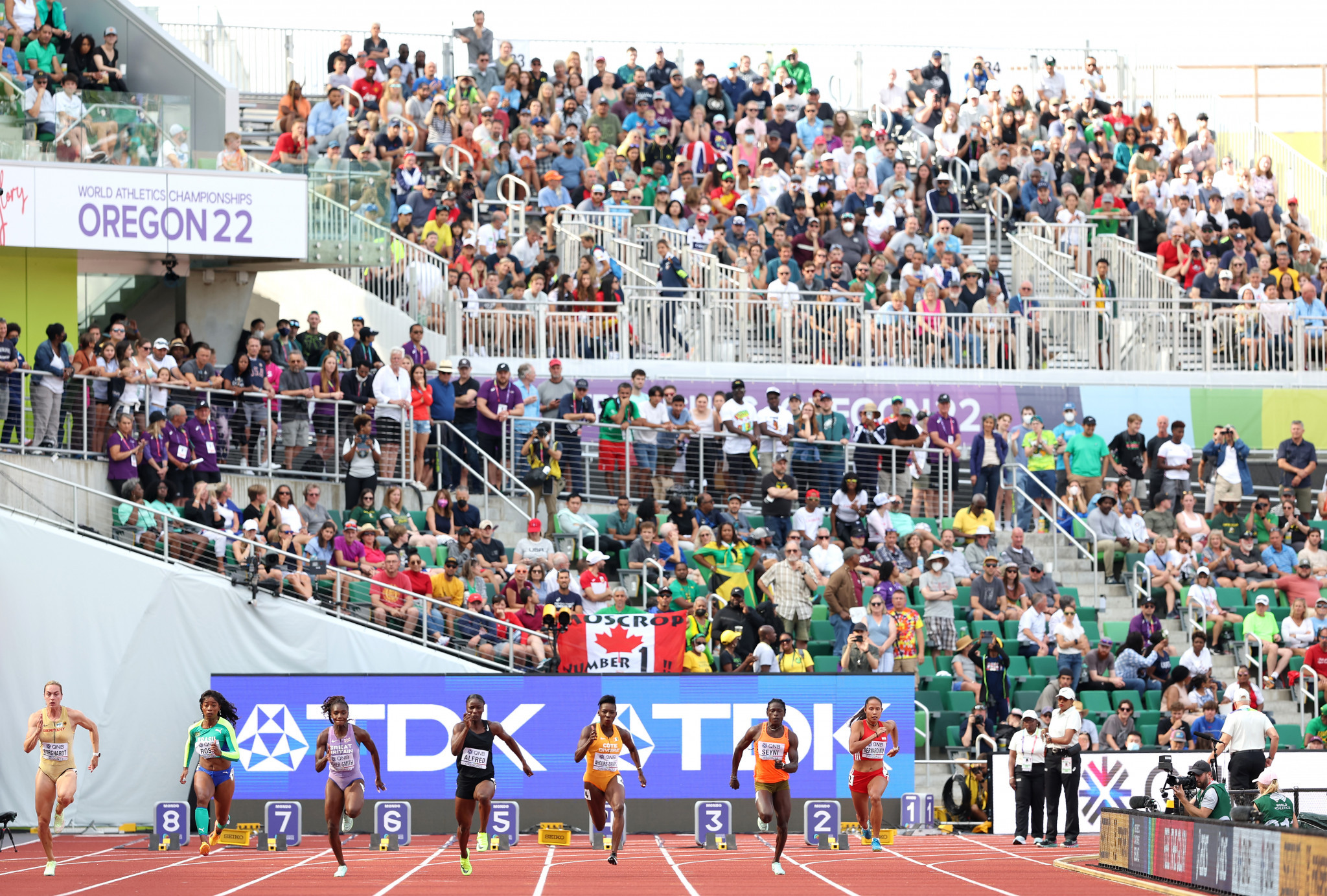 A new circuit of athletics meetings designed to help popularise the sport in the build-up to the 2028 Olympic Games in Los Angeles is set to be launched next year in the United States.

The series has been revealed by Max Siegel, the chief executive of USA Track & Field (USATF), with the aim of making athletics the country’s fifth-most-followed sport by the time of Los Angeles 2028.

The plan has been backed by World Athletics, who under its President Sebastian Coe, have long had the aim of making the sport more popular in the US and have joined forces with USATF on a series of initiatives called "Project America".

"Whether you think we're crazy or not, it gives us something to shoot for in terms of how they measure where track and field is in the ecosystem," Siegel told the Los Angeles Times.

The US has long been the sport’s most successful country when it comes to winning medals at the Olympic Games and World Championships, but its athletes' excellence has always outstripped the interest of the American public.

A World Athletics-contracted Nielsen study from 2019 found that track and field was the eighth-most-followed US sport, with 37 per cent of slightly more than 1,000 respondents indicating they were interested in it.

To move into the top five behind football on 66 per cent, baseball 56 per cent, basketball 55 per cent and soccer 47 per cent, track and field would need to surpass swimming, tennis and motor racing.

Coe believes that what gives athletics a great platform in the US is the fact that, according to their figures, there are already 50 million Americans who identify as recreational runners.

"The challenge is to form that really clear connect with what they are doing - particularly those recreational runners - and believing they are part of that track and field landscape," Coe said.

Besides California, Florida and Texas are among states identified as possible host venues for the new series.

Siegel plans to "take pre-existing events with built-in fanbases and create a 'festival-type atmosphere' around them, perhaps including a road race, to tap into its largest possible audience of casual runners."

He hopes that the current World Athletics Championships being staged in Eugene in Oregon, the first time the event has been held in the US, will help provide a launchpad for the new USATF series.

American broadcaster NBC is showing 12.5 hours from the World Championships on its main feed, including a first-ever prime-time window - four more hours than it has devoted to a previous world championship since the 2007 event in Osaka.

"I guess it’s been a long time coming," she said.

"I know that we’re really proud to host the World [Championships].

"We’re really excited you all get to see what we’ve seen and come to Hayward and experience the Hayward magic.

"I know in my career, I’ve always been a little envious of that athlete in the home country, that applause.

"I’m just really excited for all the US athletes to be able to get that experience.

"I hope that hosting events in the U.S. will bring in new fans, that people will understand the sport and be drawn to it.

"I hope that having the Olympics in Los Angeles coming up will bring a new wave of fans.

"So just really, we got to get out there and really keep kids engaged and enjoying the sport.

"I hope that having events in the US is one way."