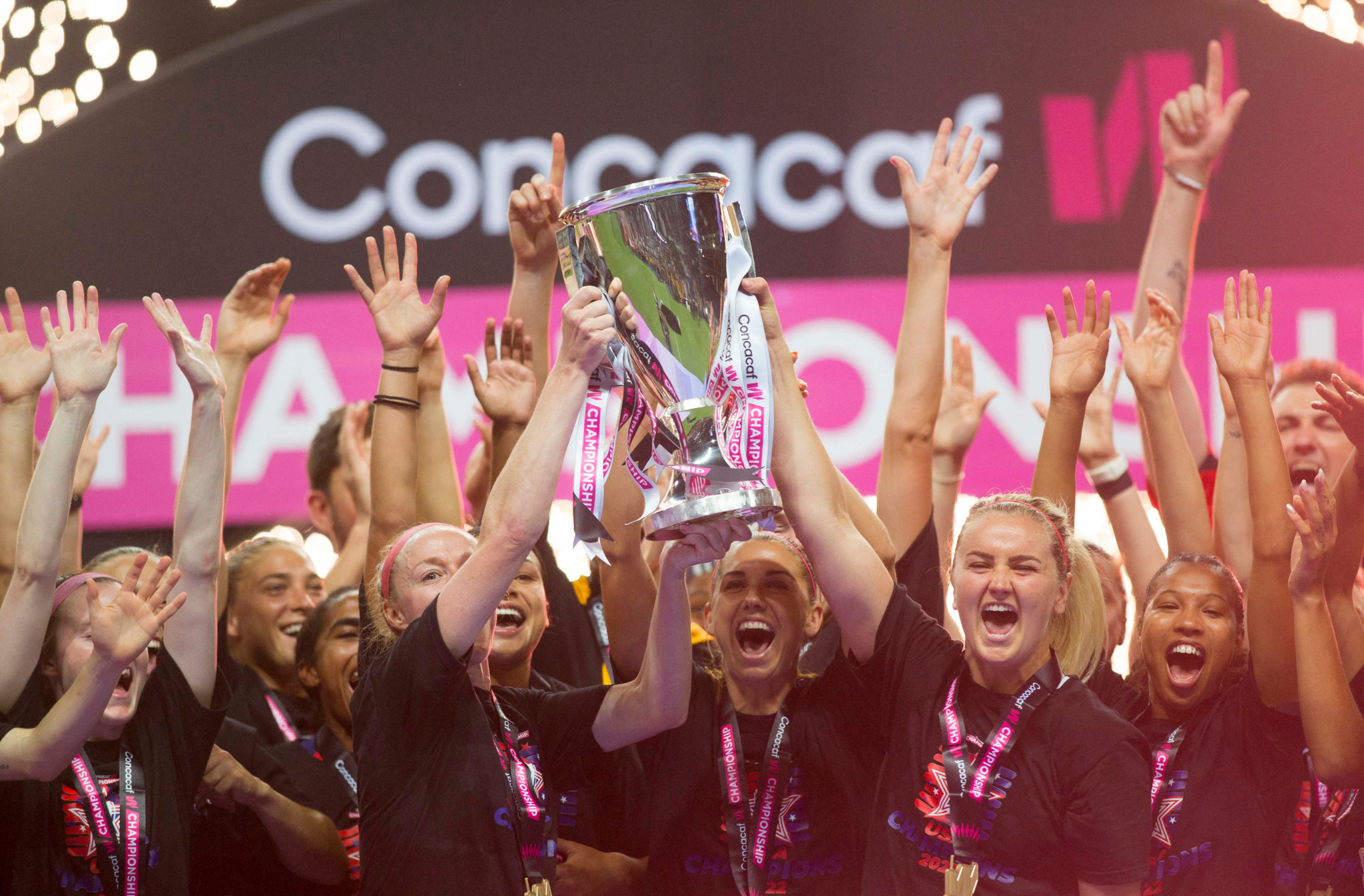 Reigning world champions the United States have defended their Confederation of North, Central America and Caribbean Association Football (CONCACAF) W Championship title and booked a place at Paris 2024, sealing a 1-0 win over Olympic champions Canada in the final at Monterrey's Estadio BBVA.

The US have also qualified for the inaugural CONCACAF W Gold Cup in 2024, while Canada are set to play third-place Jamaica in a CONCACAF Olympic playoff to decide the final team to represent the region in Paris.

It was the first time the two teams were meeting since Canada overcame the Americans in a Tokyo 2020 Olympic semi-final last year.

This was a moment for the US to enact some revenge on their northern rivals, though it was hardly smooth sailing.

Just like in Japan, a goal was hard to come by as the US squandered chances and Canadian goalkeeper Kailen Sheridan impressed.

However, whereas Canada edged the Olympic semi-final via a penalty, the world's top-ranked team did so on this occasion.

Allysha Chapman was ruled to have fouled Rose Lavelle in the penalty area and Alex Morgan stepped up to the spot to convert the in the 78th minute.

It was the third time Morgan had scored against Canada in the qualifying finals for either the FIFA Women's World Cup or the Olympics.

The Americans' triumph marks the third consecutive time they have claimed the trophy and a ninth CONCACAF title overall.

Earlier in the day, Jamaica secured third place thanks to an extra-time winner from Kalyssa van Zanten versus Costa Rica.

Van Zanten was substituted on in the 99th minute and delivered the deciding goal three minutes later to send her nation to the Paris 2024 playoff.

Jamaica have never qualified for the women's football tournament at the Olympics.

The final four teams all qualified for the 2023 FIFA Women's World Cup in Australia and New Zealand by reaching the semi-finals of the CONCACAF W Championship in Mexico.