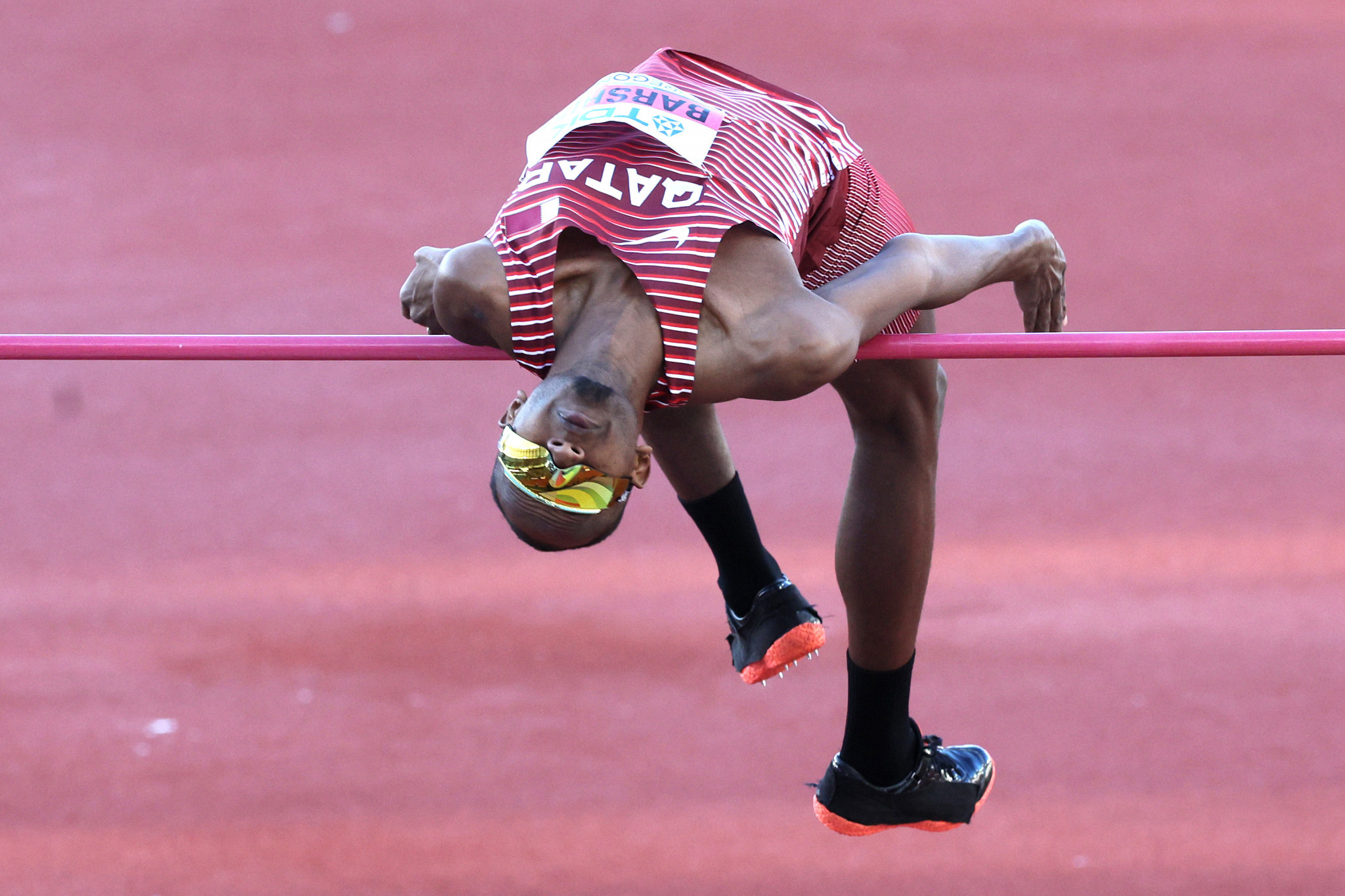 Five reigning Olympic champions from four different continents underlined the global nature of athletics as they won gold on day four of the World Athletics Championships in Eugene.

Barshim, cool and enigmatic as always, has taken things relatively easy since that joyous and historic moment in Tokyo last year when he and his friend Gianmarco Tamberi of Italy decided to share the Olympic title.

But when it really mattered he focused his extraordinary talent to produce an unblemished sequence of six clearances up to a high point of 2.37 metres, the best achieved this year.

That proved too much for the mere mortals in the field.

World indoor champion Woo Sang-hyeok, who went over 2.33m at the third attempt, equalled his South Korean record of 2.35m for silver.

Tamberi, who got back into action sooner than Barshim and earned joint bronze at the World Athletics Indoor Championships, also showed the competitiveness in his soul as he only got over 2.30m at the third attempt and cleared 2.33m with his second effort.

Sadly for him it was not enough to earn a medal as the bronze went to Ukraine’s Andriy Protsenko on countback - a landmark achievement by the 34-year-old from Kherson given the carnage taking place in his home country right now.

Kipyegon, who retained her Olympic 1500 metres title in Tokyo, won her second world gold in classic fashion, tracking Ethiopia’s Gudaf Tsegay, who had set off at a coruscating pace, before hunting her down on the final lap to win in 3min 52.96sec.

"I had pressure because everybody was expecting special things of me," Kipyegon said. "Everybody was like, 'We have faith, we believe in Faith'."

In World Championship terms it was a case of Faith restored.

Thiam, who like Kipyegon retained her Olympic title last year, looked determined to regain her world title over the two days of the heptathlon, which she began with a personal best of 13.21sec in the 100m hurdles

But she went into the seventh and final discipline of the 800m trailing the Olympic silver medallist, Anouk Vetter, by 19 points after the Dutch athlete had produced a lifetime-best long jump of 6.52 metres in the opening event of the day, just 0.07m adrift of the Belgian, and then leveraged her superior javelin technique with a huge effort of 58.29m.

It could have gone either way - but Thiam's champion mindset ensured there was little question well before the end as she drove on to finish fifth in a huge personal best of 2:13.00, with Vetter struggling home 11th in 2:20.09.

El Bakkali's 3,000m victory in Tokyo ended a sequence of nine Olympic victories by Kenya going back to Los Angeles 1984 - and Kenya had boycotted the Moscow 1980 Olympics.

The big question was whether he could follow through with a first world title, and he answered it in style as he once more outwitted the Ethiopian who took silver behind him in Tokyo, Lamecha Girma, making his move at the final water jump in a race where runners had had to avoid a cameraman on the track in the first lap.

El Bakkali won in 8:25.13, with Girma second in 8:26.01 and third place going to Kenya’s Rio 2016 gold medallist and defending champion Conseslus Kipruto, who had had to watch last year's Olympics on television as he struggled to recover from injury.

Rojas, who improved her world triple jump record to an extraordinary 15.74 metres in winning the world indoor title in Belgrade, had arrived in Eugene as one of the strongest favourites, and she fully lived up to that distinction.

Although she was unable to get very close to her world mark, Rojas still produced three huge efforts that were beyond anything her rivals could manage, with the winning third-round mark of 15.47m being followed by efforts of 15.24m and 15.39m.

Canada’s Olympic champion Andre De Grasse, who competed in the 100m but is clearly far from his top form, did not start.

Meanwhile all three of the Jamaican sprinters who achieved a medal sweep in the previous day's women's 100m final proceeded to their 200m semi-finals as Shelly-Ann Fraser-Pryce clocked 22.26, Sherika Jackson ran 22.33 and Olympic champion Elaine Thompson-Herah finished in 22.41.