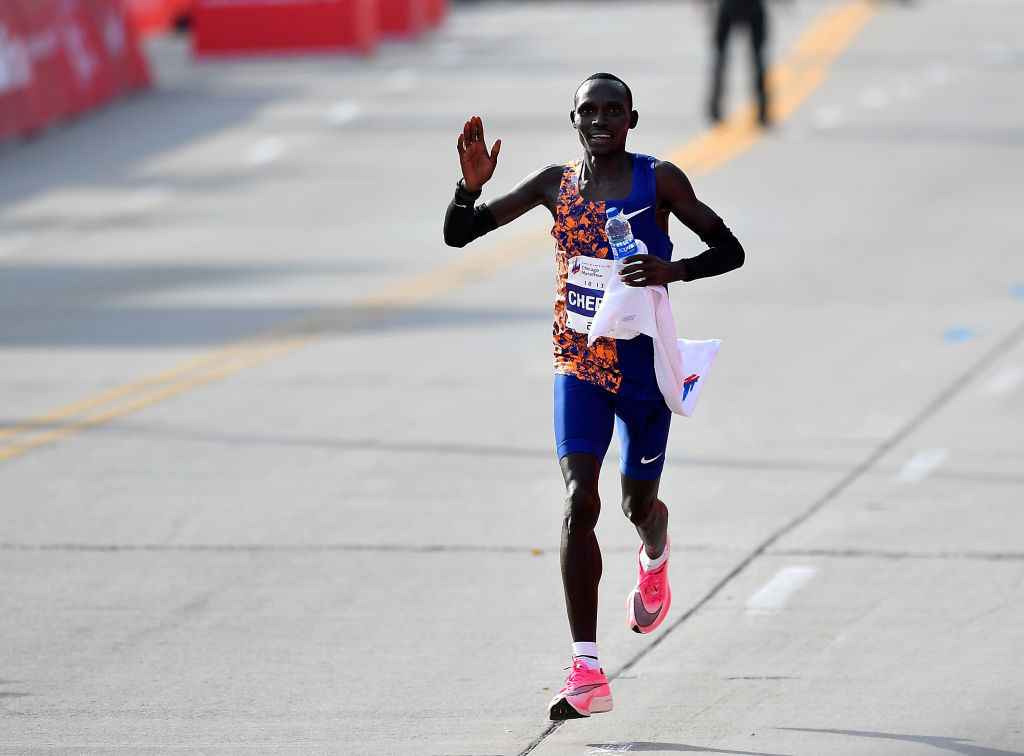 Kenya’s Lawrence Cherono, winner of the Boston and Chicago Marathons in 2019, and Randolph Ross, who won Olympic gold last summer as part of the United States 4x400 metres relay team, are both out of the World Athletics Championships in Eugue due to receiving provisional anti-doping suspensions.

The Athletics Integrity Unit (AIU) has announced that Cherono, the eighth fastest marathon runner of all time and who finished fourth at the re-arranged Olympic Games in Tokyo last year, who was due to compete tomorrow, had tested positive for trimetazidine, a medicine used medically to prevent angina attacks.

Trimetazidine is the same drug that figure skater Kamila Valieva tested positive for before the 2022 Winter Olympic Games in Beijing, leading to doubts over Russia will be allowed to keep the gold medals they won in the team event.

In 2014, Chinese Olympic champion swimmer Sun Yang tested positive for trimetazidine, which had been newly banned four months earlier and classified as a prohibited stimulant by the World Anti-Doping Agency (WADA).

Ross, who ran in the 4x400m heats at Tokyo 2020, is alleged to have tampered with the doping control process during an investigation into a potential whereabouts violation.

If he is sanctioned it will presumably call into question whether the United States victory will be allowed to stand.

The relevant sample from Cherono, whose personal best for the marathon is 2 hours 03min 04sec, was taken during an out-of-competition test on May 23 and received by the WADA-accredited laboratory in Lausanne on May 27.

The AIU was not notified of the adverse finding until July 13, at which point Cherono was travelling to Eugene, where he was notified when he arrived.

As a consequence, the AIU has made a formal complaint to the laboratory in relation to what it describes as an "unacceptable delay which has denied the opportunity for another Kenyan athlete to take the place of Mr Cherono in the marathon."

The AIU noted that under the WADA International Standard for Laboratories, reporting of sample results should occur within 20 days of receipt of the sample, whereas in this case the delay to the time of reporting was 47 days.

Lausanne is one of the two laboratories due to analyse results of the AIU’s testing during the World Championships, the other being the one based at Salt Lake City.

Regarding the case against Ross, there was an unsuccessful attempt by the AIU to test him on June 18 and the investigation into this matter concluded when he was interviewed by the AIU in Eugene on Thursday (July 14).

Kenya is one of seven Category A federations deemed to have the highest doping risk this year and considered as a threat to the overall integrity of the sport, along with Bahrain, Ethiopia, Morocco, Nigeria, Ukraine and Belarus.

The AIU has announced that, due to "significant improvements in most of their domestic testing programmes", none of these countries - save for Belarus, whose athletes are banned from international competition following Russia's invasion of Ukraine - have any competitors ineligible to compete in the World Championships for failing to meet minimum testing requirements.

"This contrasts with the situation in Tokyo last year when 20 such athletes were declared not eligible," an AIU release said.

"This year, the minimum testing requirements were fully met for five out of the six relevant Federations.

"In the case of the Ukraine Athletics Federation, the requirements were largely met, and the AIU Board approved an exemption for seven (out of 22) Ukrainian athletes due to the exceptional circumstances facing that Federation."

The seven athletes exempted, however, will be tested at least twice before competing.

The key eligibility requirement for athletes from a Category A country is that they must undergo at least three no-notice out-of-competition tests (urine and blood) conducted no less than three weeks apart in the 10 months leading up to a major event.

In total, 156 athletes from six category A countries were entered for the World Championships - six from Bahrain, 46 from Ethiopia, 41 from Kenya, 16 from Morocco, 25 from Nigeria and 22 from Ukraine.

There was a total of 1206 out-of-competition tests conducted at domestic level, not including AIU tests, since January 1, 2022 by the relevant six Category A countries.

On July 28 last year a group of 10 Nigerian athletes were declared ineligible for the Tokyo 2020 Olympics by the Athletics Integrity Unit (AIU) because they were not tested rigorously enough in the run-up to the Games.

A total of 20 athletes from the seven nations deemed most at-risk when it came to doping were ruled out of the Games.

The figure of 10 Nigerians represented more than 40 per cent of the track and field team for Tokyo.

Doping irregularities had a further impact on Nigeria this year as its women's 4x100 metres relay team lost its place at the World Athletics Championships currently taking place in Eugene, Oregon in the wake of an additional doping sanction for sprinter and long jumper Blessing Okagbare.

Okagbare, long jump silver medallist at the Beijing 2008 Olympics and Commonwealth 100 and 200m champion at the Glasgow 2014 Games, was given a 10-year ban following a positive test for human growth hormone that became known during last year’s Olympics, forcing her to abandon the 100 semi-finals.

But Okagbare was disqualified for an additional year by the AIU on charges of evading sample collection, as well tampering or attempted tampering with the anti-doping process.

These charges relate to a missed test on June 13, 2021, and the sanction meant all of Okagbare's results after this date were disqualified.

This included the 4x100m relay race she ran in at the Nigerian Olympic trials on June 2019 which  earned qualification the Eugene World Championships, and with the result disqualified Nigeria lost its place.

They are part of the 600 pre-competition tests which are being conducted at a dedicated doping control station in the Athlete’s Village in Eugene.

Meanwhile, there will also be 500 in-competition tests across all events.

Most of the samples collected in Eugene will be kept in a long-term storage facility for future re-analyses, as anti-doping science develops.