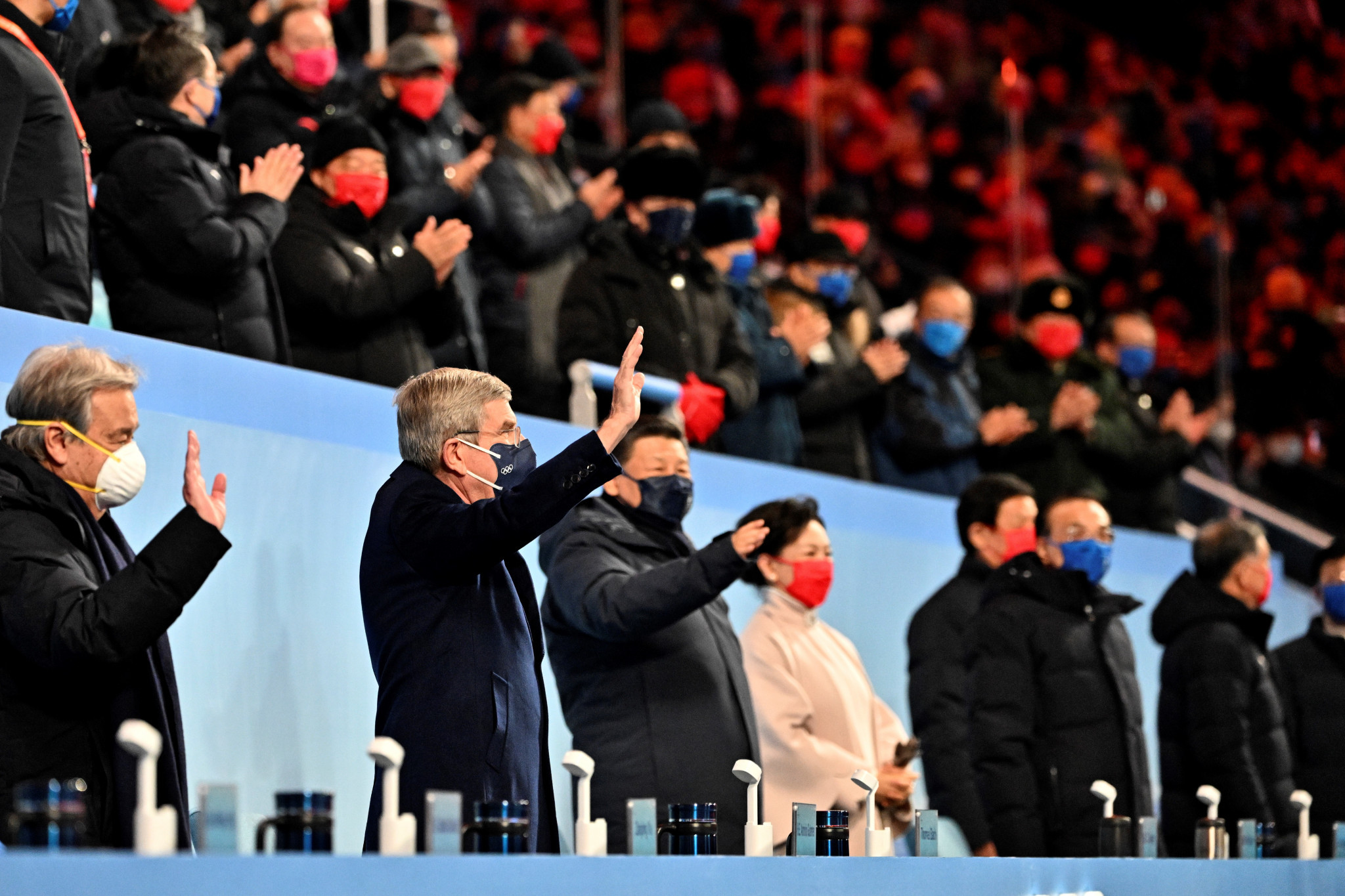 Bach met with Guterres at the UN's headquarters in New York, where the secretary general reportedly congratulated the IOC on its staging of the Tokyo 2020 and Beijing 2022 Olympics.

The pair also discussed what the IOC has described as "the geopolitical situation".

Bahous wrote on Twitter afterwards that "sports is a powerful enabler of peace, inclusion and mutual respect".

Relations between the two global organisations are strong, with Guterres attending the Beijing 2022 Opening Ceremony earlier in the year.

Bach and Guterres met during the Winter Olympics, where the IOC President declared that both organisations "are about peace, understanding and solidarity".

Portuguese official Guterres' visit to the Winter Games in China was not without controversy, with a coalition of human rights groups urging the UN secretary general to decline his invite due to concerns about China's treatment of Uyghur Muslims in the Xinjiang region.

Michelle Bachelet travelled to China in May, the first time the UN's High Commissioner for Human Rights had visited the country since 2005.

Bach has also travelled to Birmingham in Alabama to attend the World Games as part of his ongoing visit of the US.