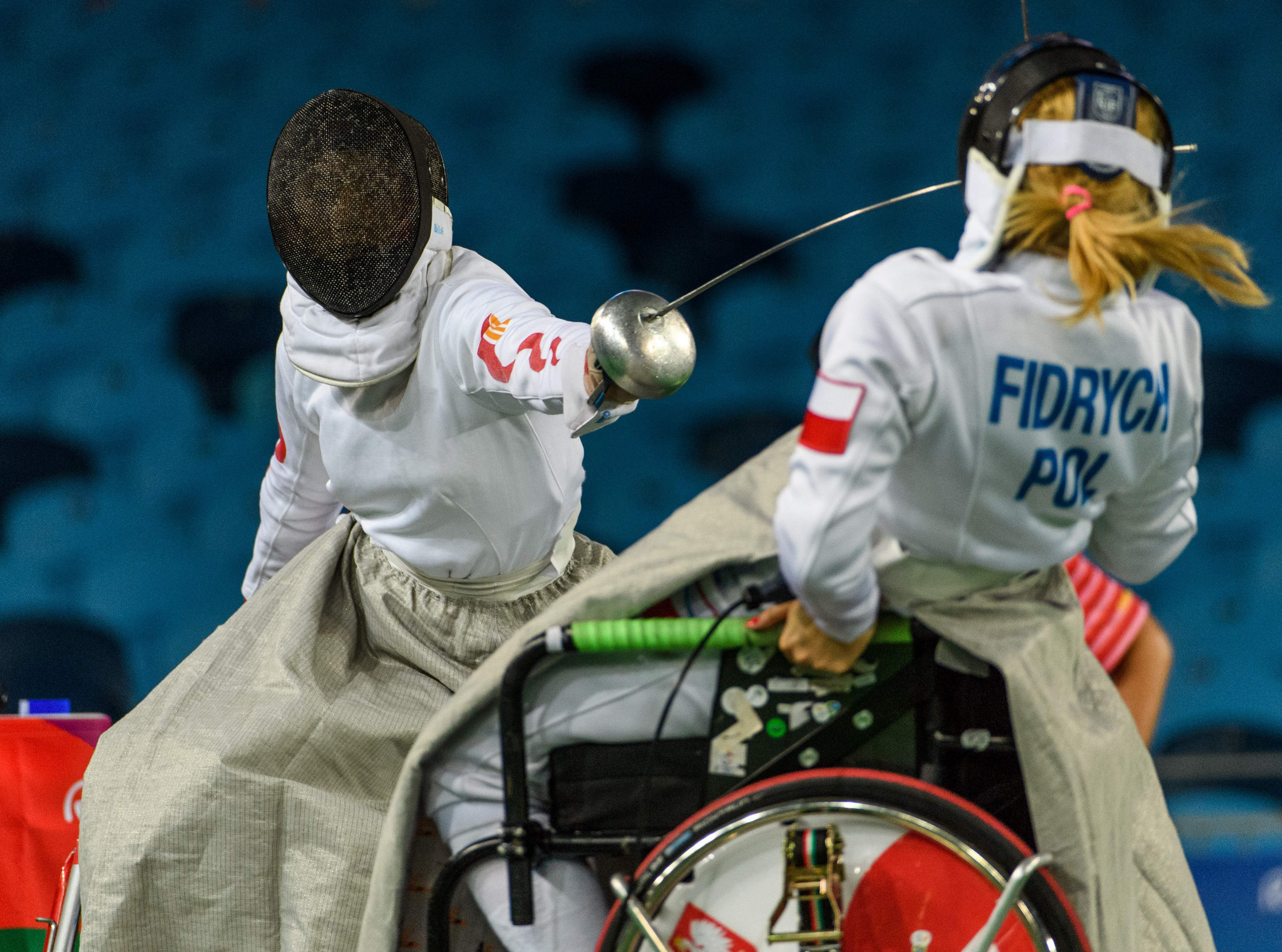 Polish fencers claimed three out of four medals available in the men's sabre B category.

London 2012 champion Grzegorz Pluta was awarded bronze alongside Shah Rashid of Britain, who achieved his best-ever performance at a World Cup.

Poland's Michael Nalewajek was crowned champion of the men's foil A category as he dispatched Matteo Betti.

The British duo of Piers Gilliver and Dimitri Coutya both claimed bronze following their semi-final defeats.

Former IWAS Youth World Games champion Maurice Schmidt of Germany reached the top of a World Cup podium for the first time in the men's sabre A category as he won gold ahead of Ukraine's Artem Manko.

Polish world number one Kinga Dróżdż regained gold in the women's sabre A category after settling for silver on her season debut in Chon Buri in May.

Poland's Marta Fidrych repeated her golden performance from Chon Buri in the women's épée category A while Collis took silver again ahead of Hungary's Amarilla Veres and Yee.

Veres’ compatriot Eva Andreja Hajmasi ended a five-year wait for gold in the women’s foil A category after beating Yee in the final.

Spain's Judith Rodriguez Menendez and Georgia's Nino Tibilashvili made up the podium.

Thailand’s Saysunee Jana continued to impress in the women’s category B events, triumphing in both the épée and foil and achieving silver in the sabre.

The United States' Ellen Geddes earned her second foil bronze of the season while Italian Rossana Pasquino was the victor in the sabre competition as well as an épée silver medallist.

The next edition of the IWAS Wheelchair Fencing World Cup is set to take place in Pisa from September 22 to 25.