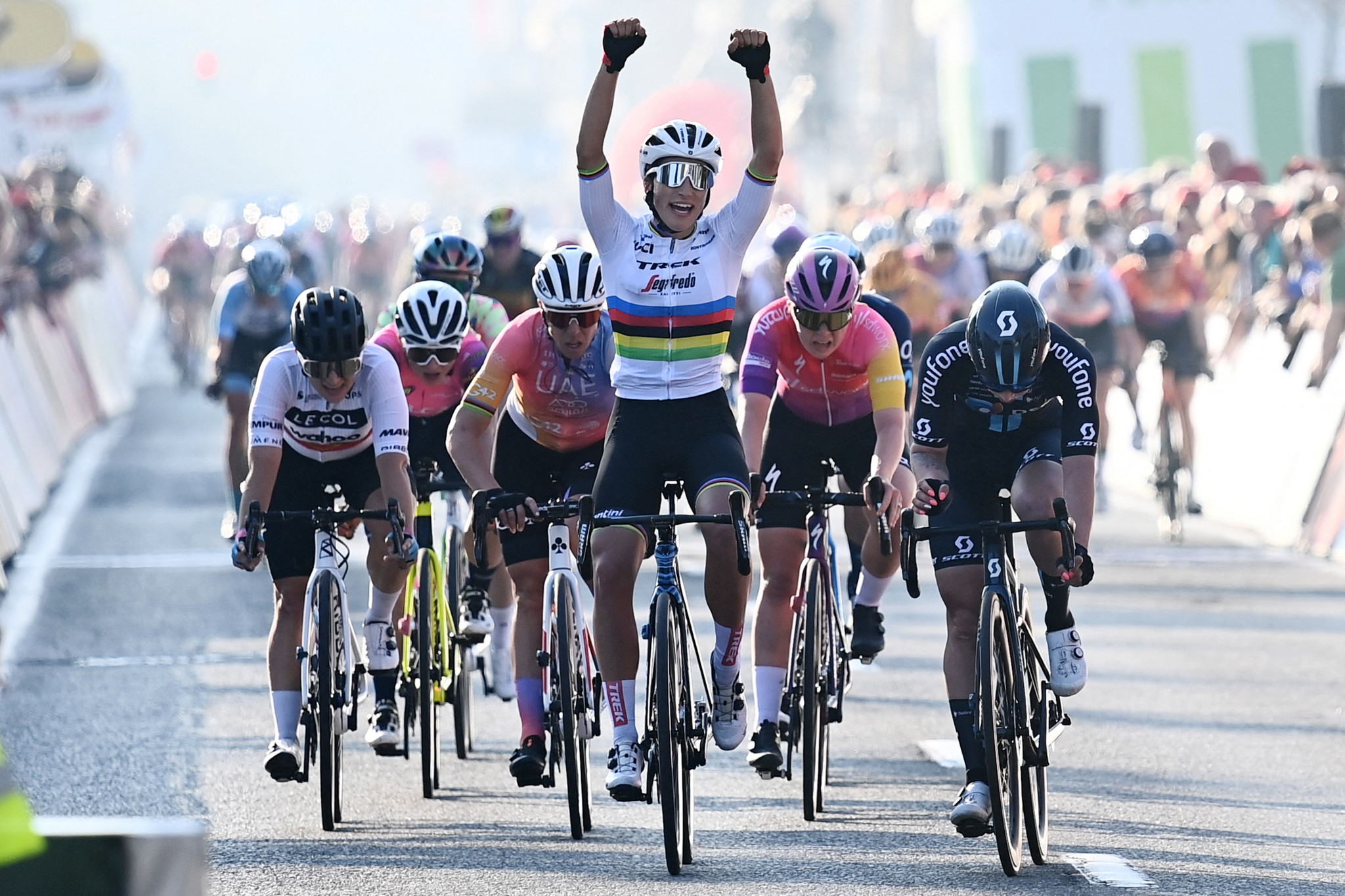 World champion Elisa Balsamo has won her second stage of the Giro d’Italia Donne after sprinting to the stage five finish line.

The Italian Trek-Segafredo rider managed to escape an earlier crash in the peloton at the flamme rouge to put her on the path to outfox Dutch duo Charlotte Kool and Marianne Vos.

Kool of Team DSM was Balsamo’s main rival heading into the final 200 metres with the two riders battling it out in the final moments of the race.

"We started the final kilometres really well," Balsamo said after the race, according to VeloNews.

Today’s stage in the #GiroDonne served the 3rd round of the sprinting contest between Elsia Balsamo, Charlotte Kool and Marianne Vos, with the Italian being the fastest this time!

"We knew I had to be first into the last corner, I tried to do my best and the team did a great job so I’m really happy.

The cyclists are set to compete tomorrow with a 114.7 kilometres battle between Sarnico and Bergamo.