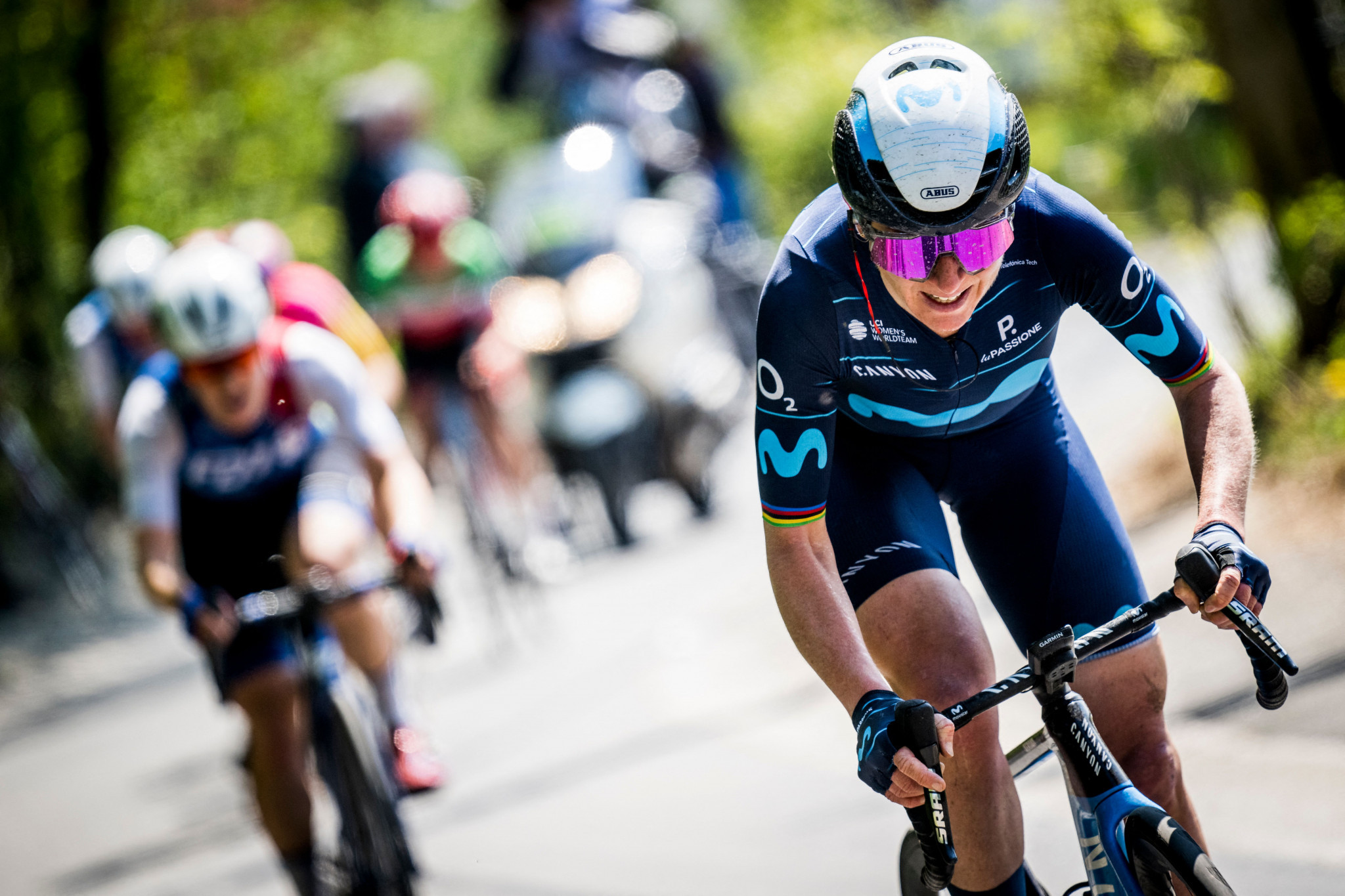 Fortune favoured the brave today at the Giro d'Italia Donne as Dutch rider Annemiek van Vleuten was one of those who made a break far from home to win the fourth stage of the race in Cesena.

The Olympic trial champion and road race silver medallist attacked with three others on the second climb of the day, 50 kilometres from home, with the Movistar cyclist crossing the line in 3 hours 13min 13sec.

Spain's Mavi García of UAE Team Emirates lost out in a sprint with the defending International Cycling Union (UCI) Women's World Tour champion, finishing a second behind in second after 120.9 kilometres.

Groupama–FDJ rider Marta Cavalli of Italy stuck with the pair until the final climb 12 kilometres from the line, fading to finish third, 43 seconds behind the winner.

Cavalli's compatriot Silvia Persico of Valcari led in the chasers 4min 51sec behind van Vleuten, while Australian Amanda Spratt of Bike-Exchange finished in the top five.

As a result, van Vleuten now leads the general classification by 25 seconds to García, while Cavalli sits third overall, 57 seconds off the pace.

Italian Elisa Longo Borghini of Trek-Segafredo, who finished sixth today, is now five minutes off the lead, but 13 seconds in front of fifth overall, Denmark's Cecilie Ludwig of Groupama-FDJ.

Spratt is sixth overall, a further second behind the Dane.