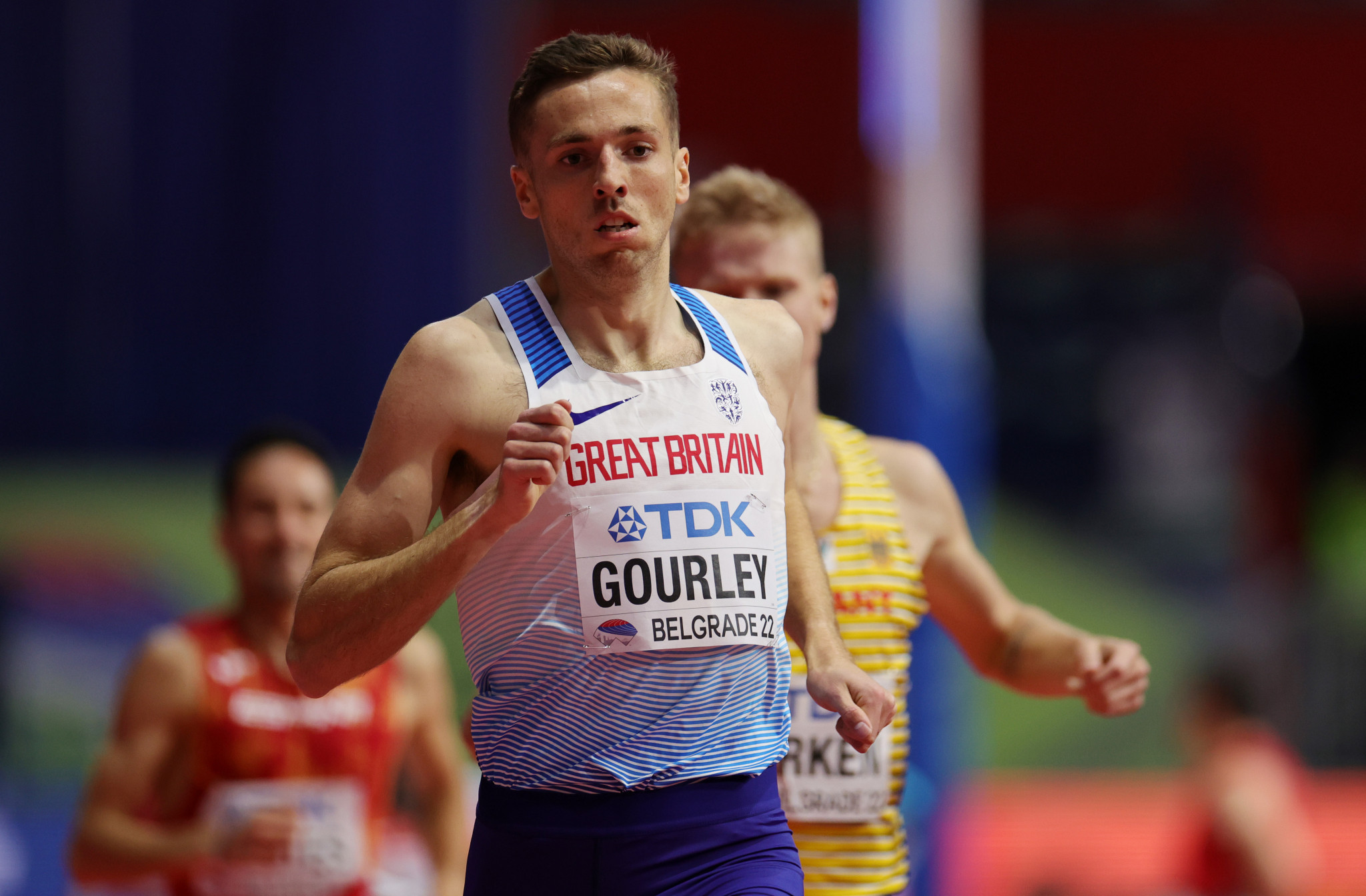 British middle-distance runner Neil Gourley is looking to complete athletics' version of the "Majors" this year, with the 27-year-old selected for the World Championships in Oregon and the Birmingham 2022 Commonwealth Games for Scotland over the next month.

Due to the postponement of the World Athletics Championships from 2021 - now scheduled to run from July 15 to 24 - the four biggest athletics competitions outside of the Olympic Games for British athletes are to take place within a six-month period.

The World Indoor Athletics Championships, where Gourley placed sixth in the men's 1500 metres final, were held in Belgrade in March and is to be followed by the outdoor equivalent in Eugene in 11 days.

The Commonwealth Games are scheduled for July 28 to August 8; and a week later, the European Athletics Championships are set to be held in Munich from August 15 to 21.

It will be the first time in history that all four take place in the same year.

After missing the Tokyo 2020 Olympic Games through injury, he returns with fellow Scots, Olympic bronze medallist Josh Kerr and Commonwealth and European bronze medallist Jake Wightman, in their bid for silverware in both competitions.

"It still adds fuel to the fire after the disappointment I had.

"When things like that happen, you’ve just got to appreciate that you're never guaranteed anything in this sport and that's why I was keen to get involved at the World Indoors, just get in that environment again because you never know when your last opportunity is going to come up.

"This this is the first time in this sport because of the backlog of COVID-19 that we’ve had four Majors this year with the World Indoor Championships and now these three outdoor Championships.

"I'm hoping to do all four, that's the main hope and I've now qualified for all four so it's just a case of keeping my body healthy and keeping it fit."

Misfortune has plagued his career either side of the COVID-19 pandemic, having had to withdraw as one of the favourites at the 2019 European Indoor Athletics Championships in his home city of Glasgow due to illness, but personal bests in the 800m and 1500m this year set him up well for a season full of opportunity.

Oregon was a second home to the Scot, who spent three years in Eugene after graduating from Virginia Tech.

There he was supported by Oregon Track Club with accommodation and physiotherapy, but when a potential Nike deal was taken off the table, he made the switch to Flagstaff in Arizona, now supported by Under Armour.

He now looks forward to racing again at Hayward Field at the World Championships, the same stadium he recently set a new 1500m personal best of 3min 34.85sec to make the standard at the Prefontaine Classic.

"Eugene always felt like a superb place to train, there's not many better places in the world when it comes to distance running in particular - great trails and Hayward Field is ridiculous," added Gourley.

"Training at that track was pretty cool looking back and it will be good to get back on it.

"It's going to be really weird, it's the most bizarre thing turning up to training in the morning to a 20,000-seater stadium and there's nobody there."

When he reaches the start line at Hayward Field in two weeks, he will hope to be joined in the final by Kerr and Wightman - two athletes he has raced against since he was a child - much like the 2019 World Championships final.

"I often talk about how annoying it is that so many good 1500m runners in this country are such nice people, because it would be a lot easier if you could go into the race with some hatred with those you're competing against," he added.

"It's hard to separate being pals with these people and being adversaries.

"Me, Jake and Josh are close in particular because we've raced each other so much and have been on teams together now.

"I've known these guys for so long, it makes it a lot better doing it with people you get along well with."

Gourley is entered to compete for Scotland at the Commonwealth Games over both 1500m and 5,000m, and will only race the 1500m at the World Championships.

The European Championships team has not been confirmed yet.